Thuya Kyaw June 15, 2017
With impressive squad depth and a daring coach, can Mexico, in their seventh FIFA Confederations Cup, repeat their title success of 1999?

Since the Confederations Cup began in 1992, Mexico have only missed out on three occasions — making them joint leaders in participation alongside Brazil with seven appearances. They hosted the tournament in 1999 and ended up winning it, beating their arch-rivals the United States in the semifinals and then Brazil in the final.

However, their last three appearances in the competition have been rather disappointing — El Tri failed to advance past the group stage in two of them, and when they did advance to the knockout round in 2005, they ended up losing both the semifinal (to Argentina) and the third place match (to Germany).

Despite historically being the best country in their region — with 10 CONCACAF titles to their name — Mexico has routinely failed to translate that success onto the greater international stage. The team has gone out at the round of 16 stage in the last six World Cups, leaving their passionate support craving the next step.

With the country being home to 119 million football-mad people and with a tremendous amount of resources being provided for the national team, the nation approaches the 2017 Confederations Cup and 2018 World Cup with heightened expectations. 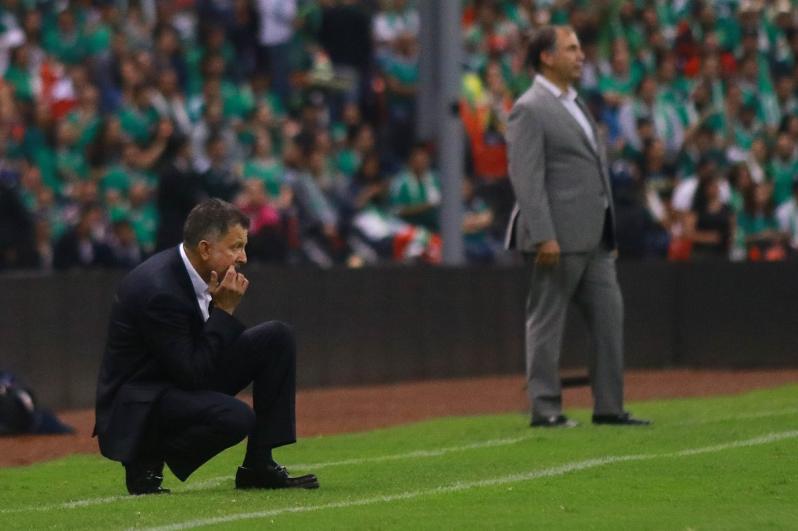 It looked as if Mexico had finally found the right coach to lead them when the federation brought in Miguel Herrera back in 2013. Herrera had achieved success with Club America during the 2013 Liga MX Clausura campaign, and when the national team was flirting with total disaster in qualifying for the 2014 World Cup, they turned to him to help steady the ship.

El Tri, with a little help from the United States and Graham Zusi, would ultimately qualify for an intercontinental playoff and beat New Zealand 9-3 on aggregate to reach Brazil 2014.

They went on to have a good run in the tournament, winning twice while drawing against the hosts to finish second in their group. Unfortunately, they were knocked out again in the round of 16 by that infamous moment now only referred to as “no era penal.”

Herrera remained in the job after the World Cup and led the side to another Gold Cup victory in 2015. However, he was surprisingly sacked the next day after punching a reporter at an airport, immediately destabilizing the team once again.

Ricardo Ferretti briefly took over the job for the CONCACAF Cup against the U.S., which was organized to determine who would represent the region for this Confederations Cup. After the extra time victory, the Brazilian returned to his club side Tigres, which led to the federation bringing in another manager.

The national team finally sorted out the coaching situation in October of 2015 when they hired Juan Carlos Osorio, the first ever Colombian to take charge of El Tri. Nicknamed the Professor, he became the nation’s 12th coach in just nine years. Because of Osorio’s lack of experience in international football and the always controversial decision to have a foreigner lead the national team, questions were raised about his hiring.

But the 56-year-old has largely proven his critics wrong since being appointed. He went on a 22-game unbeaten run, which lasted for seven months.

An extremely organized coach, he sets the team out to fit his philosophy and chooses specific players depending on who the opponents are, so Mexico are usually heavily rotated. It has worked well for Osorio most of the time, but not having a definite starting line-up can certainly destabilize a team.

The 7-0 hiding against Chile in last year’s Copa America Centenario was a perfect example of this, and the manager apologized for what he called “an embarrassment”.

The Colombian, however, seems to have learned from his mistakes, and he’s been rotating the squad less in most important matches. Despite having the team flying through World Cup qualifiers, he needs to have a good Confederations Cup in order to be at Russia next summer. 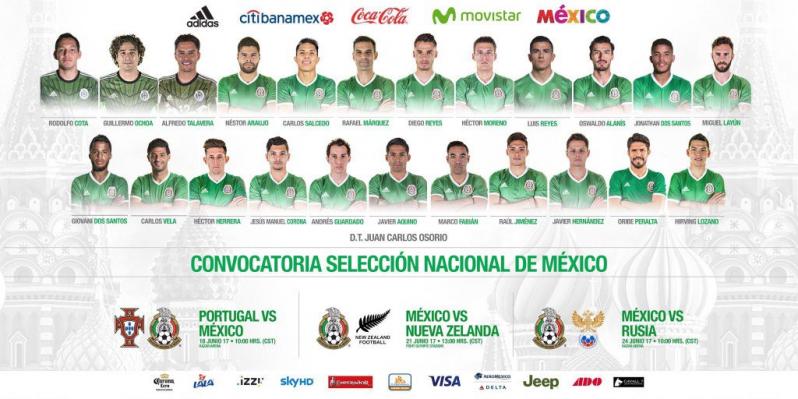 Mexico is blessed with a huge player pool with domestically-based Liga MX players and those who ply their talents abroad. However, they might be slightly weakened due to some key players missing with injuries or for personal reasons.

It’s confirmed that highly rated winger Jesus “Tecatito” Corona is set to miss the tournament for reasons concerning his family, which is a big blow for El Tri.

Veteran Cruz Azul goalkeeper Jose de Jesus Corona and Club America midfielder Paul Aguilar also had to pull out with injuries, while the likes of Orbelin Pineda, Jurgen Damm and Jesus Duenas are all notable omissions from the star studded squad.

Despite those absences, Mexico still have plenty of attacking options. They will most likely count on Bayer Leverkusen’s Javier “Chicharito” Hernandez to lead the line, but Real Sociedad’s Carlos Vela, reportedly Manchester City-bound Hirving Lozano, Villarreal’s Jonathan dos Santos, Benfica’s Raul Jimenez and Porto’s Hector Herrera are all there to create danger in the final third.

Carlos Vela has equalized for Mexico! Game. On. #USAvMEX https://t.co/TESnWekp5I

El Tri also boast one of the strongest defensive lines they’ve had in a while. With so many of their defenders playing in Europe — Carlos Salcedo of Eintracht Frankfurt, Diego Reyes of Espanyol, Miguel Layun of Porto and Hector Moreno of Roma — this is an experienced group. In addition, captain and former Barcelona star Rafa Marquez is fit for the tournament. 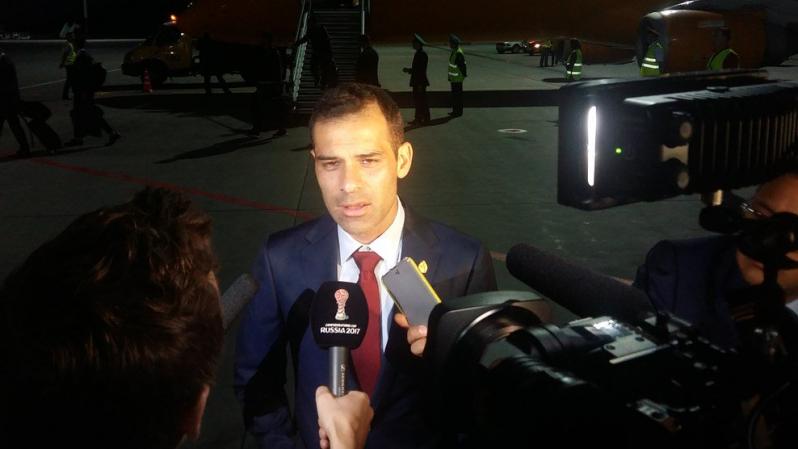 Given the strong squad and tactical know-how of Osorio, there’s no reason not to include Mexico among the favorites for this tournament. They, potentially, look as good as any other side that’ll be competing in Russia.

Anything less than a semifinal appearance will be a failure for this team, especially when considering they’ve avoided both Germany and Chile in the group stage. El Tri needs to use this competition to show the world that they’re capable of competing with the world’s best. 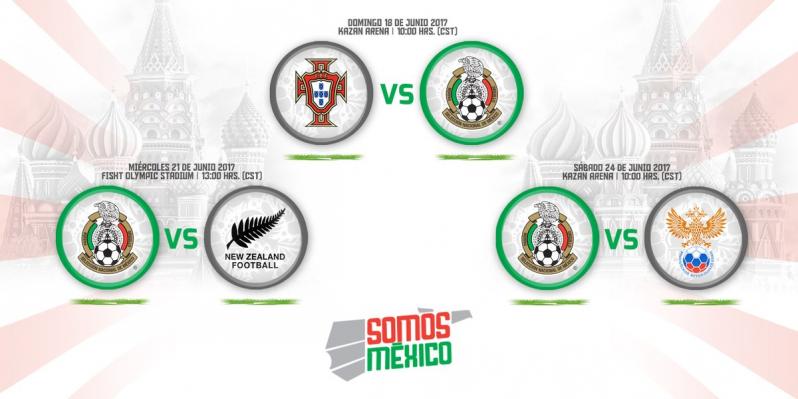 New Zealand: Will New Zealand Punch Above Their Weight Class In Russia?

Russia: How Will Russia Stack Up Against The Best National Teams In The World?