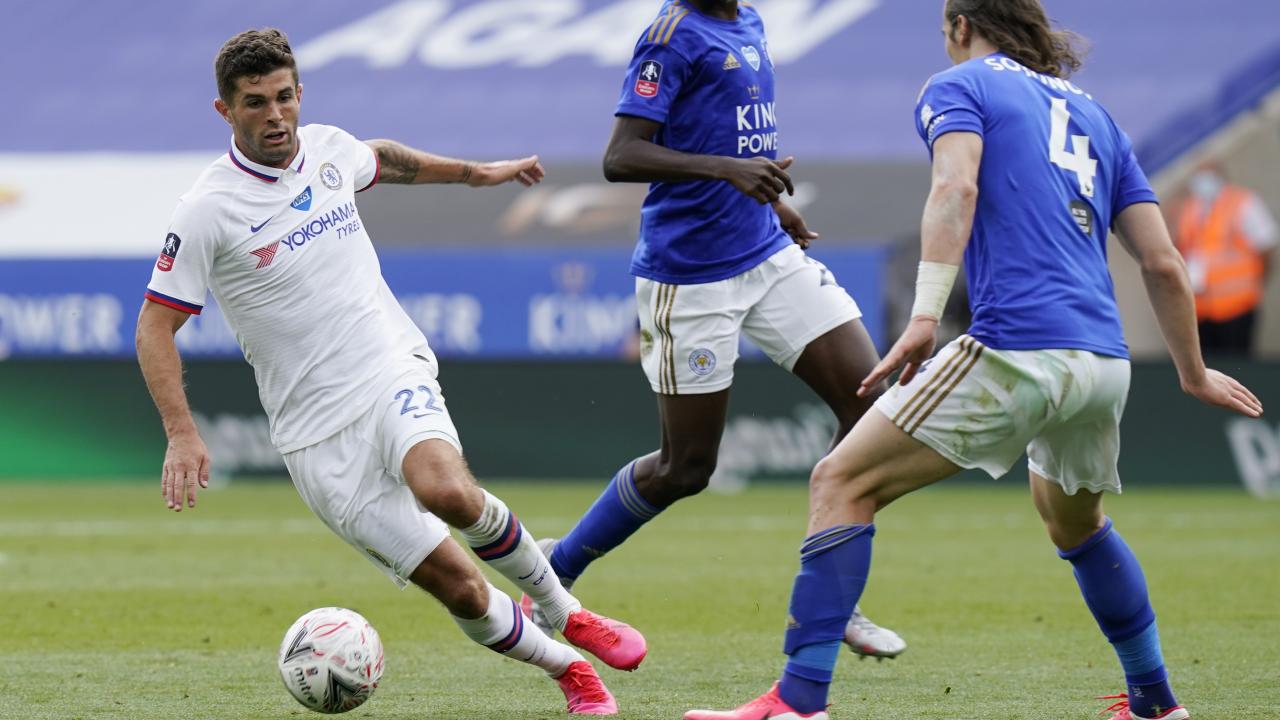 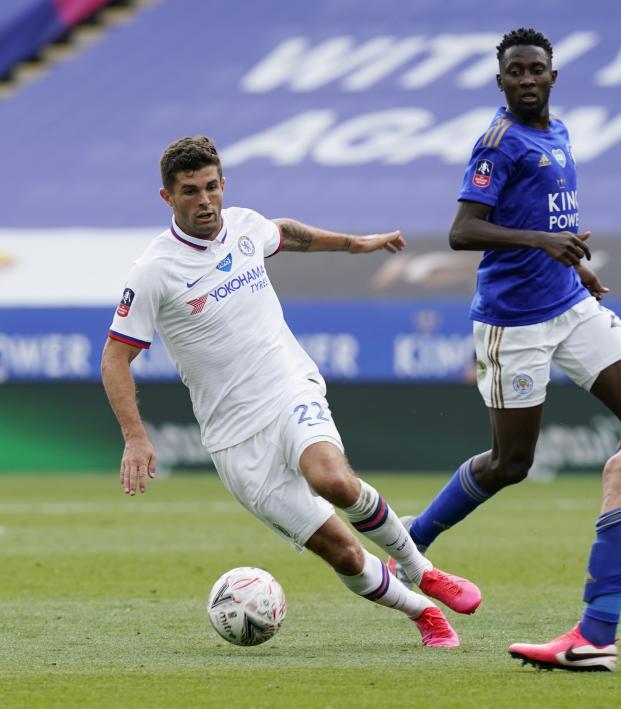 Connor Fleming June 28, 2020
The 21-year-old American was one of Chelsea’s standout performers on Sunday.

Chelsea advanced to the semifinals of the FA Cup with a 1-0 victory over Leicester City at the King Power Stadium on Sunday. The tightly contested match was settled by Ross Barkley’s finish in the 63rd minute off a delicious piece of service from Willian.

Leicester came roaring out the gates and overwhelmed Chelsea’s young midfield duo of Mason Mount and Billy Gilmour, forcing the 19-year-old Gilmour into mistake after mistake but failing to fashion anything to deeply trouble Willy Caballero.

The Blues then gained a foothold in the match with Christian Pulisic — making his first-ever FA Cup appearance — looking dangerous on the dribble. In the 23rd minute, a marauding Pulisic run ended with a cynical challenge and yellow card for Çağlar Söyüncü, and then the 21-year-old American almost opened the scoring on the half hour mark.

But Leicester’s ability to harass Chelsea into mistakes was immediately addressed by Frank Lampard at halftime with Gilmour, Mount and Reece James all getting the hook.

It was Gilmour’s replacement, Barkley, who then opened the scoring in the 63rd minute off Willian’s feed.

Pulisic lasted 72 minutes before making way for Ruben Loftus-Cheek as Chelsea held on for the 1-0 win.