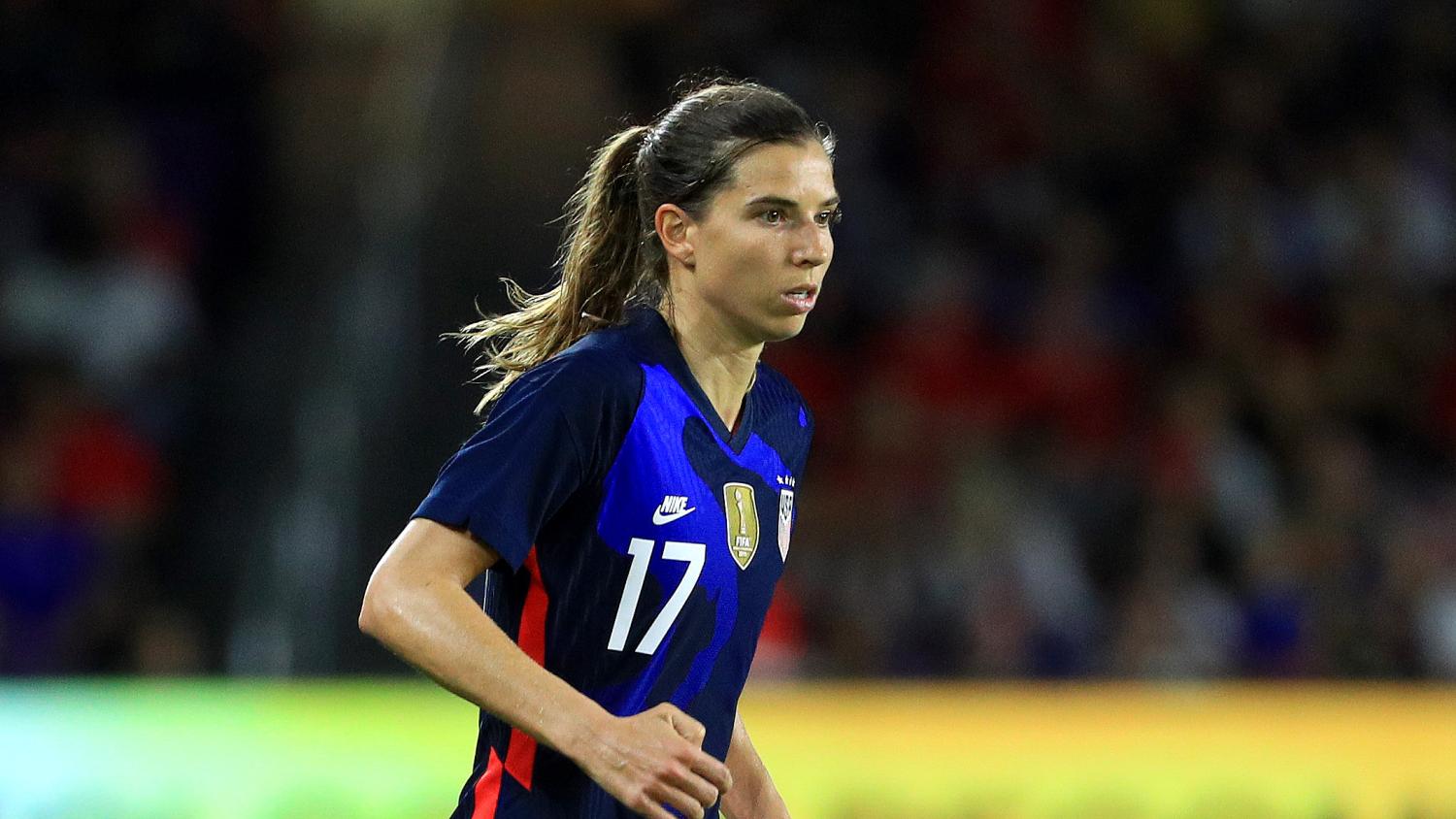 If England is looking for a scapegoat for its 2-0 defeat to the USWNT during the SheBelieves Cup on Thursday night, it needn’t look any further than its very own Georgia Stanway. Moments after Stanway committed the most unsportsmanlike challenge of the night, Christen Press scored yet another gorgeous curler.

The Three Lionesses, who won the 2019 SheBelieves Cup in part thanks to a 2-2 draw with the U.S., again showed they’re capable of hanging with the best teams in the world in the first half. Even without a coach of any sort of pedigree, this England squad is undoubtedly deserving of being mentioned with the best in the world.

But the team made a vital mistake in the 52nd minute.

With the U.S. looking to break from its own box, Tobin Heath began looking for an outlet. Except her head couldn’t look up because it was being yanked back by Stanway. The Manchester City midfielder pulled on Heath’s ponytail to stop the counterattack.

Tobin Heath got her hair pulled on the 52nd minute. The USWNT scored two goals in three minutes after that. Was it karma?pic.twitter.com/O2wJSR2FM6 #USWNT #USAENG #SheBelievesCup https://t.co/japlPG2Ebw

Shockingly, Stanway didn’t receive a booking of any kind, the referee not deeming the unsporting play worthy of a yellow, let alone a red.

But that didn’t mean the deed went unpunished.

In the clip, you can clearly see Press watch her dear friend and teammate get her hair pulled. Press didn’t yell at the ref or get in Stanway’s face. She got revenge.

Moments after the hair pull, Press scored this beauty to put the Americans ahead 1-0.

And the U.S. wasn’t done. Carli Lloyd, who was also near the play, made it 2-0 in the 55th minute off of a beautiful pass from Lindsey Horan.

when it comes to @CarliLloyd and scoring, it's bangers only thank you. pic.twitter.com/tw446gw8yw

Heather O’Reilly perfectly summed up the five-minute span that decided the match.

I think the last two minutes might have been karma. You can’t pull ponytails in football. It’s just. Not a good look. Well done @USWNT @ChristenPress @CarliLloyd @TobinHeath

Next up for the U.S.: a match against Spain on Sunday at Red Bull Arena in Harrison, New Jersey. Spain beat Japan 3-1 in the opening match on Thursday, making Sunday’s showdown a possible tournament decider.

Despite Spain’s win, Japan actually scored a goal that may have been even better than the Christen Press goal vs England.