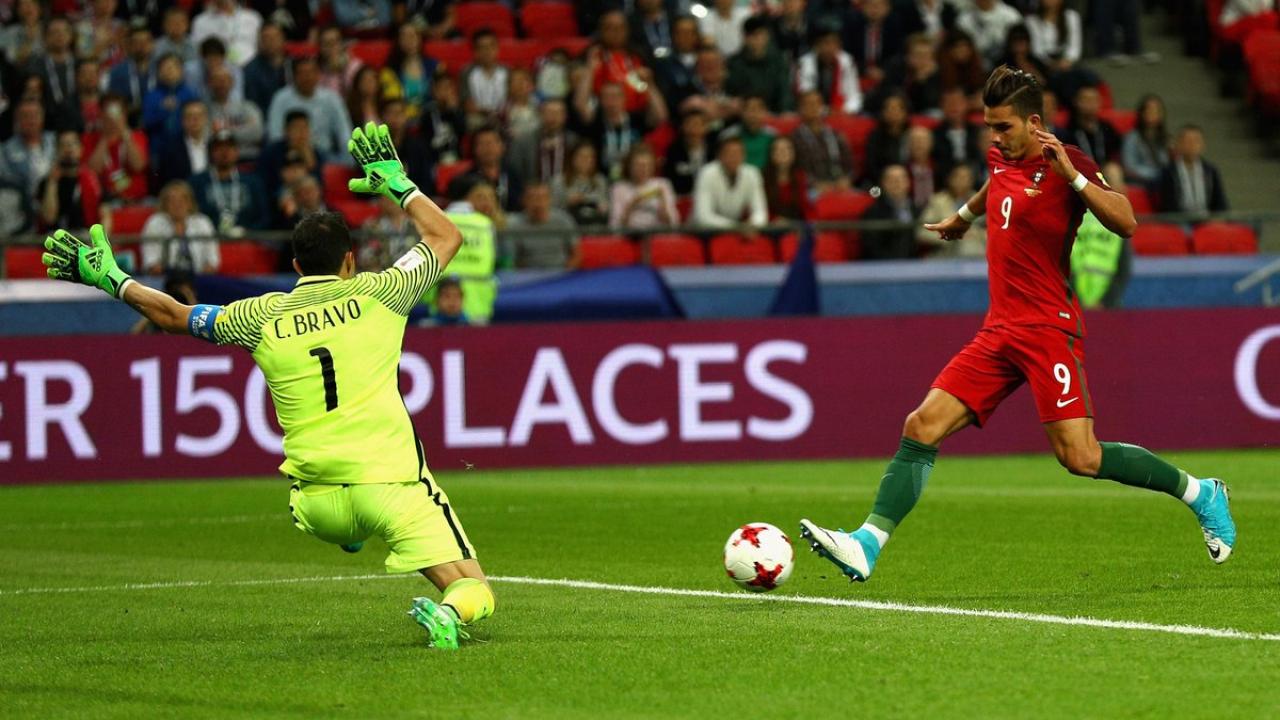 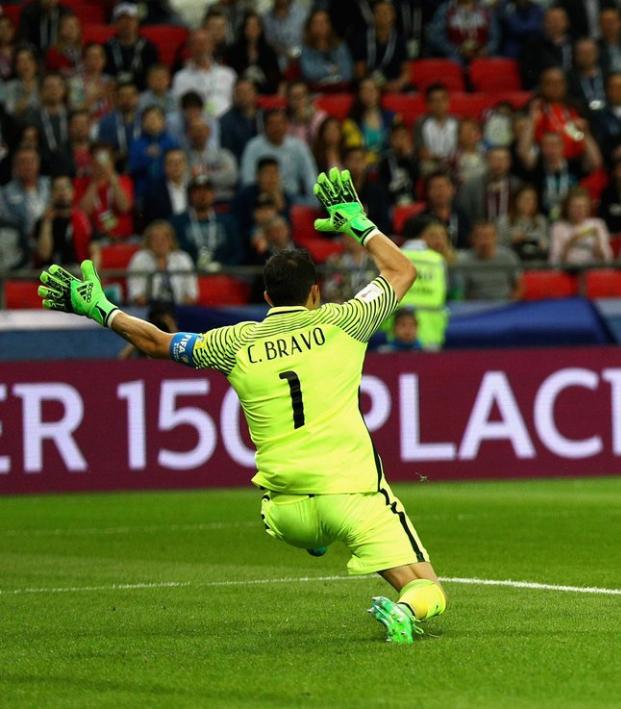 Connor Fleming June 28, 2017
Claudio Bravo was ultimately the hero in penalties, but Chile are deserved finalists at the 2017 Confederations Cup.

Claudio Bravo, Chile’s goalkeeping hero during penalty shootout victories over Argentina at both the 2015 and 2016 Copa America finals, came up trumps again against Portugal at the 2017 Confederations Cup semifinal stage. Bravo faced penalties from Ricardo Quaresma, Joao Moutinho and Nani, saving all three of them.

Arturo Vidal, Charles Aranguiz and Alexis Sanchez all converted for Chile, and Cristiano Ronaldo never even got an opportunity at his spot kick. Chile will now await the winner of Mexico vs. Germany in Sunday’s final.

The match started at a roaring pace. A disguised pass from Sanchez put Eduardo Vargas through on goal, but Rui Patricio was out quickly to save. Immediately at the other end, Ronaldo sent a perfectly weighted ball from the left to the feet of Andre Silva.

The AC Milan striker should’ve buried the chance, but he allowed Bravo the opportunity to make the save.

Chile ended the first half in the ascendency, and Vidal should’ve given them the lead in the 52nd minute but he put his header over from six yards out.

Patricio then made a good save on a Vargas overhead kick before Ronaldo sent a howitzer of a shot straight at Bravo.

Both teams enjoyed good spells of possession and created a number of half-chances, but the match, somehow, remained scoreless after 90.

Vidal was a standout performer for Chile throughout regular time while Barcelona’s much criticized Andre Gomes was effective in possession but absolutely dreadful from 20-25 yards out.

Chile had four excellent chances in extra time. First, Sanchez sent an uncontested header fizzing just wide of the post. In the 114th minute, Jose Fonte appeared to bring down Francisco Silva in the box, but the referee waved it away and no VAR review was forthcoming

Then, with only two minutes remaining before penalties, Vidal struck an outrageous half volley that came crashing back off the inside of the post. Martin Rodriguez attempted to direct the rebound back on frame, but his effort struck the bar in a wild finish.

HOW did Chile not score a late winner here?

Bravo was perfect in the shootout, and Chile now have the opportunity at a third piece of silverware in three summers.