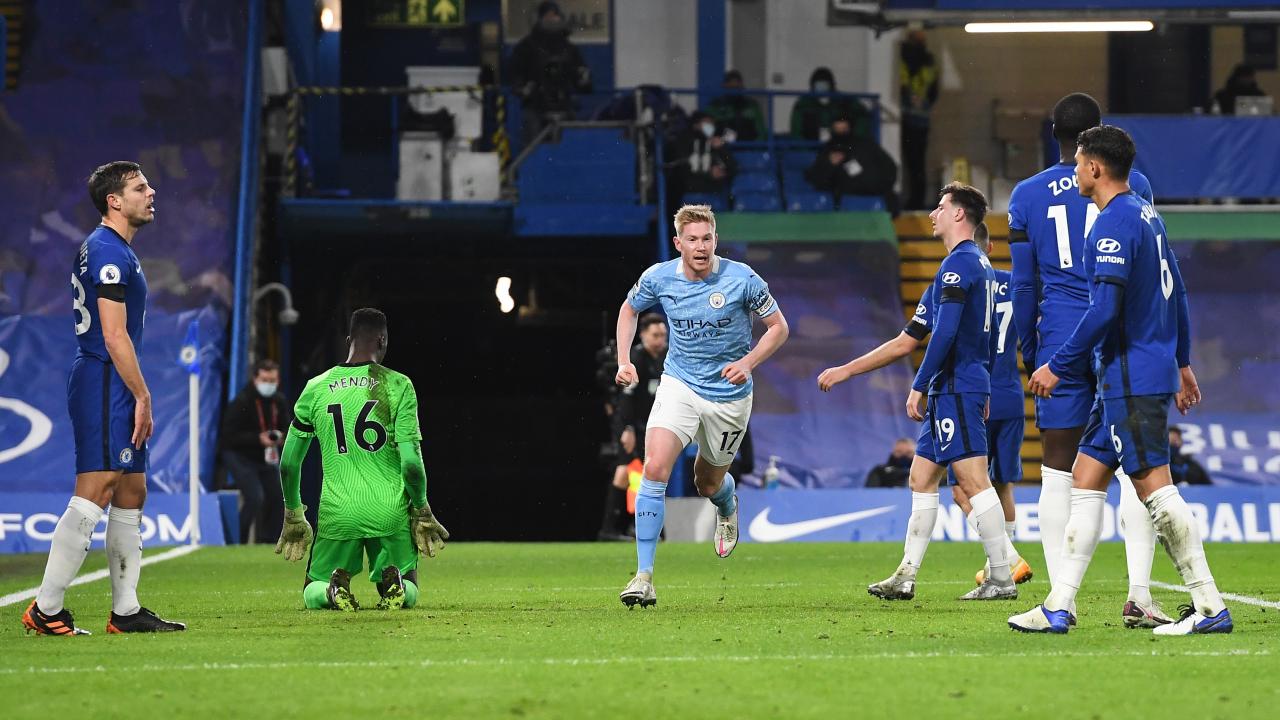 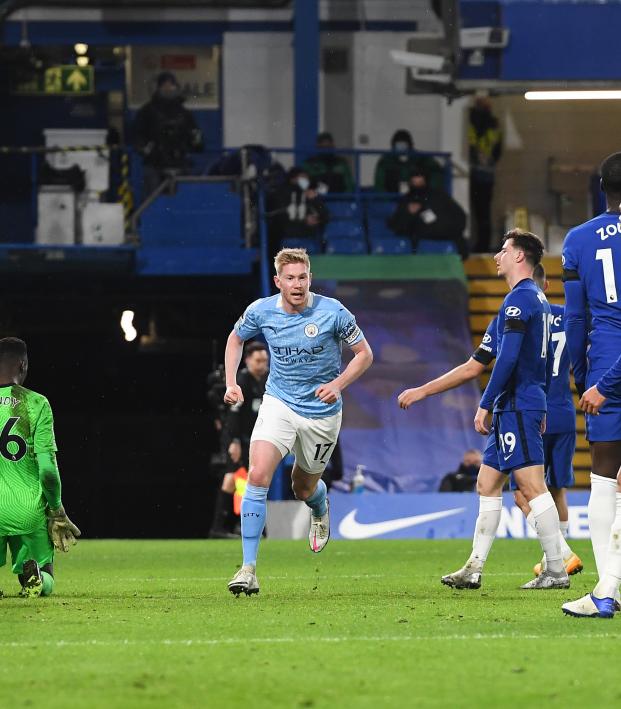 Connor Fleming January 3, 2021
Pep Guardiola’s side went up 3-0 at Stamford Bridge inside 34 minutes.

There’s no substitute for experience. Manchester City manager Pep Guardiola, who’ll turn 50 this month, spent the buildup to Sunday’s match against Chelsea explaining as much.

“No, of course I am better, definitely,” Guardiola said of his current skill set. “Experience helps you — especially the way I live my profession. Before I thought I would retire soon, now maybe I am thinking I might retire older. I don’t know. 50 already, it is a nice age!”

That expertise was on display at Stamford Bridge as City — playing without a traditional No. 9 — had Chelsea chasing shadows throughout an opening 45 minutes that eviscerated the home side.

Phil Foden helped İlkay Gündoğan open the scoring, Kevin De Bruyne created one for Foden and then the Belgian midfield maestro completed the scoring himself in a first half display that left Frank Lampard’s side decimated.

While Guardiola boasts managerial experience of over 700 games dating back to his time with Barça B in 2007, Lampard’s own time in the dugout didn’t begin until 2018 and hasn’t yet reached 150 games.

Despite that relative inexperience, there’s little room for patience at Chelsea. The players haven’t had nearly as much time together as their City counterparts, but when you have a front three that cost nearly $200 million — as today’s pairing of Christian Pulisic, Timo Werner and Hakim Ziyech did — you’re expected to trouble a goalkeeper making his Premier League debut more than this.

USMNT shot-stopper Zack Steffen, deputizing for Ederson while he self-isolates, showed his nerves in the opening minutes when picking up a back-pass, but it was smooth sailing from there for the 25-year-old.

City quickly took control of the match with a high press that Chelsea struggled to play through, and De Bruyne should’ve made it 1-0 in the 16th minute. But his miss was quickly rectified by Gündoğan, who deftly turned Thiago Silva before applying the perfect finish in the 18th-minute.

MY GOODNESS. The setup and the FINISH from City. #MyPLMorning pic.twitter.com/NsDRTWU43d

Guardiola’s side continued to tear after Chelsea and one became two just three minutes later after De Bruyne played it through the legs of César Azpilicueta for Foden to finish.

That man Phil Foden makes it TWO and City are FLYING #MyPLMorning pic.twitter.com/AwIgM0BmlV

The hammer blow was the third goal in the 34th minute, and this one was self-inflicted from a Chelsea perspective. A Blues free kick in City's third was repulsed back to N'Golo Kanté, who absolutely had to lift it back into the City area as the last man. He couldn’t, City was off to the races and De Bruyne eventually finished the opportunity after Raheem Sterling curled one onto the post.

My goodness, what a counter attack from City

Rodrigo, Gündogan and Bernardo Silva kept things flowing at an incredible clip for City — the same couldn't be said for Kanté, Mateo Kovačić and Mason Mount. Guardiola’s team stayed high and wide and the Blues couldn’t handle it.

Chelsea would pull one back in second half stoppage time after Callum Hudson-Odoi got on the end of a Kai Havertz cross, ruining Steffen’s dream clean sheet.

Pulisic faced the media after the defeat, saying that his side needed to show character after slumping to another poor result.

“Obviously the first half, the way we conceded goals through a lot of counter situations,” Pulisic said when asked to diagnose the loss. “We weren’t prepared to stop that. The first half let us down. It’s tough. We’re in a tough period right now. We have to turn it around because we do need to start getting results quickly.”

Again, it’s a Chelsea team that needs more time together, but Lampard now has the worst points per game record in the Premier League amongst managers under the ownership period of Roman Abramovich.

Chelsea is in eighth — level on points with Aston Villa, Southampton and West Ham — City climbs to fifth while maintaining a match in hand on the teams above them.