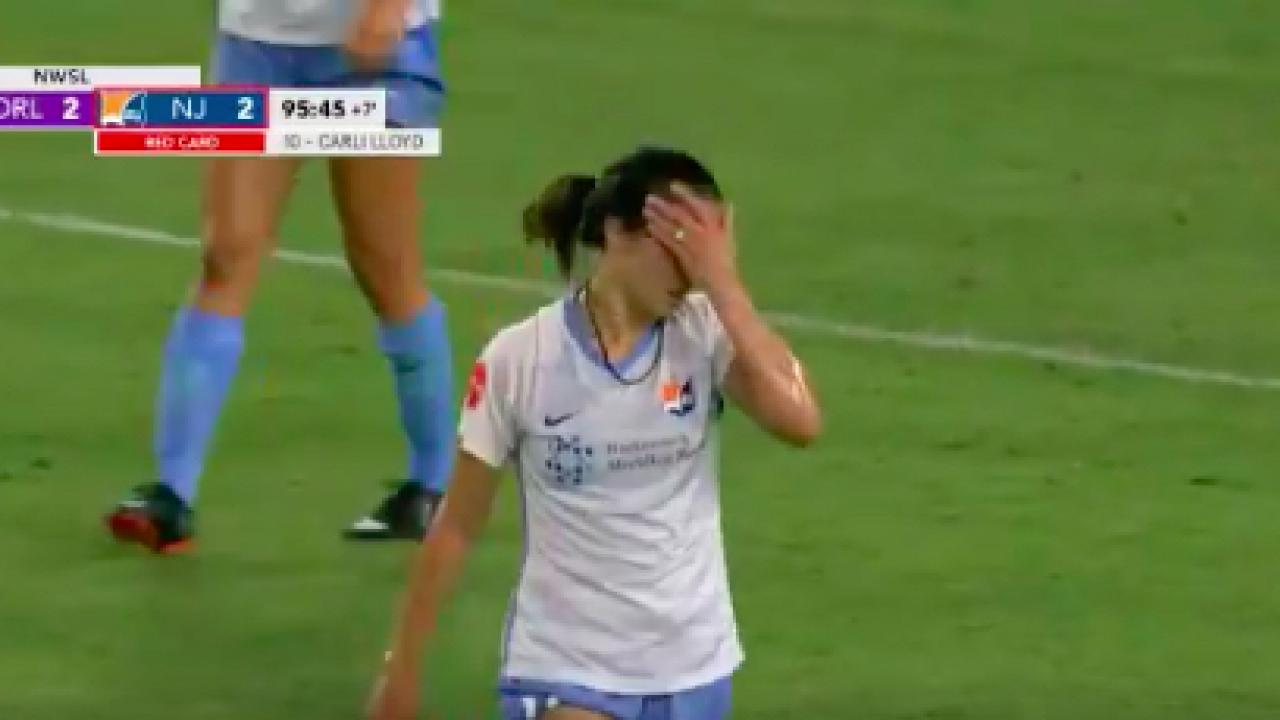 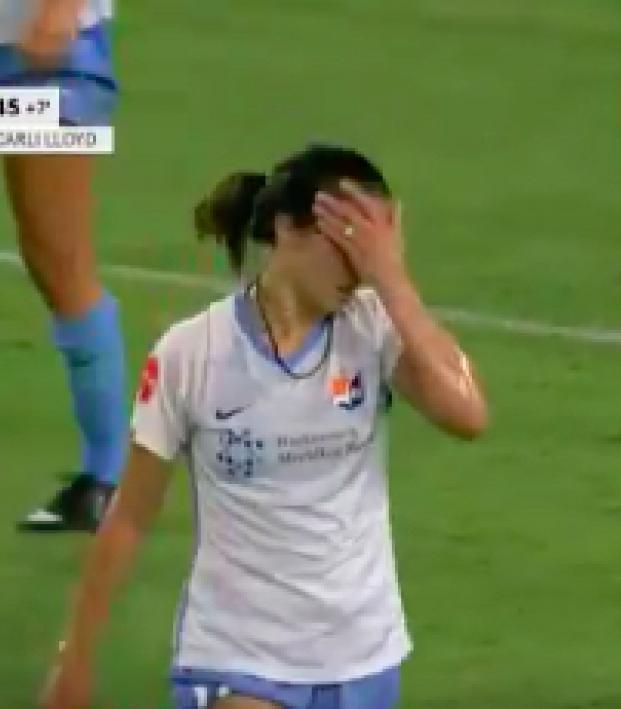 Hannah Lichtenstein August 6, 2018
It was a wild finish in extra time in Orlando.

There was something vaguely familiar about yesterday’s Orlando Pride vs. Sky Blue match up: a handball clearance off the line in crunch time, a red card, a penalty, a penalty save. All right, it’s not exactly a World Cup knockout game and Carli Lloyd didn’t know much about the goal-saving move (it seems), but one can’t help but think of a certain Uruguayan striker by the name of Luis Suarez after seeing this.

With the clock winding down Sunday night, Sky Blue looked to have bagged a hard-earned point on the road against a formidable Orlando side. That is, until the 97th minute when an aerial skirmish in the 18 led to a Carli Lloyd hand ball on the goal line.

The wind was knocked out of the New Jersey sails — for the umpteenth time this season. Sky Blue is winless in 17 games in 2018 and stuck firmly at the bottom of the league table. They’re on their way to beating the record for the worst NWSL campaign, not exactly a badge of honor to say the least.

Lloyd was swiftly sent off, the Pride were awarded a penalty and pretty much the last person you'd want to see if you’re a New Jersey fan stepped up to take the spot kick — Marta.

Canadian goalkeeper Kailen Sheridan put on her cape and became the hero, however, saving the Brazilian’s attempt.

So. A lot happened in stoppage time. Lloyd sees red for a handball in the box, Marta takes the PK, Sheridan makes the save. It is still 2–2. #ORLvNJ | #NWSL | Stream: https://t.co/6j8Kty2LhT pic.twitter.com/MhGZ2tV246

It’s no three points, but hey, perhaps this is a sign that luck may be turning for Sky Blue. No one wants to see them beat the record for worst NWSL team ever, particularly after news broke about poor conditions at the club. Insult has been added to injury for the side for long enough and the league and fans of the women’s game will be hoping Sky Blue gets that elusive win before the season comes to a close. At the very least, Carli Lloyd deserves NWSL Save of the Week honors!

We had a wild time in Orlando.#ORLvNJ highlights, right here. pic.twitter.com/6LhL405pjV