Budweiser Will Be First Beer Company To Sponsor The NWSL

Marlee Burridge July 9, 2019
It's time to get behind these athletes.

After the USWNT won its fourth World Cup, second in a row, Budweiser made an announcement. 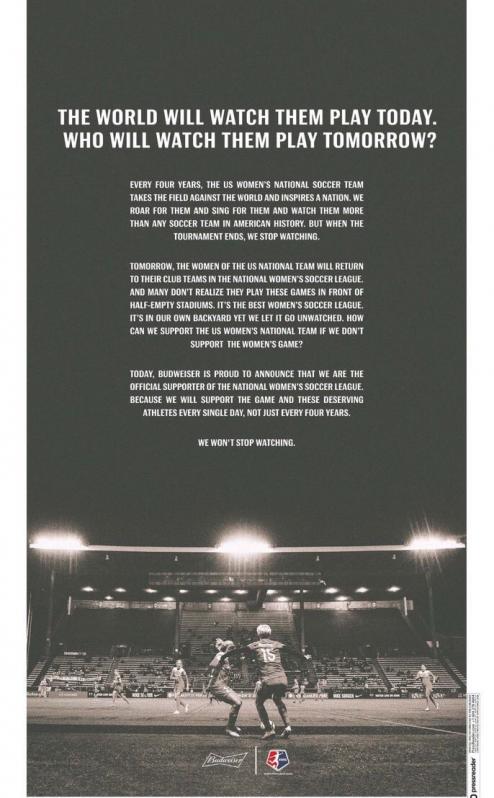 Budweiser will be the official supporter of the National Women’s Soccer League.

Budweiser signed a multi-year deal with the NWSL, the kind of long-term commitment women’s soccer needs. If the women in the NWSL want a real shot at equal pay, they need to bring in more revenue right? That means they need big companies, like Budweiser, to step in and help close the advertising disparity between men’s and women’s soccer. To help make women’s soccer just as visible as men’s soccer.

If the principle of equality isn’t motivation enough, I’ll let these companies in on a little secret: There’s a lot of money to be made in women’s soccer. It’s like an undiscovered gold mine sitting right under your noses. Now they’re listening.

This Budweiser deal is a small step for advertisers and could become a giant leap for women’s soccer.

But it doesn’t stop there.

Try it out. Support your women’s soccer teams because it’s important — and it’s a boatload of fun. Every year, every season, every game, every day.