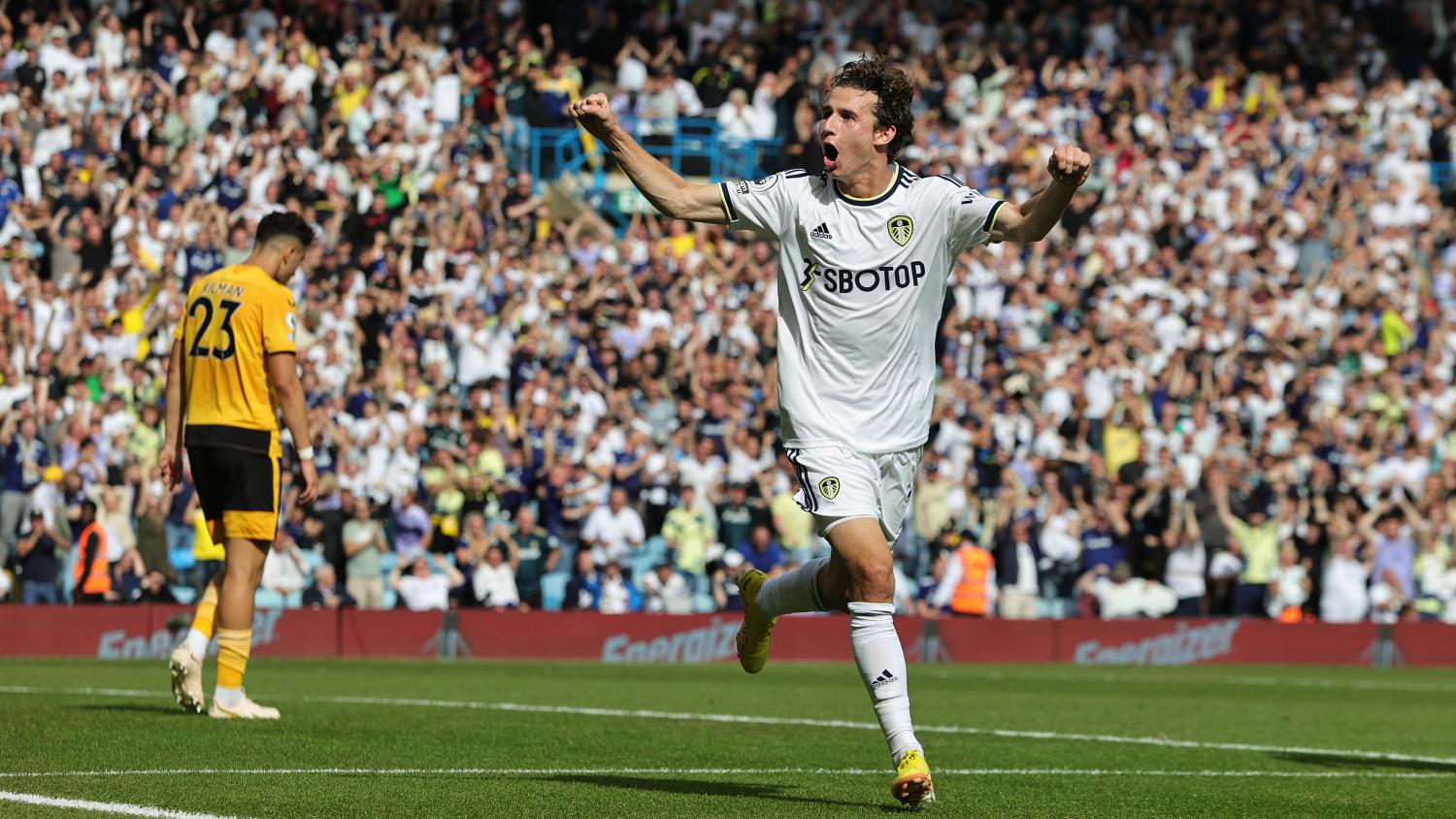 American and Leeds United fans couldn’t have had a better Saturday as USMNT forward Brenden Aaronson grabbed a game-winner, sort of, in a 2-1 victory vs. Wolves. He and Tyler Adams looked great in their first Premier League game.

With the score tied at 1-1 late in the second half and Wolves looking the more threatening side, Leeds and manager Jesse Marsch needed something special.

A dangerous and precise pass from Adams got the move started for Leeds and then a cross from Patrick Bamford found Aaronson for the winner in the 74th minute.

Aaronson game winner for Leeds on Premier League debut. Goal capped off a terrific all around performance from him pic.twitter.com/7bQAOarbuo

The goal didn’t count for Aaronson but was instead counted as an own goal for Wolves defender Rayan Ait-Nouri.

You absolutely hate to see that. Aaronson is claiming that the goal was actually his.

Aaronson is claiming it... @MicahRichards

"I think it came off me! I can remember touching it with my leg. We shall see, I hope they give me credit though. This is the way we wanted to start the season. Awesome."#LUFC

Leeds fans won’t look at Aaronson any different as the American was given a standing ovation from Elland Road as he was substituted off in the 85th minute.

Aaronson was also involved in Leeds’ first goal in the 24th minute. The ‘Medford Messi’ refused to give up on an attack that had seemingly broken down and won the ball back to help set up Rodrigo Moreno’s near-post goal.

The Aaronson pressure makes it happen

He received even more praise via Twitter as Leeds fans have already started to fall in love with their new American signing.

Aaronson really looked like he belongs in the EPL. Small sample size for now but encouraging regardless

It was an intense game between Leeds and Wolves which was punctuated with a dust-up between Marsch and Wolves manager Bruno Lage after the final whistle.

Jesse Marsch & Bruno Lage appear to get into an argument after the final whistle.

If you’re an American and you don’t have a Premier League team to support, go ahead and buy yourself a Leeds United jersey.