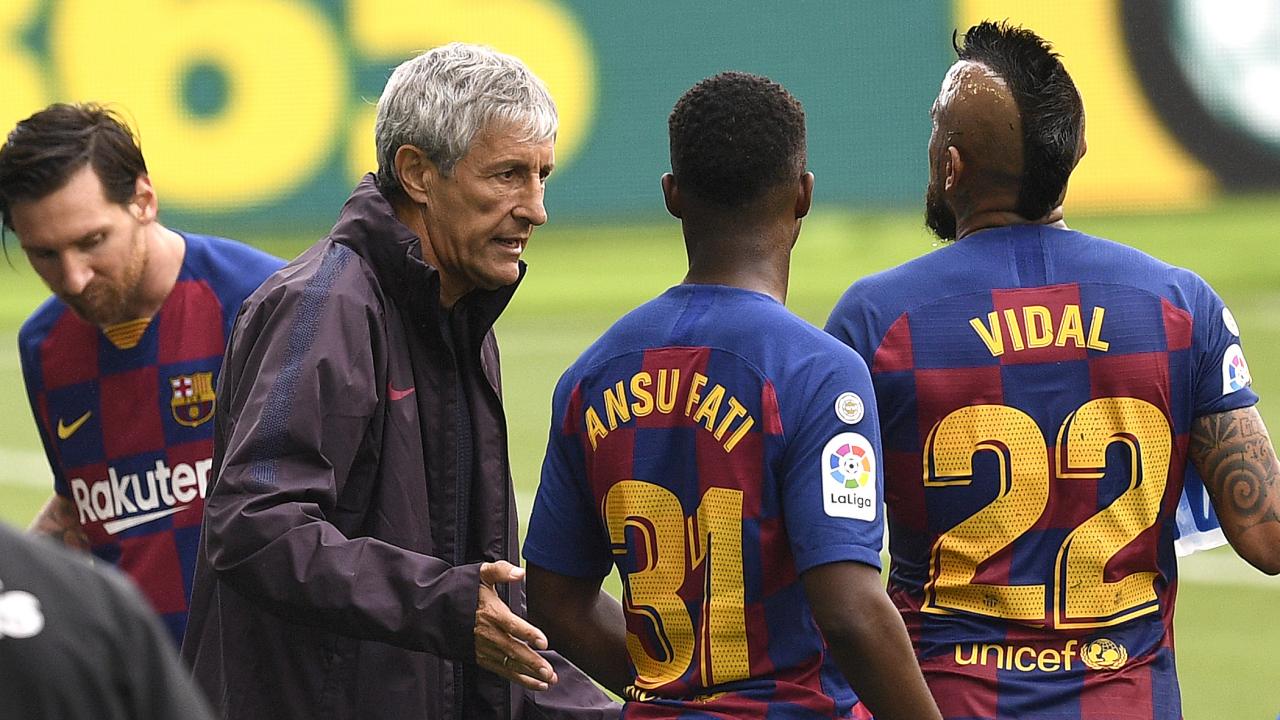 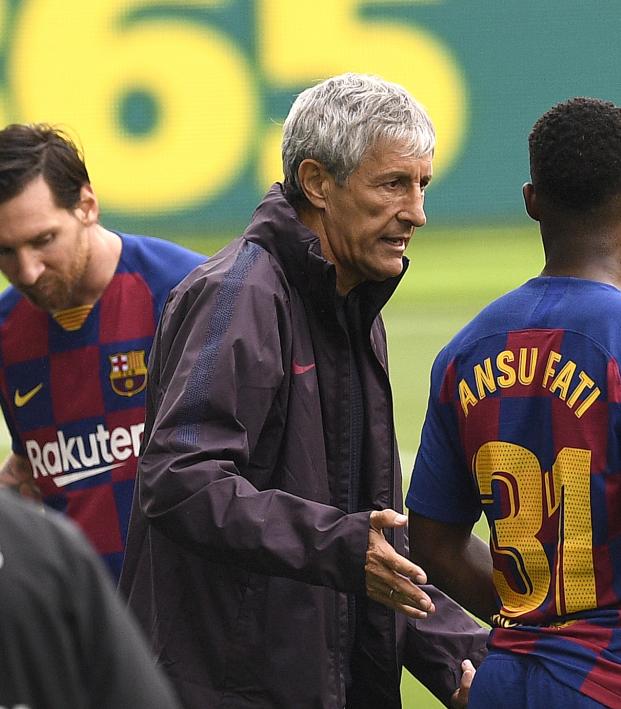 Reuters June 29, 2020
Setién appears to have lost the confidence of both Messi and Suárez after a series of lackluster displays.

Barcelona coach Quique Setién has said he does not always see eye-to-eye with his squad as their LaLiga title bid threatens to unravel following Saturday's 2-2 draw at Celta Vigo.

Second-placed Barça trail Real Madrid by two points with six games to go and face a grueling match at home to third-placed Atlético Madrid on Tuesday which they need to win to stay in close contention in the title race.

"It's true that you often have arguments with players as you do in everyday life and that's nothing new," Setién told a virtual news conference on Monday.

"I was not an easy player to deal with and I understand this perfectly well. What we have to do is try to convince everyone that we have to defend a common idea," added the former Atlético, Logroñés and Racing Santander midfielder.

Striker Luis Suárez, meanwhile, appeared to criticize Setién in a post-match interview, saying it was the coaching staff's job to analyze why the team keep dropping points away from home.

Setién, however, tried to play down suggestions there was a rift between him and his players.

"These are random incidents and I don't give them too much importance. When you don't win games everyone tries to stir the pot but this is the circus we're in," he said. "We're more concerned about the general atmosphere of the team and overall the relationship with the squad is good. It's true that we don't agree about certain things but I don't think there's any problem worth mentioning."

The 61-year-old Setién, whose biggest job before Barça was with Real Betis, also said he was not used to dealing with a dressing room of Barça's caliber and personalities but added that it was vital everyone worked in the team's best interests.

"I have no problem in admitting that this level is new to me, and that I'm in a learning process," he added. "We all have to step back a bit for the good of the team, including the players. You can't do everything you want.

"This is a team and has to act like one. Sometimes you have to sacrifice personal things for the good of the team, that's what's going to give us victory."