Barcelona Honored Chapecoense In The Joan Gamper Cup, But Barcelona Are Still Barcelona 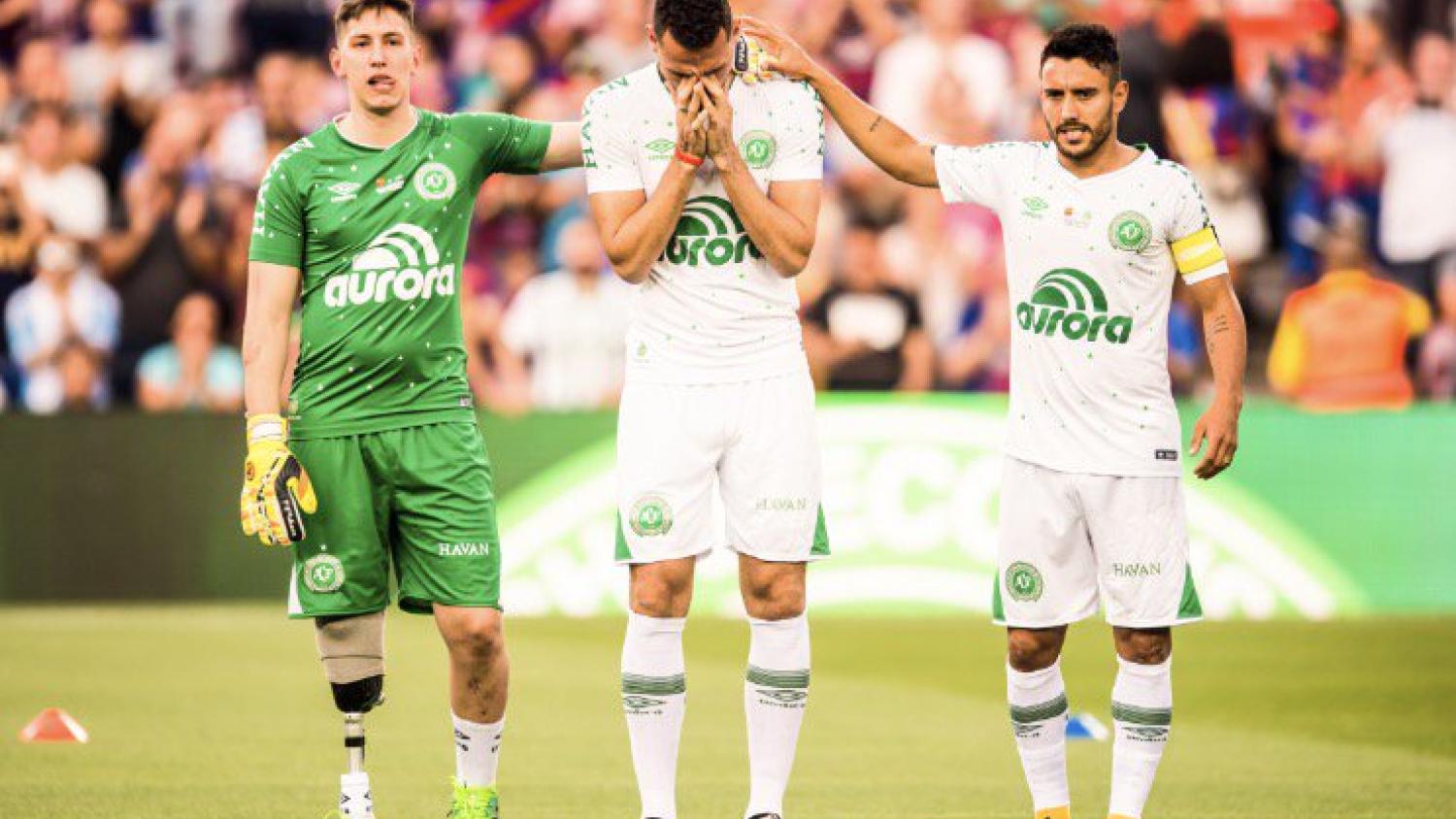 Chapecoense, the Brazilian club struck by tragedy in November, lost to Barcelona in the Joan Gamper Cup.
@brfootball | Twitter

Barcelona hosted Chapecoense at Camp Nou in the Joan Gamper Cup in a celebration of the Brazilian club, which was devastated by plane crash in November that killed 71 of the 77 passengers, including most of the squad and staff. An emotional first kick from survivors Jakson Follmann and Neto had some holding back tears but when the match began, there was no holding back Lionel Messi, Luis Suarez and the Catalans in a 5-0 victory for Barcelona on Monday.

Messi had a goal and two assists to become the all-time leading goal scorer (eight) in the Trofeo Joan Gamper, an annual preseason friendly hosted by Barcelona. But the night was all about Chapecoense, which suffered unimaginable tragedy on Nov. 28 when the plane carrying the team ran out of fuel and crashed into a mountain.

The three players who survived the horrific crash, Follmann, Neto and Alan Ruschel, were in uniform at Camp Nou for Chapecoense. Follmann, a goalkeeper who lost his leg in the crash, and Neto, a defender who did not play Monday, were on the pitch for an emotional, ceremonial first kick.

Ruschel captained Chapecoense in his first match back with the club. He was given a standing ovation when he was subbed off in the 36th minute.

There was a match to be played, and while Barcelona was compassionate to its guest off the pitch, the team was not merciful on the pitch.

What a great team goal to take the lead! You can watch LIVE on the FC Barcelona Facebook Page @RakutenArena pic.twitter.com/SsjIagGD1p

Sergio Busquets, who was named the match MVP, struck the goal of the day from long range six minutes later. Barcelona may have found a replacement for Neymar.

What a goal from Sergio!!!
You can watch LIVE on the FC Barcelona Facebook Page @RakutenArena pic.twitter.com/oBpDdsRWaH

Messi then got involved in the next three goals, first making a great turn near midfield to find space to feed Deulofeu, who needed two attempts to return the ball to Messi for a goal to make it 3-0 within 30 minutes.

Luis Suarez found the scoresheet 10 minutes into the second half following a 1-2 exchange with Messi.

Messi later fed Denis Suarez with a superbly weight pass for the fifth and final goal.

Chapecoense wasn’t completely overrun and had a few spells of possession, but didn’t trouble Barcelona’s defense much. The Brazilian club’s highlight was a penalty shot by Paco Alcácer saved by Artur Morães.

The final score didn’t matter to either side. The evening was about celebrating a club that has lost so much. It won’t heal wounds or end the heartache, but it was another step in the grieving process.