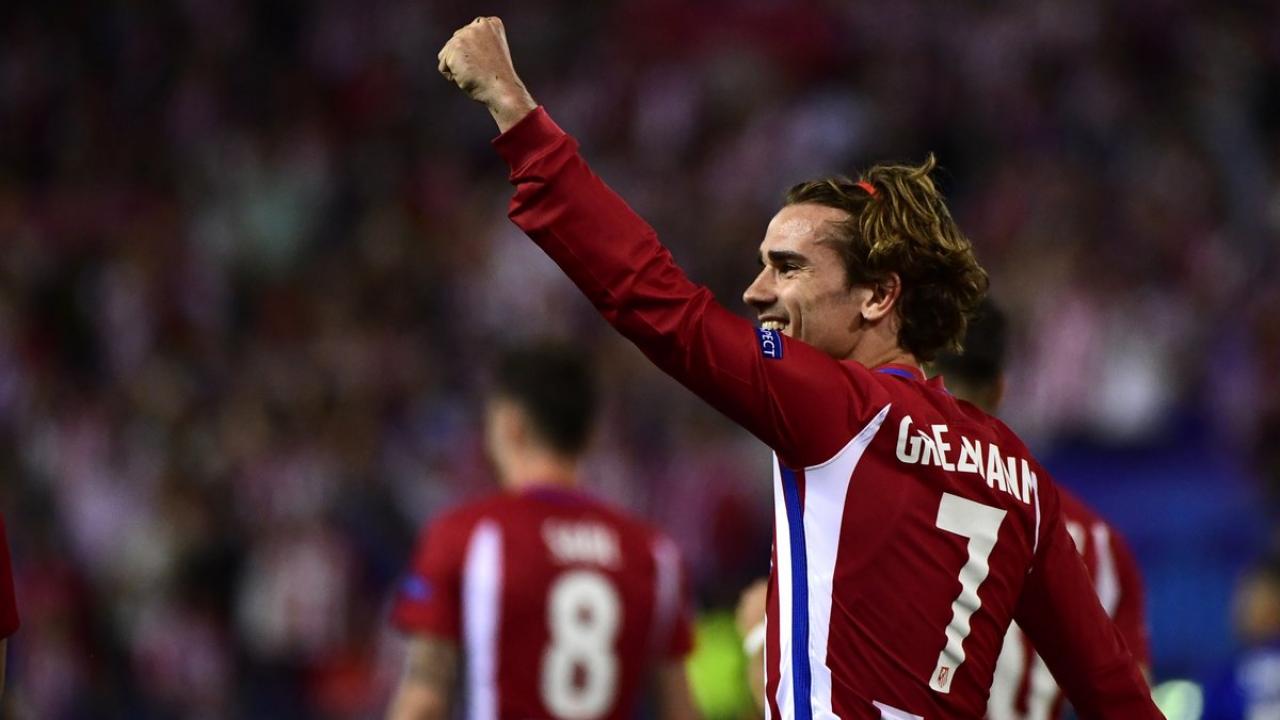 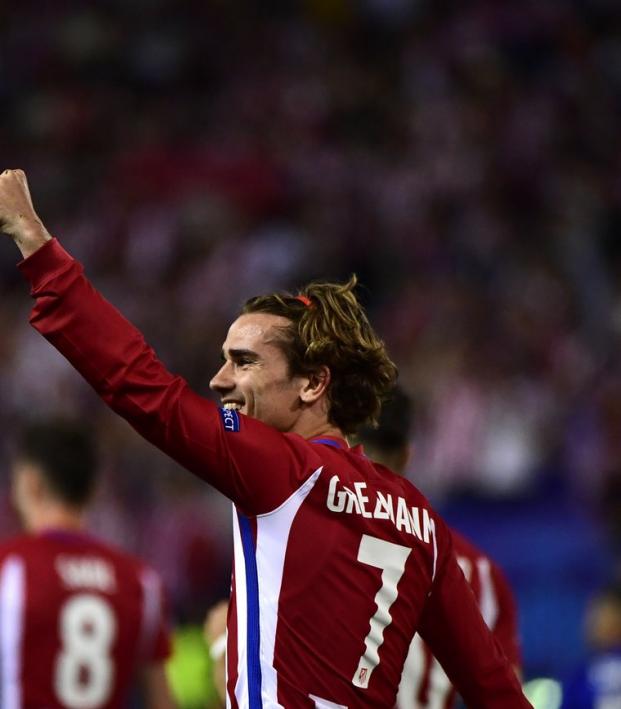 Connor Fleming April 12, 2017
Both Leicester and Atletico will be happy with the first leg result because they are identical teams.

In the end, somehow, one team won but the other team didn't lose. At least that's what Diego Simeone and Craig Shakespeare will be saying after Wednesday's Champions League quarterfinal first leg between two identical teams. In the end, everyone was happy, because, in the end, Leicester City and Atletico Madrid are the same thing.

Leicester have come up against a foe that’s content to match them at their own game, but at an even higher level, in Atletico. After a contentious Antoine Griezmann penalty gave Atletico the lead, Leicester appeared happy to defend for a resolute 1-0 defeat. Atletico appeared more than happy to see out the final 62 minutes for a 1-0 victory.

To be fair to Atletico, Koke had a 25-yard rip crash off the post, Fernando Torres slipped when he had a clean look at goal and Angel Correa could’ve timed his run better to get on the end of a Griezmann pass.

To be fair to Leicester, they defended resolutely and the penalty they conceded was for a foul outside the box, although only just. Also, many predicted that the quarterfinals of the Champions League would be a step too far for the Foxes, but they gave themselves more than a chance heading back to the King Power Stadium. 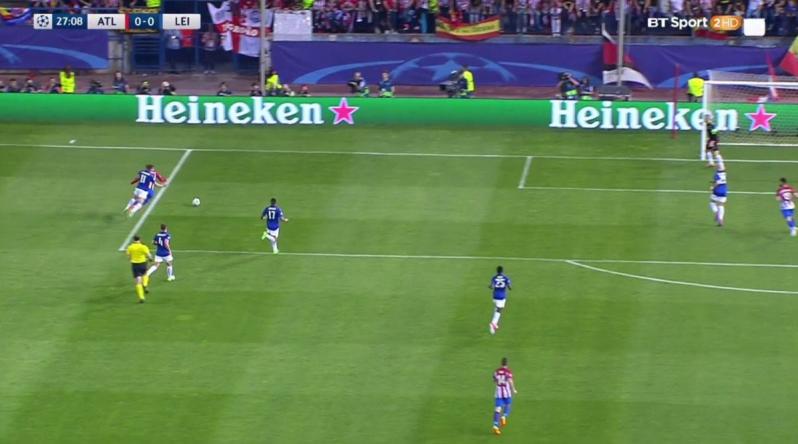 The spot of the foul which led to a Atletico penalty. Photo: @tompeck | Twitter

What will trouble Craig Shakespeare is that his side never troubled the Atletico defense. In a match featuring clubs that are more than happy to cede possession and look for their moments to get forward, it was predictably Leicester that sat deeper, allowing Atletico 66% of possession.

But that’s where the appeal of Leicester’s tactics ended. Atletico completed 85 percent of mainly sideways and backwards passes, happy to create occasionally but much more focused on eliminating any hopes of a Leicester counter. Any time Leicester did gain possession, there were already 6-7 Atletico shirts behind the ball.

While any other side remaining in the Champions League quarterfinals would’ve pushed forward to enhance their lead, Atletico simply didn’t care — a 1-0 victory is more than enough for Diego Simeone’s men.

Jamie Vardy was a non-factor and was substituted in the 77th minute. Riyad Mahrez’s only contribution of note was an act of simulation in Atletico’s box and the game ended at a crawl.

You could argue that Leicester City will be happy with the result, and they certainly would be against any other team remaining in this competition, but it’s Leicester who will be forced to change their approach from what’s given them so much success.

As Atletico have demonstrated so many times over the last few years, that plays directly into their hands. They'll just do the same thing they did tonight but with more room to sucker punch Leicester for a crucial away goal.