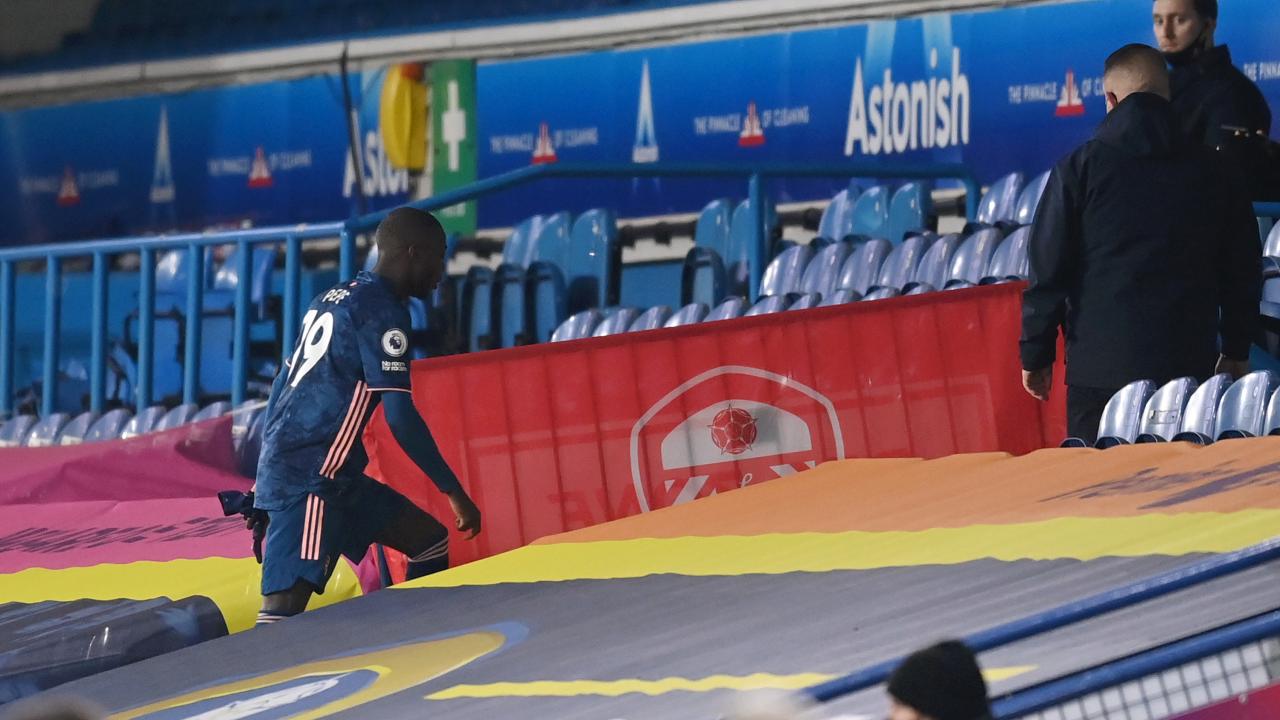 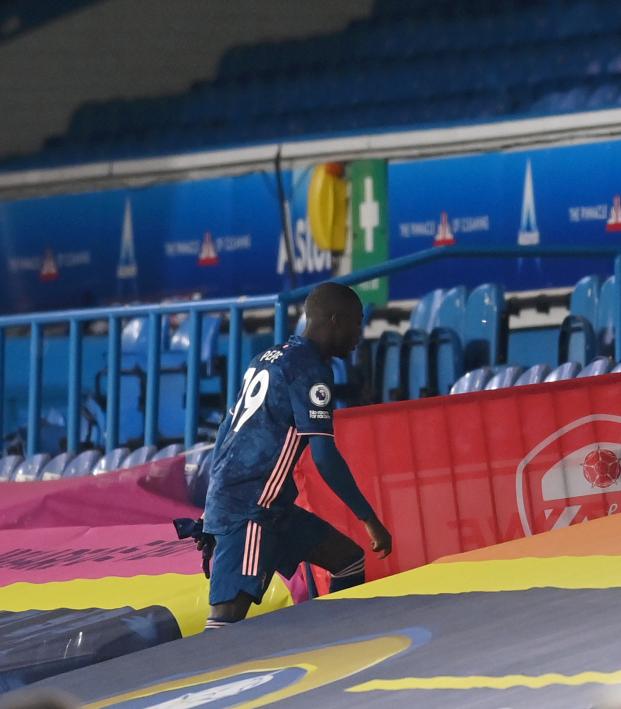 Arsenal Relies On Pépé Red Card, Frame Of The Goal For Draw Against Leeds

Connor Fleming November 22, 2020
The Gunners improved after going down to 10-men, but Leeds struck the woodwork three times.

Nicolas Pépé’s sending off earned Arsenal a point on Sunday, strange as it sounds. With the Gunners attack posing zero threat and the defense unable to cope with Leeds United’s progressive approach, Pépé’s 51st-minute red card galvanized Arsenal from front to back in a 0-0 draw at Elland Road.

Leeds dominated the opening 45 minutes with 60% possession, 13 shots (two on target) and some incisive play from Jack Harrison. Arsenal failed to mount any challenge whatsoever with Pierre-Emerick Aubameyang isolated, Willian bullied and Joe Willock somewhere out there.

It was one of those days when Pépé’s only value was his $96 million price tag. The ease with which he skinned Luke Ayling out wide in the 21st minute — earning himself a yard of space to drive into the box — was thrilling, but then his “do it for the Vine” decision to turn back towards Ayling before lofting a poorly angled cross onto the crossbar was mystifying.

At halftime, NBCSN analyst Tim Howard labelled Arsenal’s performance as both “disinterested” and “uninspired”, but the inspiration would arrive shortly after halftime when Pépé nuzzled Ezgjan Alioski to the floor to go down to 10 men.

Nicolas Pepe was sent off for this headbutt on Ezgjan Alioski. #MyPLMorning pic.twitter.com/D344c5cJHm

The game improved exponentially after that. Arsenal actually put two shots on target, including this Héctor Bellerín feed to Bukayo Saka that deserved a finish.

But Leeds were denied a winner by Bernd Leno and the frame of the goal — Marcelo Bielsa’s side hit the woodwork three times.

It’s a hugely frustrating draw for Leeds as their winless run stretches to three games, although it stops the rot of back-to-back defeats. It’s a fortunate point for Arsenal, but the Gunners haven’t scored from open play in 476 minutes.