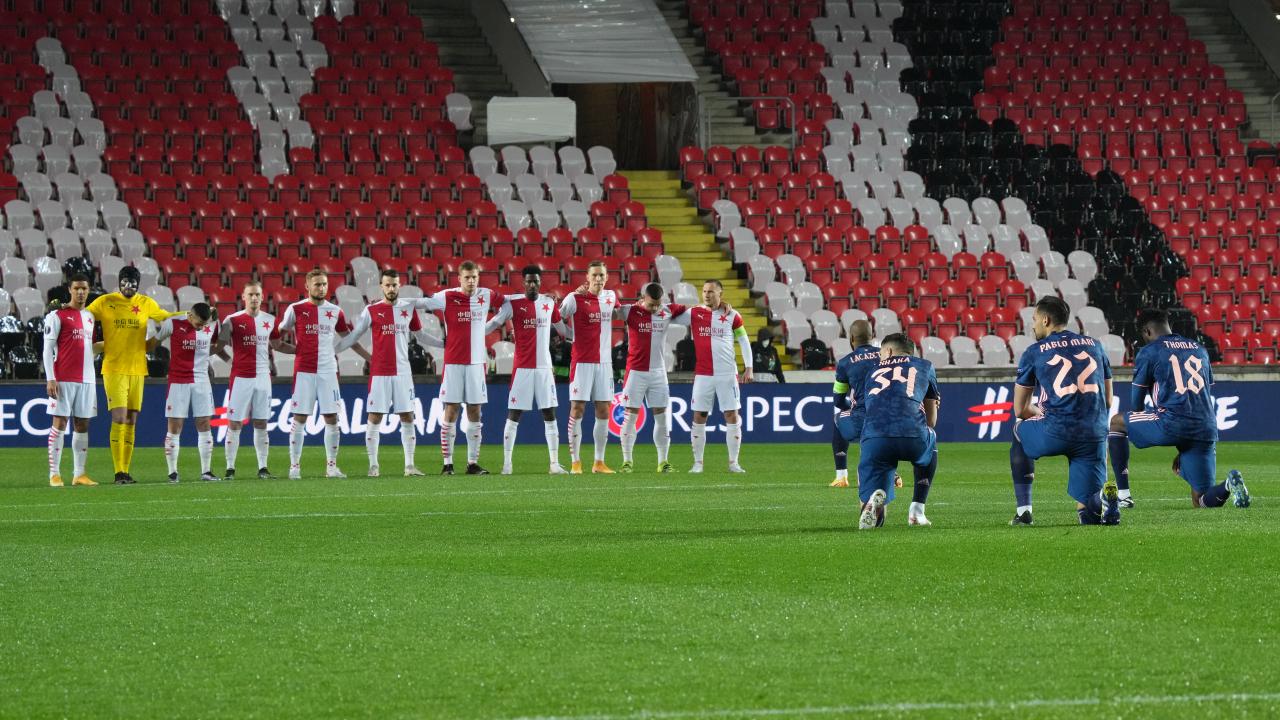 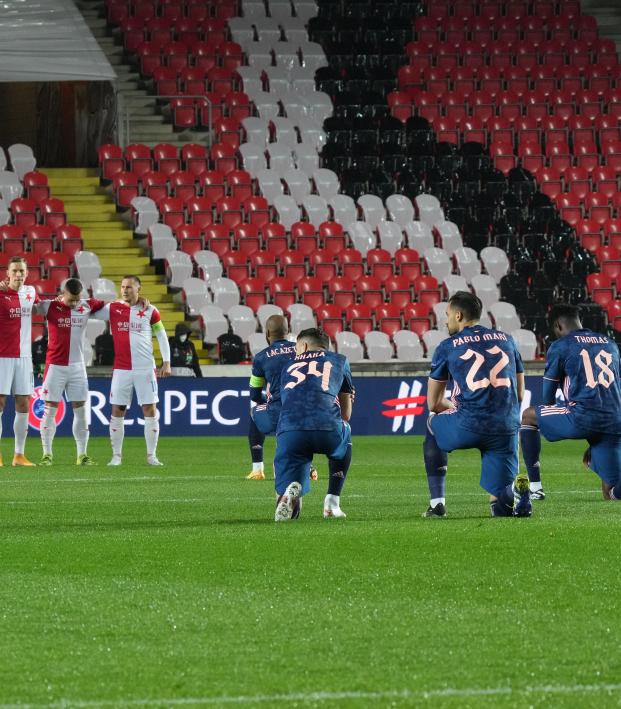 Reuters April 15, 2021
So much for that 21-game home unbeaten streak, huh? Now you can stay home as long as you want.

PRAGUE - Arsenal cruised past Slavia Prague 4-0 to book a Europa League semifinal spot on Thursday after they struck three quick-fire goals in seven first-half minutes to advance 5-1 on aggregate.

Alexandre Lacazette scored twice, including a penalty, while Nicolas Pepe and Bukayo Saka also found the net in the quarterfinal second leg to set up a last-four clash with Villarreal.

Arsenal, surprisingly held to a 1-1 home draw by the Czech champions, signalled their intent from the start as they pressed forward to create chances while Slavia struggled to move the ball out of their own half and rarely threatened in attack.

"I feel like in the first leg we played really well but didn't take our chances," Arsenal's Saka told BT Sport. "The way we pressed, they couldn't get out and the control we had over the game, the movement, the rotations, they couldn't stop us."

The visitors opened the scoring in the 18th minute when Pepe drove a shot home from a pass by Emile Smith-Rowe, who had a goal disallowed for offside minutes earlier after a VAR review.

Pepe would not be denied pic.twitter.com/x7WafsrLxO

Lacazette then coolly slotted in a spot-kick after 21 minutes after Czech midfielder Jakub Hromada bundled over Saka. Arsenal struck again three minutes later when Saka cut inside a defender and fired a low shot past keeper Ondrej Kolar.

Lacazette netted his second of the night in the 77th minute when he latched onto Pepe's cross before jinking away from two defenders to create some space to beat the Czech keeper.

Arsenal, who ended Slavia's 21-match unbeaten streak at home in all competitions this season, next face their former manager Unai Emery's Villarreal side who beat Dinamo Zagreb 2-1 on the night and 3-1 on aggregate to reach the semis.

Slavia, who made four changes after the break, were without defender Ondrej Kudela who was serving a 10-match UEFA ban for clear "racist behaviour" in their Europa League last-16 match against Scottish side Rangers last month. The home side, who beat Leicester City as well as Rangers en route to the quarter finals, reached the end of the road against an Arsenal side that pressured the Czechs all over the pitch.

"They were better today by every measure," Slavia coach Jindrich Trpisovsky told reporters. "They scored with their chances and we lacked better movement to be more successful in the attack."