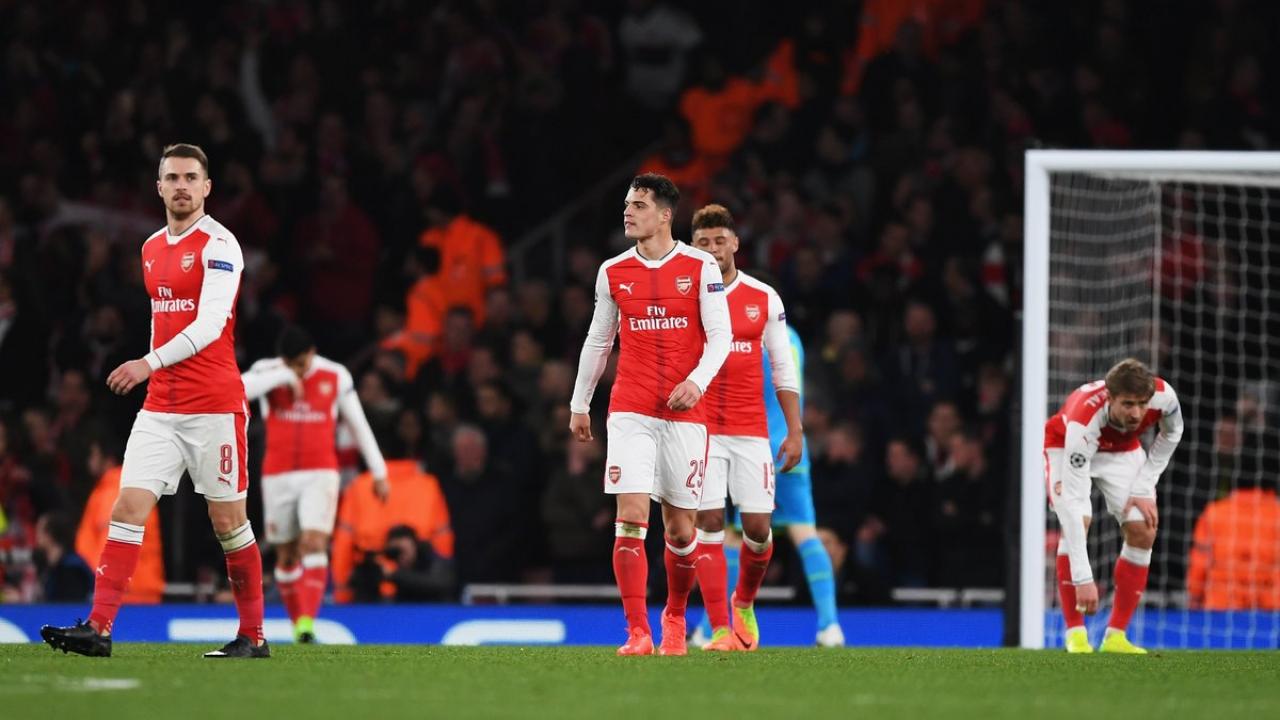 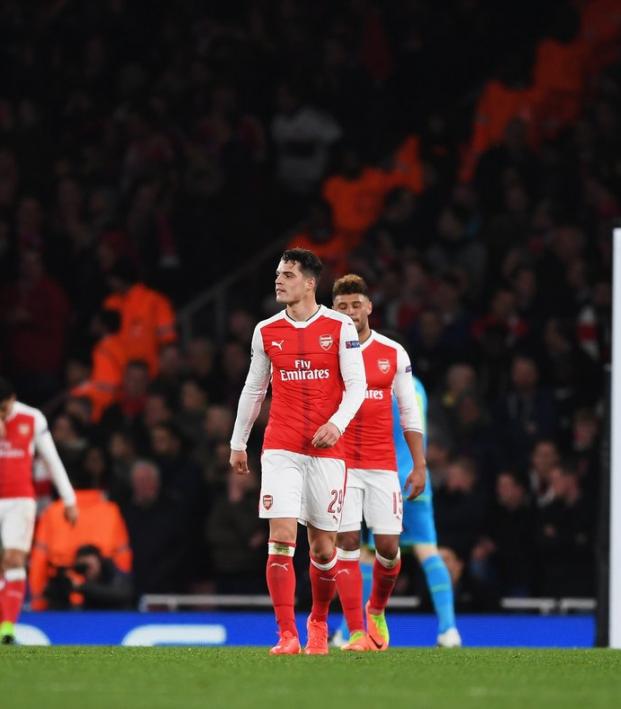 Arsenal Are In The Middle Of The Best Crisis Ever 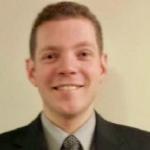 Morgan Zimmerglass March 10, 2017
Arsenal are fifth in the Premier League with a game in hand, still alive in the FA Cup and they made the Champions League knockout stage, but they are in crisis.

The vitriol of the Arsenal fans was palpable in the build up to the Gunners' Champions League exit at the hands of Bayern Munich on Tuesday. For the better part of the last decade there has been a rift between the Arsenal faithful as to whether manager Arsene Wenger should stay or leave and the voice of the "Wenger out" faction has now reached a crescendo.

Fans organized a parade from the club's old Highbury stadium to their new home at the Emirates to voice their frustration, with the demonstrations continuing throughout the match. Signs and chants expressed messages such as “Arsene Wenger, you’re killing our club” and "stubborn, stale, clueless" along with the myriad of more vulgar messages that cannot be displayed here.

With a half hour left in the match, hordes of fans made their way to the exits as their club fell to the Bavarian giants 10-2 on aggregate, the worst loss for an English club in Champions League knockout round history .

Emirates stadium has been a depressing place over the past few weeks.  Judging only by the displays of the fans, an observer without knowledge of where the team stands this year would think they were on course for a 10th place finish in the league to go along with being knocked out in the last 16 of the Champions League…oh wait, that was Chelsea last season.

Or perhaps the observer would think the team had brought in one of the most highly-regarded coaches in the world only to finish in 8th place and miss out on Europe entirely…nope, that was Liverpool's fortune last year. Another reasonable thought would be to think the team was on their way to a 7th place finish a year after winning the title, but that was actually Manchester United in 2014.

Make no mistake about it, Arsenal is a club in Crisis, but while things are bad in North London, they're not THAT bad. Over the past month, Arsenal has been the laughing stock of global soccer, but it is important to keep the reality of the situation in mind, instead of being overwhelmed by the hysteria surrounding it. Arsenal are certainly in a bad place, but their current circumstances are pleasant compared to the struggles of other big clubs in England over recent years.

In the Champions League, Arsenal fell in the round of 16 to Bayern Munich, who were heavily favored. Sure, the 10-2 aggregate score line wasn't flattering, but they were arguably the better team in the first half of both legs and if some shocking refereeing decisions hadn't gone against them, they would have only lost the tie by two or three goals.

The Gunners actually won their Champions League group this year and were unlucky to draw a Bayern side that had somehow contrived to finish second in theirs. The club extended its streak of advancing to the round of 16 for the 17th consecutive term, am absurd streak for any club, particularly one coming from the ultra-competitive English Premier League.

A streak that more people are aware of is that Arsenal has never finished outside of the top 4 in any of Wenger's 20 seasons at the helm. Looking at the table and seeing Arsenal sitting in 5th has lead countless people to make jokes centering around the idea that Wenger won't even be able to win his coveted 4th place “trophy” this year.

However, Arsenal have a game in hand over all four teams above them and will move into 4th place and only 3 points out of 2nd place if they win that game. The streak is certainly in jeopardy, but Arsenal have found the resources to maneuver into the top 4 in more unlikely circumstances than this. Furthermore, the club went 14 premier league games unbeaten in a row at the start of the season.

Lastly, the club look set to cruise into the FA Cup semi-finals this weekend, as they host non-league side Lincoln City at home. Though playing at home amidst the pressure and derision from the fans might actually be a disadvantage at the moment. Regardless, Wenger has a sterling record against lower-league opposition and the Gunners, even in the miserable form they're in, will almost certainly punch their ticket to Wembley Stadium for the semi-finals.

Manchester City, Manchester United, Tottenham and Chelsea are all still alive in the tournament, so winning for a record 13th time will be difficult, but is a feat that will likely be only two wins away by this time next week.

Ultimately, the crisis surrounding Arsenal is a product of the inevitability and manner of their disappointing results this season, not due to the results themselves. Watching their team crash out of the Champions League round of 16 for the 7th consecutive season and continue to struggle mightily on the road against their primary rivals while continuing to display an utter lack of tactical flexibility and desire to win is infuriating to Arsenal fans.

Arsenal is undoubtedly approaching a crucial time for the trajectory of the Club. With their stadium debt paid off and cash reserves totaling £226.5 million, one of the highest numbers for any team in the world, the club was supposed to be able to compete with Europe's richest sides to buy world class talent and usher in another sustained period of glory in North London.

Instead, the future of Mesut Ozil and Alexis Sanchez, their two best players, and manager Arsene Wenger hangs in the balance, with Sanchez looking the most likely to depart after reportedly clashing with teammates recently. Sanchez leads the team in goals and assists, and his departure would surely be damaging,

However, Arsenal would almost certainly recoup in excess of the £35 million they paid for the Chilean and have overcome the loss of their best player several times in the past decade, such as when Thierry Henry, Cesc Fabregas and Robin Van Persie all left for greener pastures.

The familiarity of Arsenal's shortcomings this season is what has left even the staunchest Wenger supports grasping for answers as to why they believe he deserves another two year contract with the club. Wenger has been an easy target for fans and media alike.

Much of the criticism is deserved, as he hasn't adopted his methods to match what is required for the club to win the Premier League or Champions League in these modern times. Wenger has pulled the club out of deep crises several times over the past five years, but the relationship between the coach and the fans is more untenable than ever.

This instability is highlighted by the fact that many believe this to be the darkest period for Arsenal since Wenger arrived in London in 1996. For the worst spell of the Wenger era to feature an 18-match unbeaten run in all competitions, having the club sit one point outside of the top four with a game in hand, topping their Champions League group over PSG while qualifying for the knockout round for the 17th straight season and being on the verge of  the FA Cup semi-finals with a puncher's chance at winning a record 13th FA Cup speaks volumes about the level of sustained success Wenger has brought to the club.

It very well may be time for Wenger to call an end to his managing career. If he could somehow manage to win the FA Cup and keep the club in the top four, it would add a silver lining to a season that began with so much promise. Wenger could then leave the managerial role with dignity and transition to a different role with the club, such as sporting director, and the “Wenger out” and “Wenger in” crowds could compromise with “Wenger upstairs.”

If the next few months play out in this manner, then all of the hatred spewed by the fans the past few weeks would seem like water under the bridge. Yet, even if Arsenal fail to capture the FA cup and finish outside of the top 4, for that to be the worst crisis for the club in two decades would be a twenty-year low that any other English club would be envious of. Wenger and company are an easy target at the moment, but rival clubs need to look in the mirror before casting any stones.

However, if they lose to Lincoln City this weekend this entire article should be disregarded. Rival fans would then be entitled to hurl any insult that comes to mind while Gooners should panic and protest and boycott more forcefully than ever before.But surely they can’t lose to Lincoln City...right?