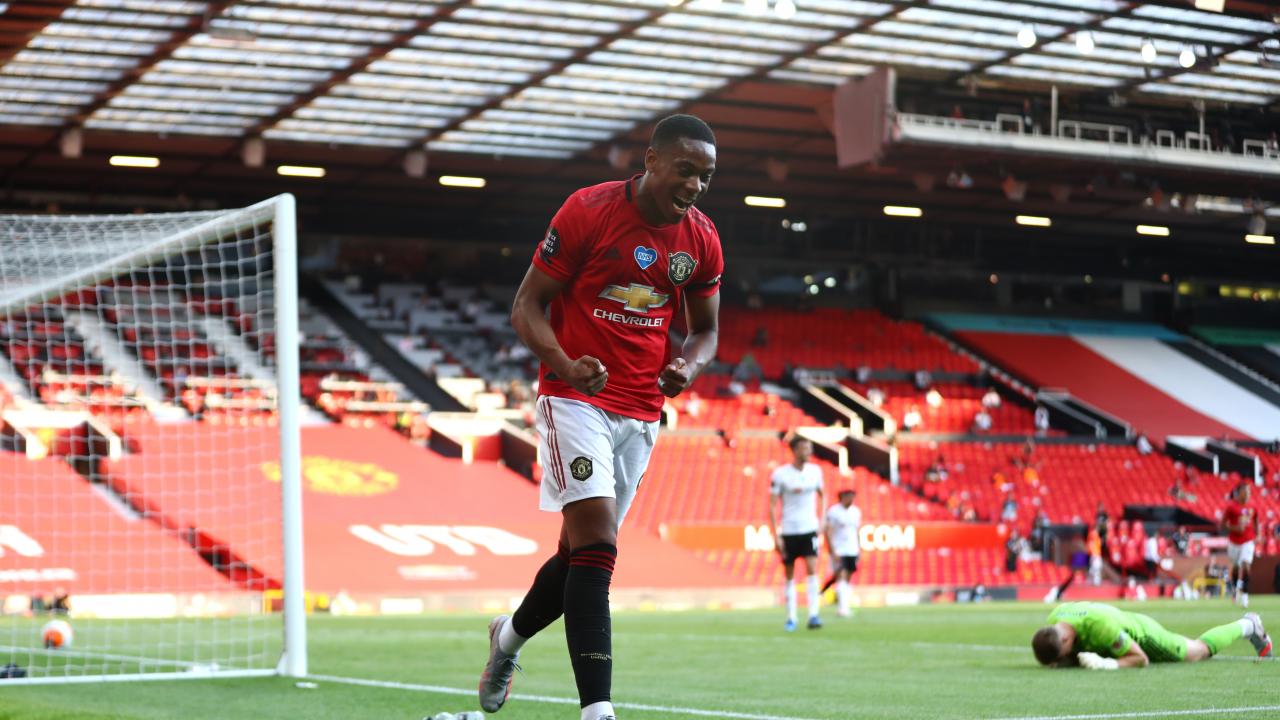 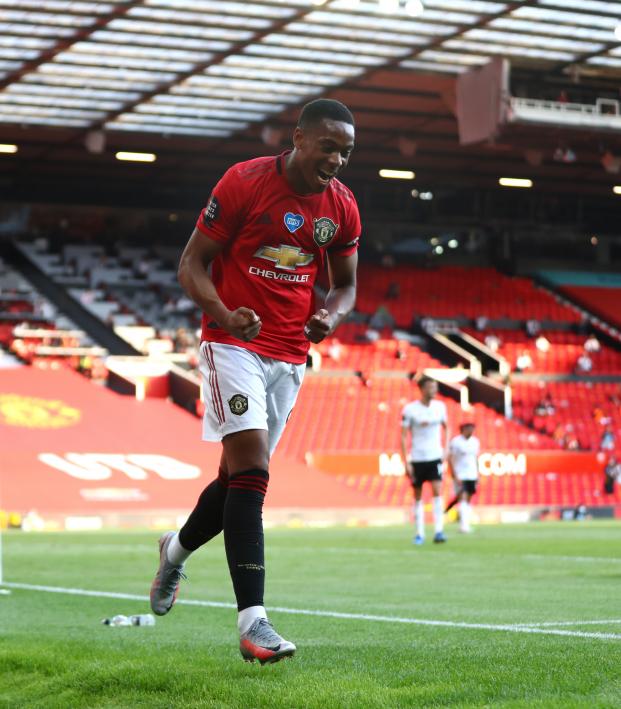 Reuters June 24, 2020
The Red Devils maintained their pursuit of Champions League football with a 3-0 victory.

MANCHESTER, England — An Anthony Martial hat trick inspired Manchester United to a 3-0 Premier League win over Sheffield United on Wednesday and maintained its hopes of a top-four finish.

The French forward scored two similar goals in the opening half at Old Trafford, firing United into a seventh-minute lead when he reacted instinctively with his weaker left foot after good work by Marcus Rashford on the right flank.

Manchester United have wasted no time! Marcus Rashford sets up Anthony Martial to give them an early lead. #MyPLSummer pic.twitter.com/qqFAzr3joG

After Rashford and Bruno Fernandes went close as United dominated, Martial made it 2-0 in the 44th minute when he steered home a low Aaron Wan-Bissaka cross amid more static defending by the visitors.

Anthony Martial slots home his second of the first half. #MyPLSummer pic.twitter.com/dA1J8BaRkE

Mason Greenwood's deflected shot sailed inches wide of the post before Martial capped a fine performance with a superb finish, dinking the ball over goalkeeper Simon Moore from another Rashford assist to register United's first Premier League hat trick since 2013.

Hats off to Anthony Martial!

He completes the first hat trick of his career to give Manchester United a commanding lead. #MyPLSummer pic.twitter.com/MDpNlmZI9M

The hosts missed several chances to add to their tally as substitute Odion Ighalo was denied by Moore and the lively Wan-Bissaka dragged his shot from 10 metres wide of the far post.

United stayed fifth in the standings on 49 points from 31 games, two behind fourth-placed Chelsea whose game in hand is a home clash with champions Manchester City on Thursday.