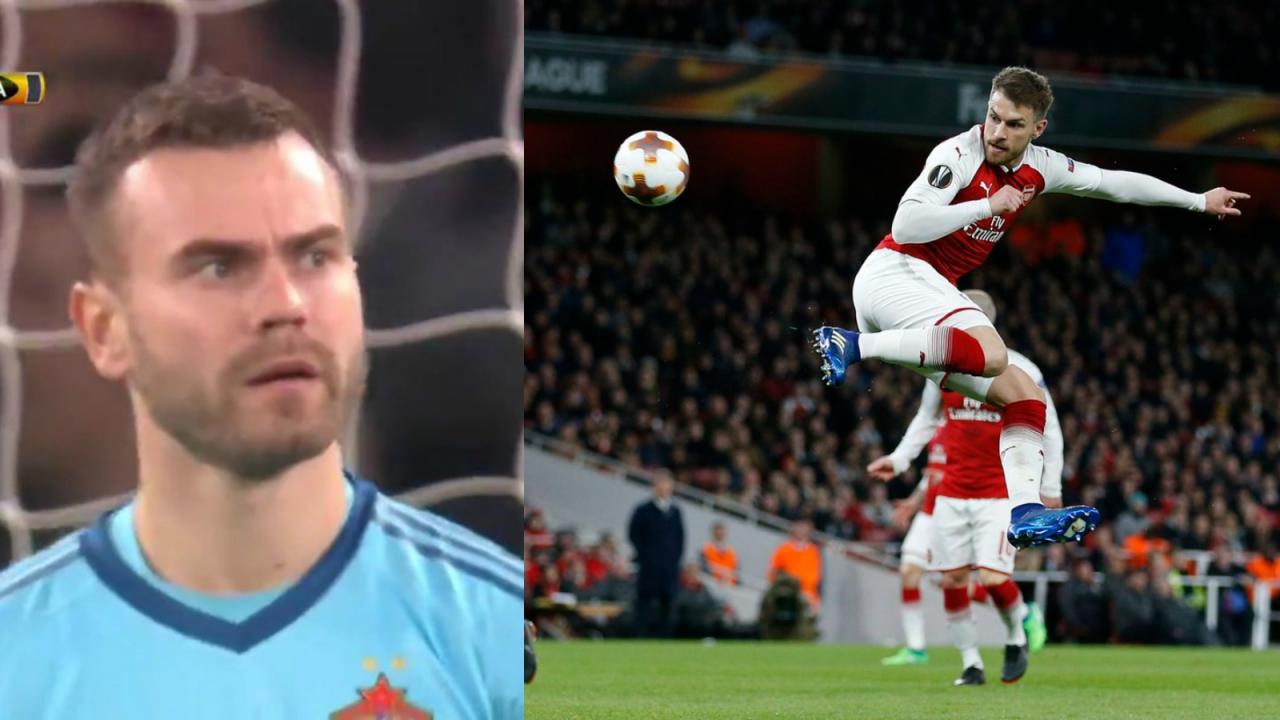 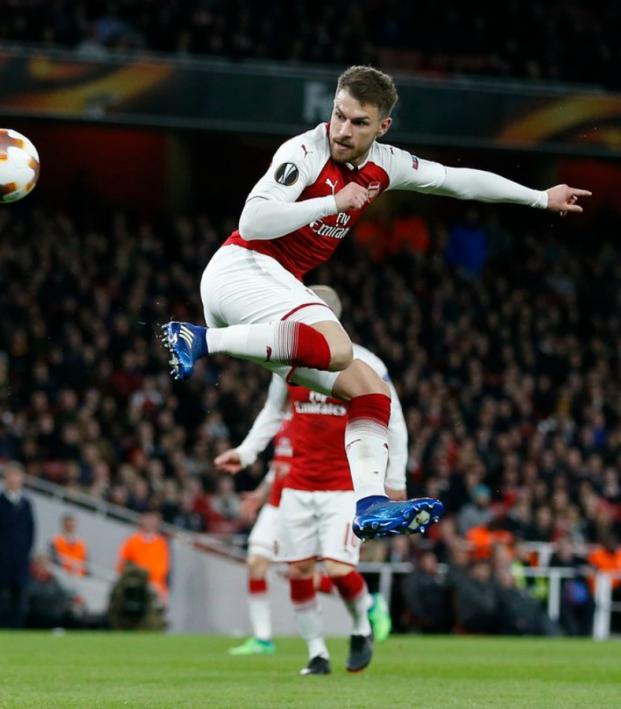 Let’s just get this straight — we don’t know what we just saw, but we know we liked it. Arsenal cruised to a 4-1 win over CSKA Moscow in the Europa League quarterfinal first leg on Thursday thanks to an absolutely absurd Aaron Ramsey goal.

To set the stage, Ramsey had already put the Gunners ahead with a goal in the ninth minute only for Aleksandr Golovin to equalize six minutes later with a brilliant free kick. Alexandre Lacazette restored Arsenal’s advantage with a penalty kick but the Gunners weren’t done.

In the 28th minute, Mesut Ozil chipped the ball over the CSKA defense to an unmarked Ramsey, who did some sort of weird frog-leg, back-heel wtf kick to send the ball past Russian No. 1 Igor Akinfeev.

Aaron Ramsey, the karate kid. What a finish! 3-1 Arsenal (via @FoxSoccer) pic.twitter.com/rRRirBkNF0

How is that even a thing? Who even thinks to contort their leg in that manner?

The reaction from Akinfeev says it all. 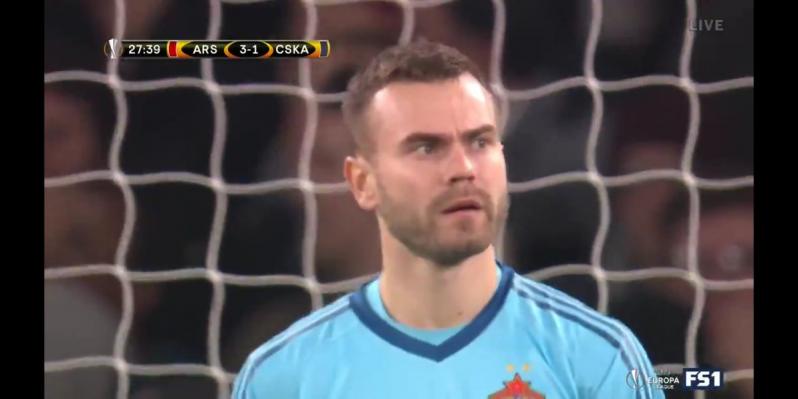 Have you seen a better #UEL goal this season?

Lacazette added a second before halftime as the Gunners were cruising at the break. We could show it to you, but you'd be better served watching that Ramsey goal again.