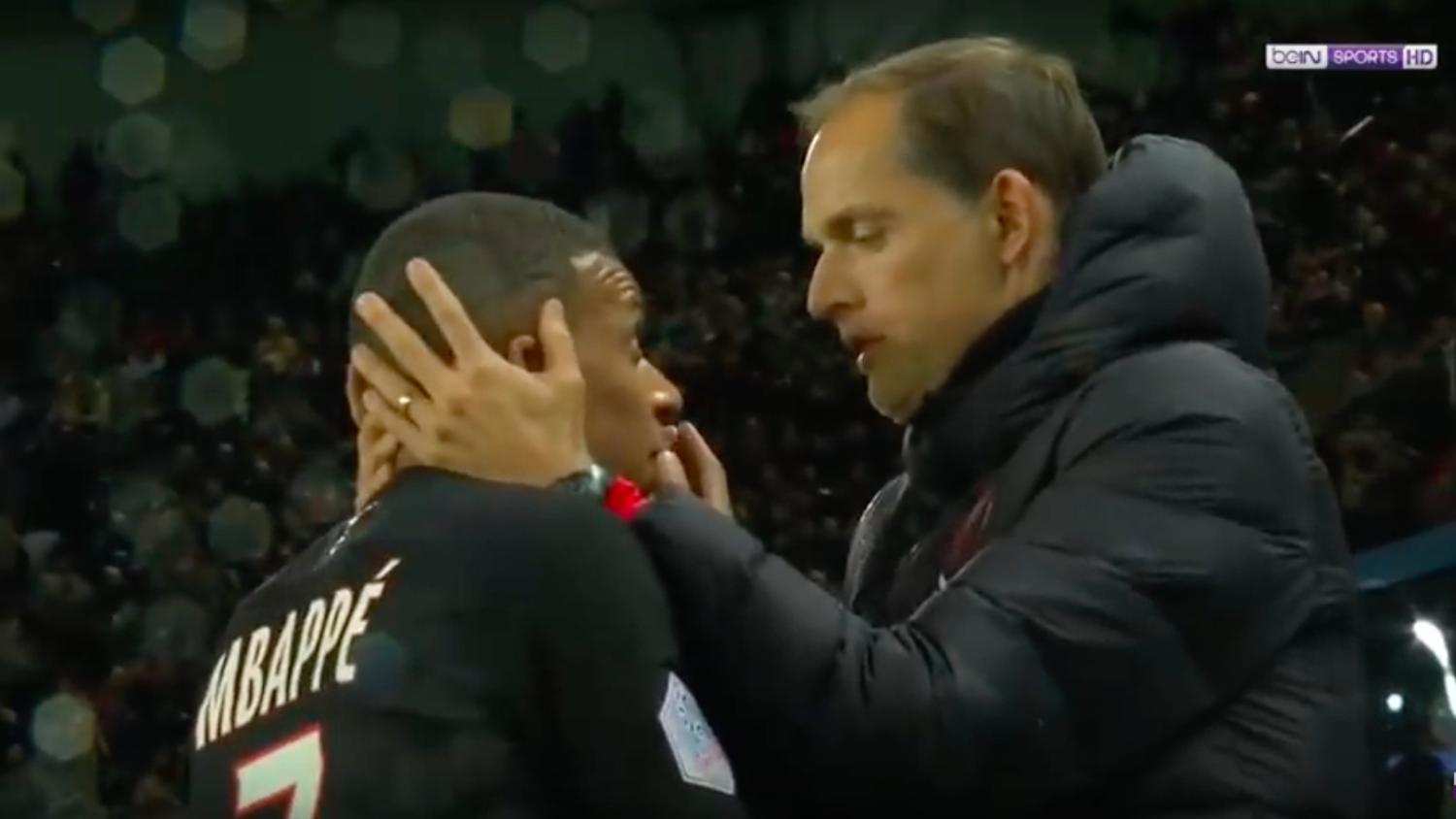 Mbappé was less than pleased to learn he was being replaced during Saturday's rout of Montpellier.
YouTube

For the second time this season, PSG manager Thomas Tuchel had to deal with drama after a Kylian Mbappé substitution — this time during his team’s 5-0 victory against Montpellier on Saturday.

Sometimes you just really don’t want to be substituted out of a match. The level of soccer doesn’t matter — whether it’s youth, college or professional — but the best thing to do is wish your oncoming teammate success and then get cozy on the bench. But Mbappé seems to have his own style.

The young French superstar was not pleased about having to come off in the 68th minute although his side was already leading by five. Mbappé had found the back of the net 11 minutes before his departure.

This isn’t the first time this season Tuchel has dealt with Mbappé substitution drama. Back in December, again playing against Montpellier, a nearly identical situation occurred with the Frenchman on the verge of throwing a temper tantrum after being replaced.

Apparent conflict between Mbappe and Tuchel as the player is subbed off against Montpellier pic.twitter.com/PeYFqPiJwo

PSG teammate Ángel Di María said in an interview after the match that the 21-year-old needs to learn he isn’t the only player capable of scoring.

“Kylian wants to score, but the manager decided that he was to come off, there are boys on the bench who want to come on and have the ability, he needs to get that,” Di María said.

It’s not like Mbappé was replaced with some no-name player. Inter Milan loanee Mauro Icardi replaced the Frenchman. Icardi has recorded nine goals in 15 Ligue 1 appearances for PSG.

At the end of the day, Mbappé is in need of a big bowl of humility soup. Yes, he's a rising superstar and will more than likely become one of the all-time greats. The problem is he isn’t one of the greats yet and is arguably not even the best at his own club.

Tuchel didn’t rule out any punishments for Mbappé due to his behavior, but this latest spat between player and manager could open the door for clubs interested in Mbappé. PSG's next match is away against Nantes on Tuesday.