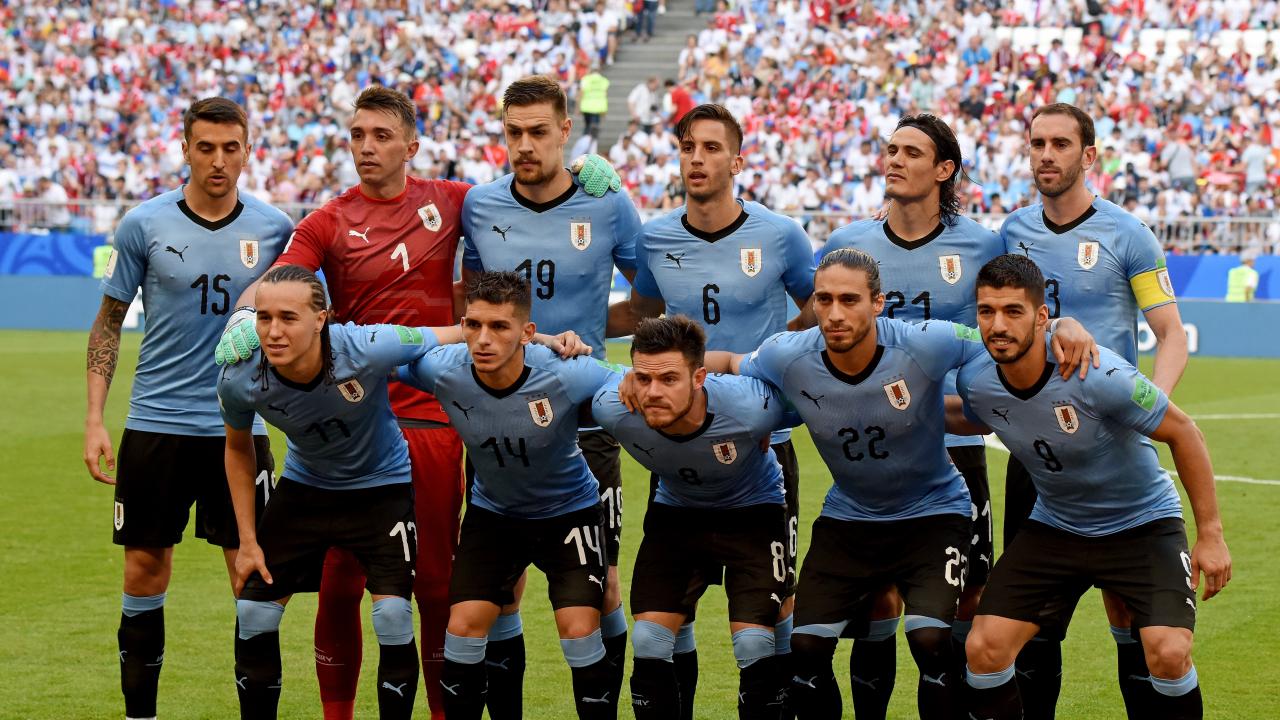 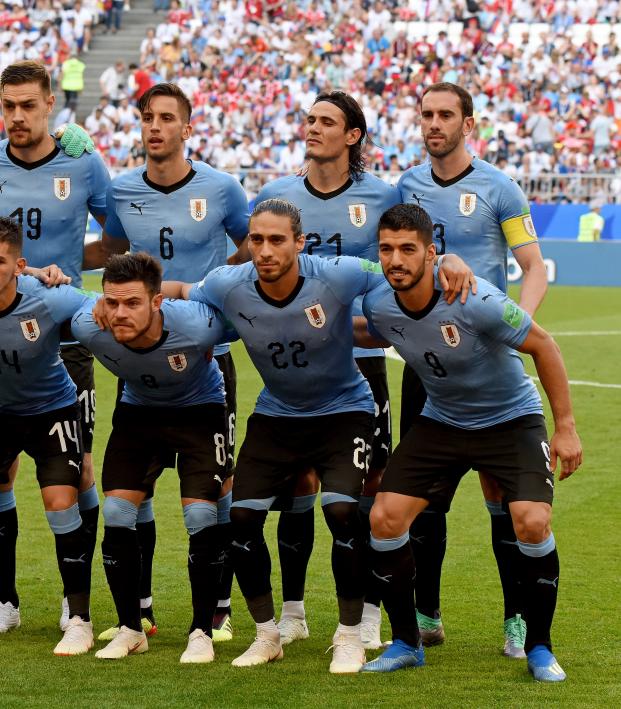 It should come as no surprise that teams from Europe (UEFA) and South America (CONMEBOL) have advanced to the knockout stages far more frequently than teams from Asia (AFC), Africa (CAF) and Central and North America (CONCACAF). Although the World Cup qualification spots take into account the relative strength of each region, the allocation also considers the importance of having a truly global spectacle.

If FIFA simply wanted to include the 32 best teams in the world, it would first need to give CONMEBOL more qualification spots. Currently, the ten CONMEBOL teams play each other in home and away fixtures to sort out qualification. Four teams automatically advance, and the fifth-place team qualifies for the inter-confederation playoffs against the top team from OFC. During the past qualification cycle, Peru knocked off New Zealand to earn its place in Russia.

Peru was the only South American team not to advance to the knockout stage this year. Brazil, Argentina, Uruguay and Colombia all made it to the Round of 16. That success rate is representative of the performance of CONMEBOL teams during the past few decades. Since 1986, 33 of the 42 CONMEBOL teams at the World Cup have qualified for the knockout stages. 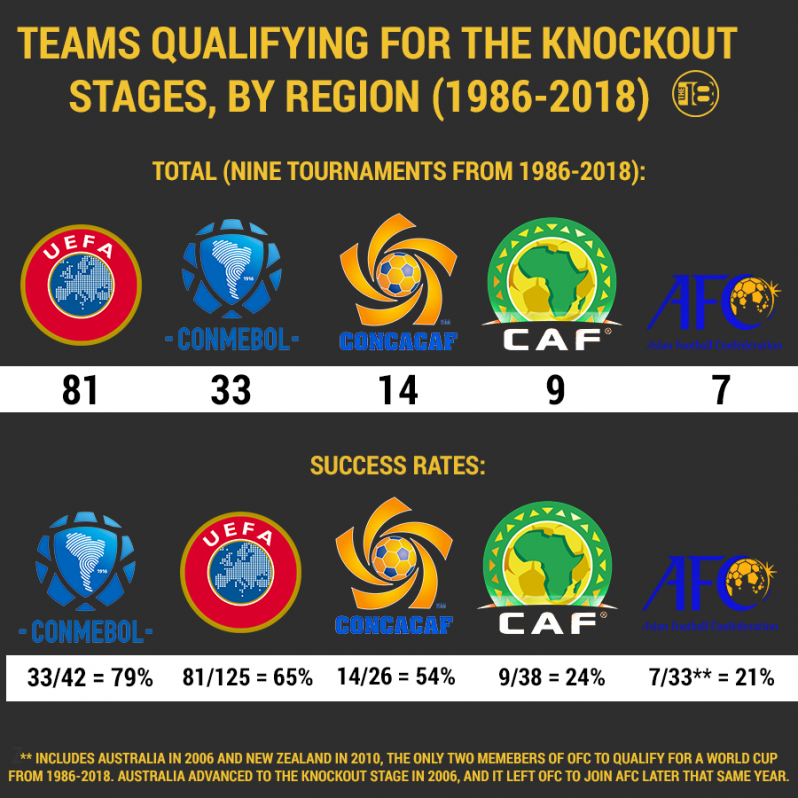 UEFA has qualified more teams, but its success rate is just behind CONMEBOL. Of the other three regions, CONCACAF stands out for sending almost two teams to the knockout stage per year.

A lot of the credit goes to Mexico, which has advanced to the knockout stage eight times in the past nine World Cups. The only tournament in which it failed to advance was in 1990, when FIFA banned Mexico from the World Cup as a sanction for the Cachirules scandal. 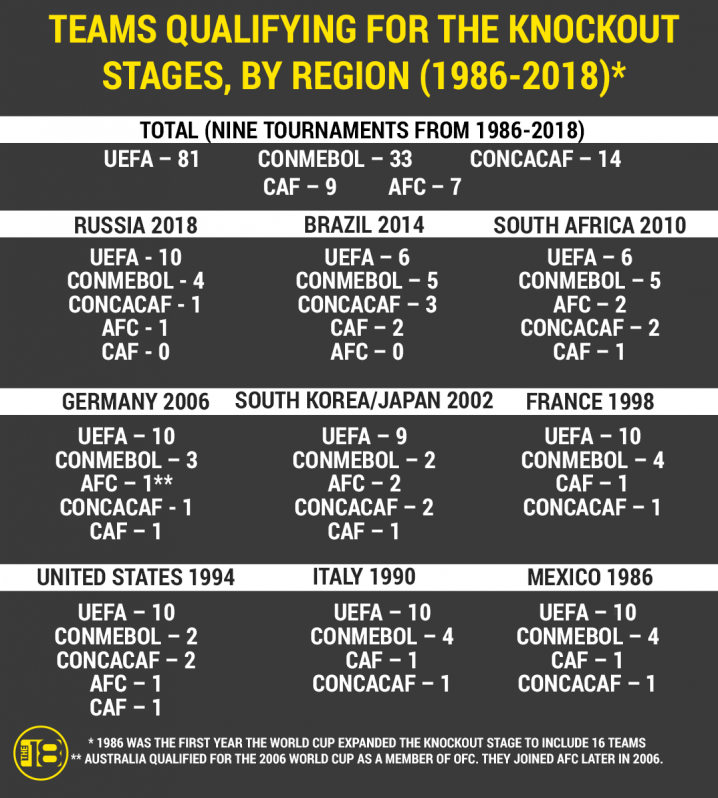 The 2022 World Cup would be more competitive with an additional team from either CONMEBOL or UEFA. Trimming the qualification spots from AFC and CAF would make sense, but it's unlikely that decision would ever make it to a vote.

Interestingly, when the 2026 World Cup expands to include 48 teams, UEFA and CONMEBOL will see their share of qualifying teams increase by a smaller percentage than AFC, CAF and CONCACAF. AFC will send eight teams, CAF nine and CONCACAF six.

Those federations have 46, 54 and 35 member nations respectively, so increasing their allocated spots will make the World Cup more of a global event. Still, there are going to be a few weaker national teams that qualify at the expense of stronger South American and European sides.

When Canada, Mexico and the U.S. host the 2026 World Cup, UEFA will automatically qualify 16 teams, and CONMEBOL will send six of its ten member nations. Perhaps the expanded field will help a darkhorse team claim the title. At the current rate, no team outside of Europe or South America has advanced to a World Cup final. After Brazil downed Mexico and Belgium knocked out Japan, it looks like that trend will continue for at least another four years.