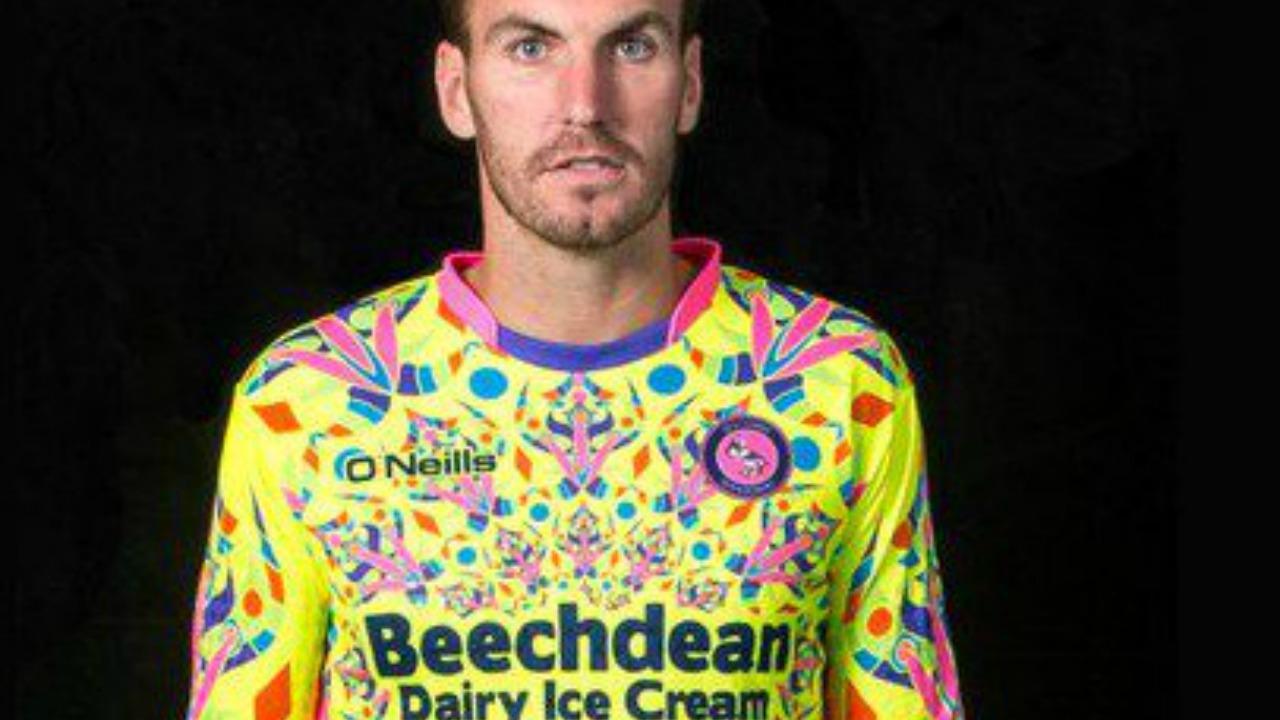 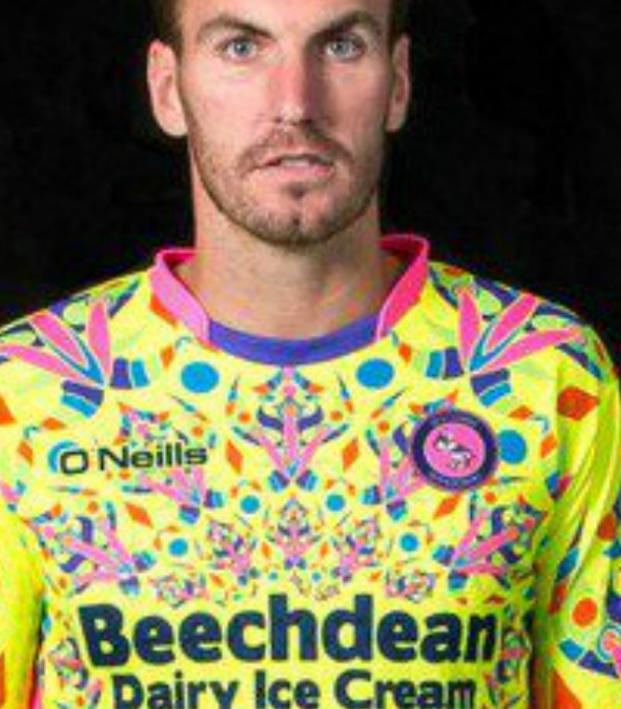 “There are only three things that are certain in life,” says Wycombe Wanderers’ goalkeeping coach Barry Richardson, “death, taxes and goalkeepers conceding goals.”

It’s with this mentality that Richardson, who’s also listed as second-choice goalkeeper for the League Two side, went about designing a goalkeeper kit alongside kit providers O’Neills for the upcoming season.

“I wanted to try to create a target area to draw opposition players’ eyes to,” said Richardson. “The modern-day goalkeepers are a lot bigger than they used to be, so it’s a no-brainer to design something with big, bright, bold colors because it just makes big goalkeepers even bigger.”

The inspiration for the shirt, according to Richardson, was the effect of looking into a kaleidoscope.

“With all of the sparkly colors, you could see them all on the peripheral, but your eyes are always drawn to the center,” explained Richardson.

Essentially, if even 1% more of shots are fired straight at the goalkeeper because of this dazzling design, Richardson and O’Neills will have created the goalkeeping kit of the future.

But how does Wycombe's No. 1 Scott Brown, the man in the photos, feel about it?

“I must admit I had to do a double-take when Barry showed me the designs — they’re a lot different from what I’ve worn in the past! But they’ve definitely grown on me and I’m looking forward to wearing them throughout the season, even if I get a few rude comments from opposition fans behind my goal!”

According to kit manufacturer sales manager Susie Robertson, the design team was “in seventh heaven” after being told to create “something psychedelic that will draw the eye of the opposition."

We can only imagine the methods and techniques they employed in the workplace to enter the state of altered consciousness necessary to create such fine pieces of psychedelia.