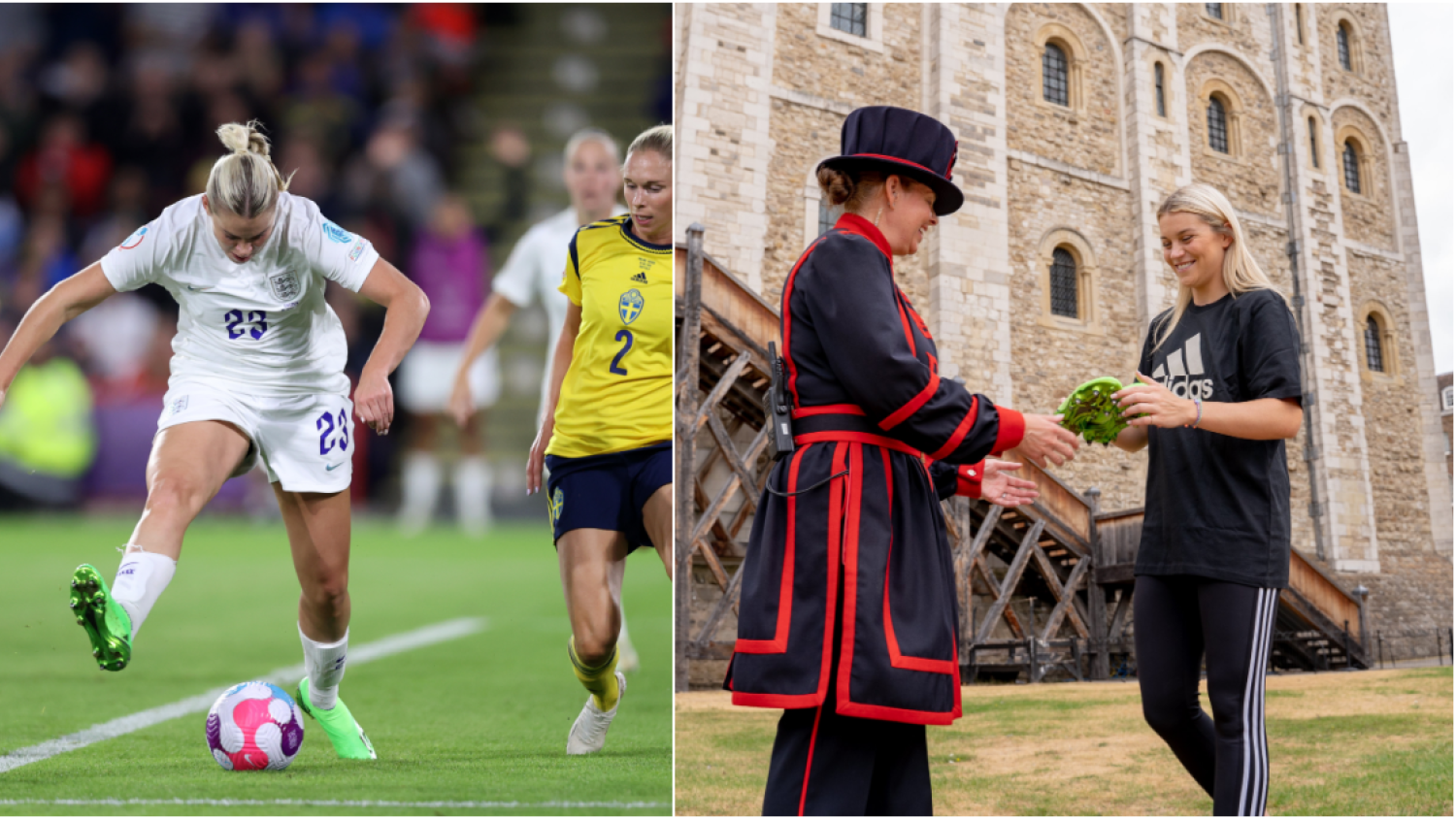 Alessia Russo is a confirmed national treasure, and not the Nicolas Cage kind.
Getty Images/adidas

The boots that created the Goal of the Tournament at Euro 2022 are now literal national treasures to be displayed in the Tower of London alongside England’s other crown jewels.

Alessia Russo scored a Puskás Award frontrunner with a cheeky backheel nutmeg goal against Sweden in England’s 4-0 win in the Women’s Euro semifinals on July 26. The Lionesses went on to win the tournament for the nation’s first major international soccer success since winning the 1966 men’s World Cup.

To commemorate the fact the England women, with far fewer resources than the men, won a competition the men and their seemingly infinite resources have never won, Russo’s adidas X Speedportal boots were delivered to the Tower of London by the Manchester United striker herself.

Russo handed her boots off to AJ Clark, the second female Yeoman Warder in English history. Yeoman Warders, also known as Beefeaters for some reason, are the ceremonial guards of the Tower of London, which houses England’s crown jewels including scepters, rings, orbs and, of course, crowns filled with jewels.

There are some new gems in the @TowerOfLondon

The boots worn by @alessiarusso7 that helped win @weuro2022 will now sit amongst our national Crown Jewels. pic.twitter.com/vHcXqsSfsT

“Scoring that goal is something I will never forget,” Russo said. “To have this memory preserved in time amongst other national treasures feels so surreal. This is an extraordinary time for sporting history, so a huge thank you to adidas for celebrating this moment in such a special way.”

The shoutout to adidas gives a clue as to why this happened: as a publicity stunt for the X Speedportal boots, which came out just before the Euros and have been promoted heavily by adidas — and Rick and Morty.

Nonetheless, it’s a cool moment for England and women’s soccer, as neon-green boots will be on display in the Martin Tower for a limited time for tourists to gawk at alongside the other gaudy jewels of England. At least this artifact wasn’t stolen.

Russo will next be in action with England — presumably sporting a new pair of cleats — on Sept. 3 and Sept. 6 in World Cup qualifying. Assuming all goes well for the Lionesses, they’ll then play the USWNT on Oct. 7, a match that has already sold out Wembley Stadium.

All available general admission tickets for our October international against the United States have now SOLD OUT, with only hospitality options remaining on sale at this time. pic.twitter.com/lk4zrOVnub

“They (the USWNT) have always been (the benchmark),” Russo said to ESPN. “If you think of women’s football, you think of what the USWNT have achieved in the past. To win so many major competitions is a credit to them and their program. I used to grow up watching World Cups when I was younger, and U.S. always seem to come out on top, so to take them on at Wembley Stadium will be amazing.

“I think we’re ready to take on whoever. Obviously, there’s still lots of work to be done, but we’ve had a great tournament and we just hope that we can keep getting better and keep going on to winning more and more.”