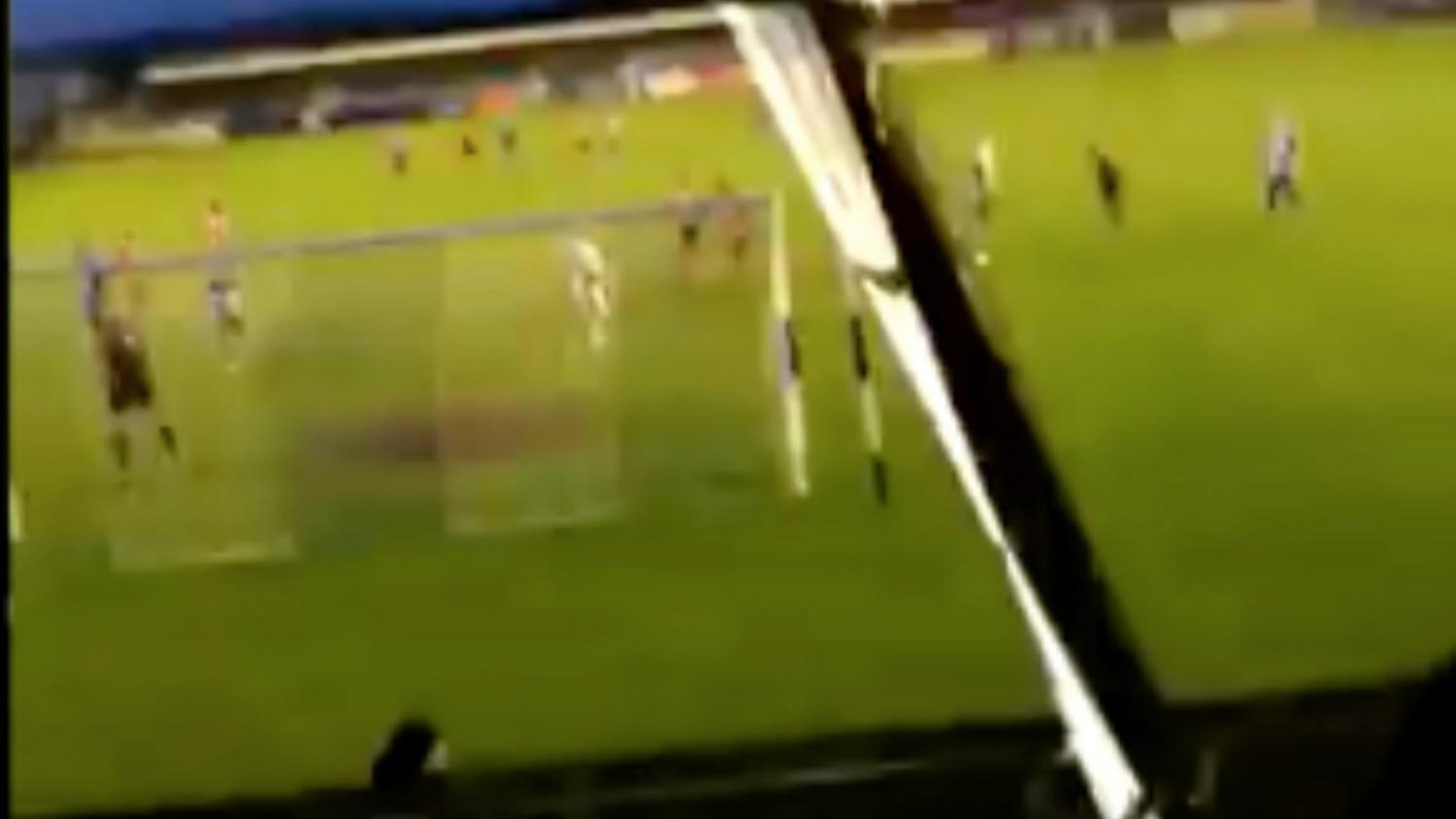 We've seen some absurdly bad penalty kicks over the years, but we now have a new GOAT for worst spot kick ever.

In a goalkeeper vs. goalkeeper PK, Nuneaton Borough's Tony Breeden took a shot which missed high. Breeden did, however, shine the light on his power by absolutely drilling it.

Missed the penalty...and broke the light

This penalty knocked the floodlight off pic.twitter.com/FzSfFMDSSO

If hit any lower, the keeper could have easily sent a fan or two straight to the hospital — the power on the shot could’ve possibly launched the victim halfway there on impact alone.