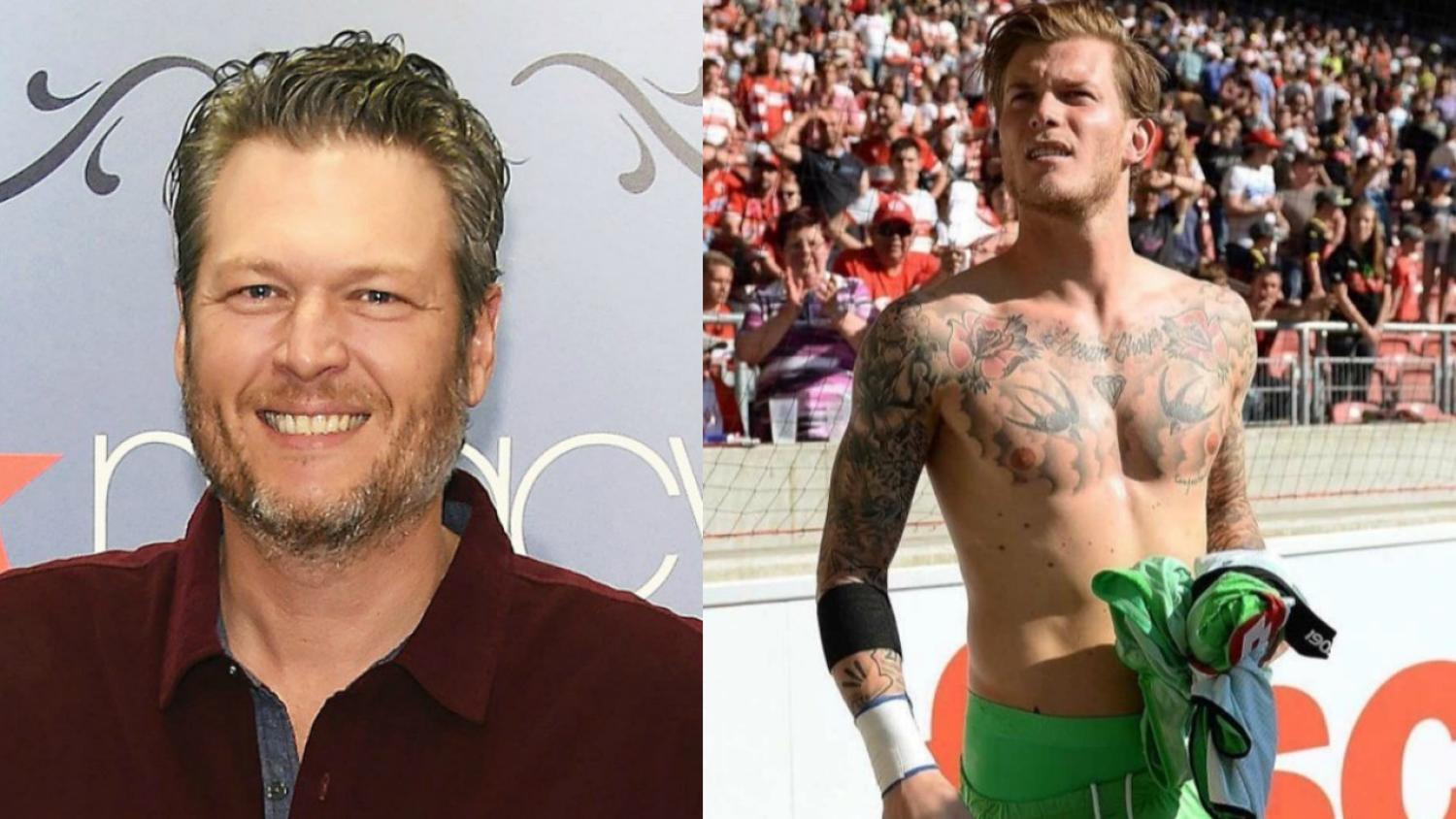 Surely you have seen the news by now. Everyone who's anyone has seen the news: Blake Shelton has been named "Sexiest Man Alive" by People Magazine. Many people have rightly noted that Shelton is and was a stupid choice, and I am here to offer up an alternative: Liverpool goalkeeper Loris Karius.

Shelton once recorded a song called "Boys Round Here," which if Brad Paisley's "Accidental Racist" didn't exist would be in the running for worst country song of all time (other candidates would include "Truck Yeah" by Tim McGraw, "Hicktown" by Jason Aldean, "Hey Pretty Girl" by Kip Moore and Luke Bryan's entire catalogue).

Karius had nothing to do with "Boys Round Here" or its accompanying music video, which is equally if not more stupid. That said, he is a master of an artistic discipline: Instagram.

Gaze upon the one true Sexiest Man Alive.

If this process was in any way democratic we all know how this would play out.

Aside from making bad country music, Shelton is known for being a judge on American Idol rip-off The Voice. Karius, on the other hand, has Liverpool on top of Group E in the Champions League group stage.

Also, Karius has never been in a Pizza Hut commercial.