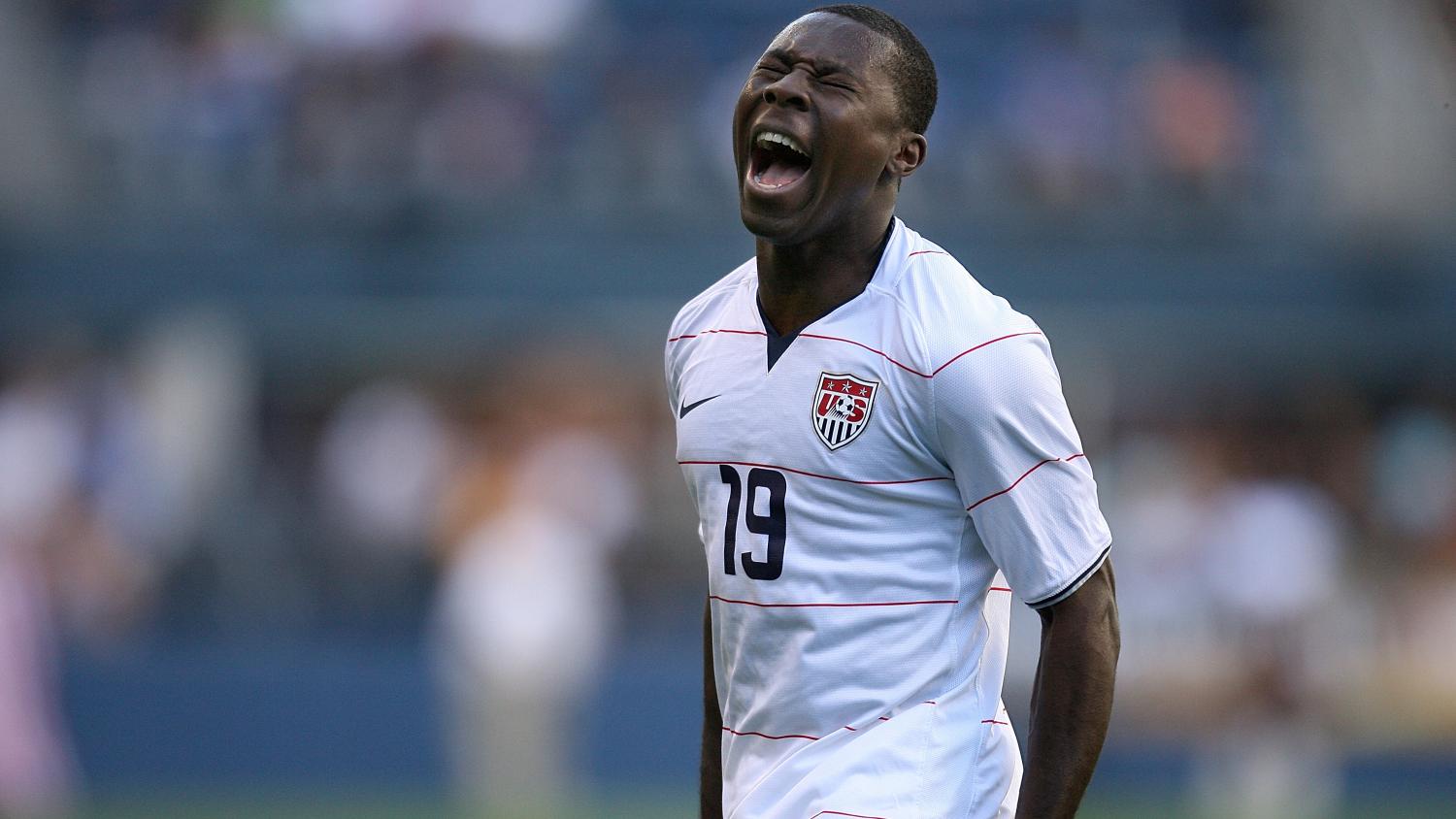 One of the three overage spots should go to the 30-year-old, and that’s damn-skippy.
Getty Images

For the last decade, Freddy Adu has been quixotically rediscovering his love for the game and declaring himself a much more learned and focused footballer. The problem is, over the course of the last five years, he’s only played 34 professional games, basically the same amount that Harry Kane plays in a week.

But he was learning to love the game again with Aris; he was retooling with the Tampa Bay Rowdies; he was just one of the guys with the Las Vegas Lights; he’s taking it back to the grassroots level with a U-14 team in Baltimore. Once he gets his mind right, so the story goes ad infinitum, he’ll be sucking down that Sierra Mist alongside Pelé once again.

“The Curious Case of Freddy Adu,” wrote The Versed. “Whatever happened to Freddy Adu?” mused The Washington Post. “Seriously, What The Heck Happened With Freddy Adu?” violently questioned Grantland.

You’d think the 2007 U-20 World Cup icon had been abducted and forced to live out his days performing a myriad of step-overs and rainbow flicks in an ill-lighted, ominously empty alien stadium on Planet Nine.

What happened to Freddy Adu is that he had zero work rate. He was America’s answer to Mesut Özil, except much more American (way worse at soccer and way more into Stouffer’s lasagna).

A recent Adu exclusive on ESPN by Bruce Schoenfeld has all the trappings of any Adu article written over the last 10 years (“I’m not ready to give it up” … “For the first time in years, soccer is fun”), but there are also excerpts that are totally shattering.

There’s Eric Wynalda’s explanation about why, despite Adu’s desire to return to the Lights for the 2019 season, he wasn’t offered an extension: “The reason that Freddy’s not here now, there are six or seven guys getting their first chance or their second chance. He’s on his fourth or fifth. It’s their turn, not his.”

But there’s also a fantastic quip from former Lights manager Isidro Sanchez about the talent Adu still possesses: “A normal player might touch the ball 50 times during one of those scrimmages. Freddy would take the ball two times. Literally two times. But those two times!”

And there’s the sad truth about how, without the ball at his feet, he moves around the pitch like “a body without a soul … like an ancient body,” and how the highlight of Adu’s career, from the player's own perspective, remains hearing the Champions League anthem ring out around the Estádio da Luz before Benfica’s group stage matches against Celtic, Milan and Shakhtar Donetsk. He was 18 at that point and on the substitutes’ bench.

And for those of us that grew up alongside Freddy, it hurts. Sure, he never reached the heights expected of him, but who can forget the moments of pure joy he brought into our lives.

Who can forget Adu’s D.C. United debut? April 3, 2004, on mother loving ABC! That shit was nationally televised! We all watched him shifting and smiling on the bench before coming on as a second half substitute. Piotr Nowak tried to keep him from us, but as Pablo Neruda once said, "You can cut all the flowers but you cannot keep Spring from coming."

And what about his goal only two weeks later, cementing what we all already knew: This is the greatest player of all time.

What about not only watching, but entirely enjoying a U-20 World Cup? That curled free kick against Guatemala for his first USMNT goal?? That two-year omission from the side before gloriously returning and heavily influencing the 2011 Gold Cup?! That ridiculous assist for the Tampa Bay Rowdies four years ago?!?!

That’s the thing about Freddy. He’s still capable of bringing immense joy to people just by answering the question “where’s Freddy Adu now?” and if he shows up on a soccer pitch, people can’t help but chant for more Freddy.

Now, more than ever, the USMNT needs that bit of joy, and that’s why I believe — regardless of what happens over the next year — Freddy Adu should be one of the three overage players selected to represent the U.S. at the 2020 Olympic Games (should we actually qualify this time).

3 Reasons Why Freddy Adu Should Play At The 2020 Olympics

As a U-23 thingy, people don’t particularly care about the men’s Olympic tournament. As a U.S. men’s side, doubly so. But include Freddy in the team and damn, this is the biggest sporting event of 2020. The ratings on NBC peak at 327.2 million viewers, we stop arguing about generational differences and all come together for that one thing we all know and love: where's Freddy Adu? There's Freddy Adu. Oh, he should also be the flag-bearer for the United States at the opening ceremony.

#2. He’ll be a mentor like Michael Bradley but people will actually respect him.

More than anything, the men’s Olympic tournament is a great proving ground for things to come. America’s failure to qualify for the 2016 event was a harbinger of the “Lost Generation” and foreshadowed the disastrous 2018 World Cup qualifying campaign. Adu, in that latest ESPN article, is loving his role as a part-time coach on a U-14 squad, and he’s also the ultimate role model for don’t-make-the-same-mistakes-as-me-kid.

His inclusion will add more eyes to the event, thus creating more pressure, but Adu will also shoulder it like a true Olympian, like Bode Miller at the 2006 Winter Games.

He’s been dealing with it for the last 16 years. The likes of Tim Weah, Josh Sargent, Tyler Adams, Weston McKennie and Christian Pulisic will love it, and they'll all learn that transfering to Kuopion Palloseura is a bad idea.

Form is temporary, class is permanent. If we’re trailing by a goal in the 85th minute, Adu comes on, stands stock-still in the opponent’s third, waits for a flick-on to come bouncing towards him, laces a half-volley from 25 yards top bins. He takes the corners and set pieces and we demand nothing more from him. We win gold.

In order to keep moving forward, you sometimes gotta take a few steps back. This is my platform for U.S. Soccer president.

Don’t forget to check out Freddy Adu’s Movie Reviews if you’re thinking about watching a film this year.