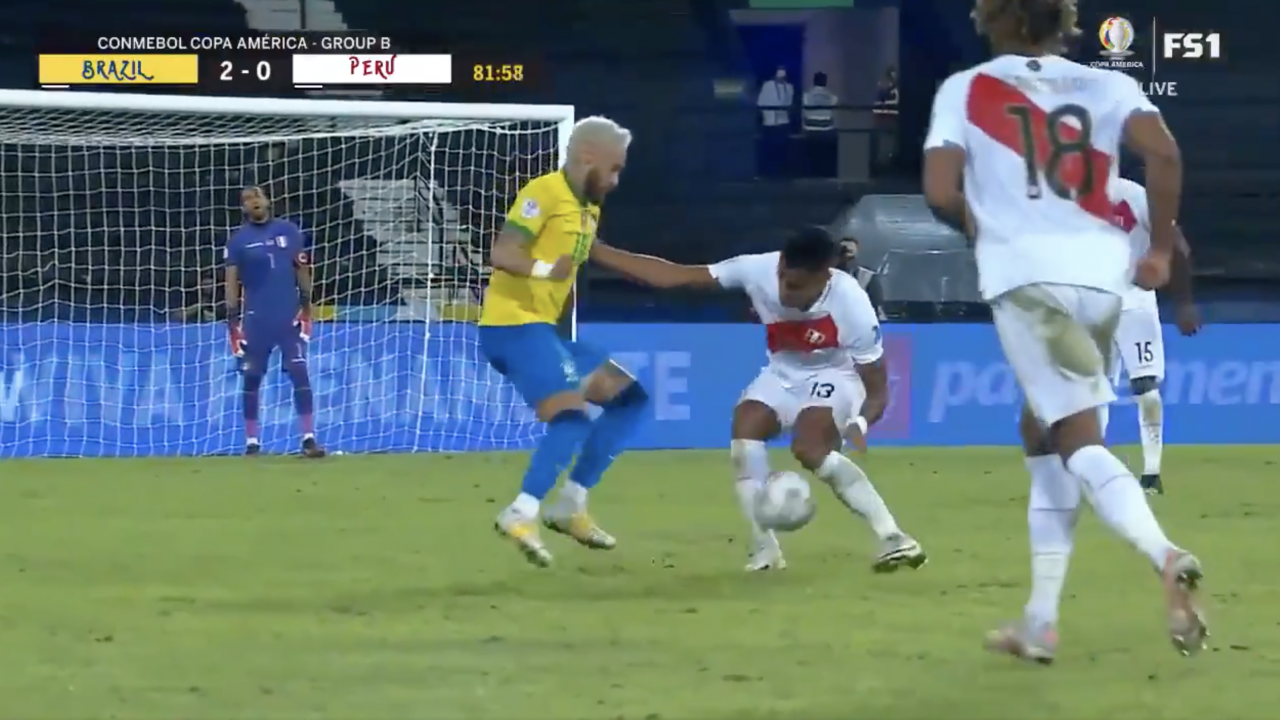 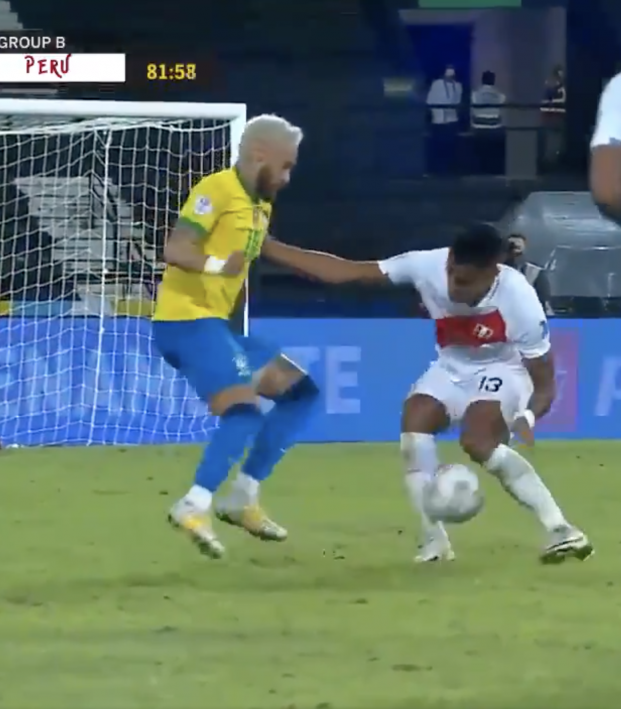 ICYMI: Neymar Sliced And Diced Peru’s Defense With Some Ludicrous Skill Moves Like It Was Nothing

Brazil continued its red-hot form Thursday night with a 4-0 victory against Peru in the team’s second Copa América fixture. Before showing the goals, you must see these silky Neymar skill moves vs Peru. Neymar was just toying with Peru’s best defenders because he can.

Good luck getting the ball from Neymar pic.twitter.com/einym8tzx7

Neymar is one of the more polarizing players that the sport has to offer. Soccer fans will either salivate at the opportunity to watch the Brazilian magician work his magic, or they will groan every time he does his quirky penalty kicks.

No one hates Neymar more than defenders as one Peru player finally put an end to the Brazilian’s antics. Those poor Peru players will be on “Neymar OUT OF THIS WORLD Skill Move Compilation (GONE WRONG) (GONE SEXUAL)” YouTube compilations for years to come.

The game against Peru was truly the Neymar show. The PSG forward was involved in the build-up of three of Brazil’s four goals. He scored one for himself, too.

Brazil is making it look easy at @CopaAmerica

Relive the reigning champs' latest win with our 90' in 90" pic.twitter.com/nNWJGVLEUB

Maybe it’s the new hair color, but Neymar looks like a new person out there.

This Brazil side looks unbeatable with Neymar at the helm. He's is a man on a mission to win his first Copa América. The 29-year-old had to watch his fellow countrymen lift the trophy without him in the 2019 edition as he sat out with an injury.

Next up for Brazil is a clash with Colombia on Wednesday.