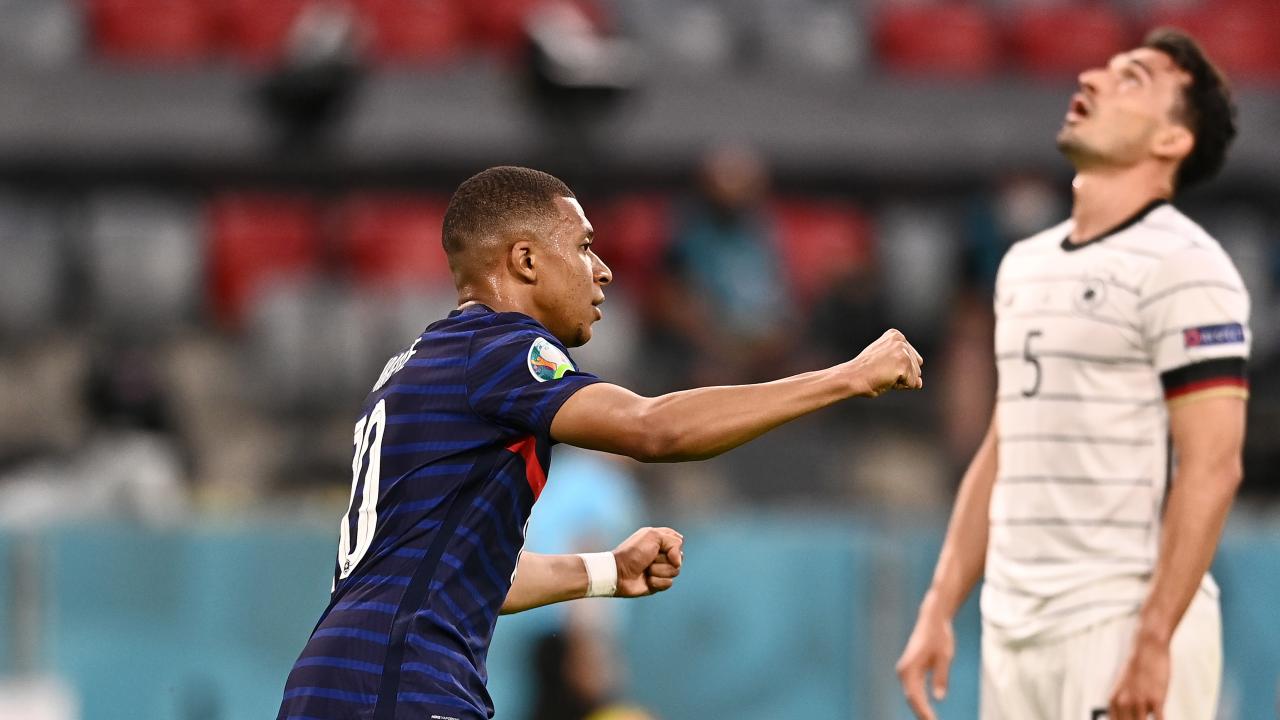 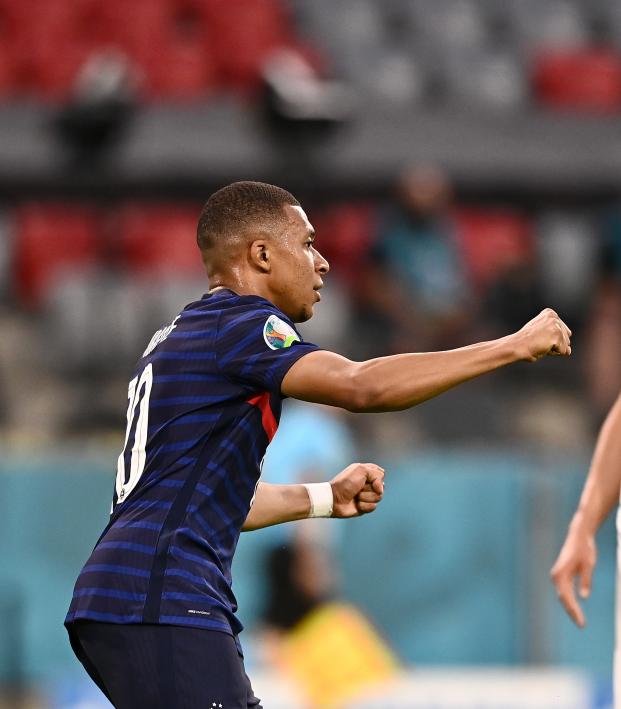 Germany Is Too Slow, The Netherlands Is Too Fast And Other Big Takeaways From Euros Week 1

Week 1 of 4 of Euro 2020 brought plenty of goal-mouth action, but also some disappointing performances — especially from some tournament favorites.

While we're only just starting the second matchday of the group stage, it is never too early to make some broad and definitive conclusions about the action that has taken place thus far.

Here are the biggest things I noticed from the opening week of the Euros.

Biggest Takeaways From Week 1 Of Euro 2020

Italy made it clear from the opening match of the tournament that it should be considered among the favorites to take home the Euro 2020. Roberto Mancini's side cruised past Turkey 3-0, with Turkey's goal total also representing the number of shots it had on target.

The Italians then repeated the same scoreline in their second group-stage match against Switzerland, holding the Swiss to just one shot on target in the progress. Mancini's men have been incredibly prolific so far, playing with pace and a sense of urgency that few other teams in the competition have demonstrated, and they have extended their unbeaten streak to 29 matches in all competitions.

But that same urgency of fast-paced play has been rare among the other top teams in the tournament. Germany looked lethargic and uninspired against France, and despite 62 percent possession only had one shot on target. Unable to penetrate the French defense, the Germans were forced to resort to low-percentage crosses from wide areas — very few of them found a teammate.

France snuck out a 1-0 win in that match, but it was not overly impressive either while in possession. France's best chances came on the counterattack in the second half when Germany was committing more numbers forward.

While Germany's struggles were not entirely unexpected given its poor form of late, Spain's nil-nil draw against Sweden was something out of the Sam Allardyce playbook. Despite 86 percent possession, Spain fashioned few dangerous attacking opportunities against the Swedes, and its ball movement was much too slow to trouble the Scandanavian side. Sweden even had chances to win and was unlucky to not get a goal out of two great chances in the Spain penalty area.

In Budapest, Portugal's 3-0 victory was a deceiving one given that the visitors didn't score until the 84th minute. The match followed a similar storyline to the Spain-Sweden contest a day earlier; Portugal dominated play but was not much of a threat simply because they moved the ball too slowly. Portugal was bailed out by a wicked deflection on the first goal, then the final two goals came when Hungary was pushing numbers forward in the dying minutes of the match.

This was in complete contrast to Belgium's match against Russia, as Roberto Martínez's side was clinical — taking the lead early and then controlling the match.

The overall pace of play has been ... slow

While some may call the near-stalemate between France and Germany a tactical chess match between two of the best sides in international football, frankly, it was a bit boring. Every Germany attack was so predictable and so passive that the outcome was never in doubt; Germany was either going to carelessly give the ball away or send in a wayward cross that would be cleared away and start a French counterattack.

A few moments of magic from Kylian Mbappé (despite the unlucky offside calls) were the only thing that kept the match from being a complete snoozefest.

Pace of play was also a major problem for Portugal and Spain, as their lack of creativity made it difficult to break down noticeably weaker opposition.

There is also the effect of the tournament format, where each game is magnified and every point matters. A draw for a less-favored team like Sweden or Hungary against a bigger side can be a strong platform for advancing out of the group stage.

Either way, the quality of play out on the pitch so far has been a bit disappointing.

Through two matches, North Macedonia has scored twice and conceded five times, but despite being at the bottom of Group C, they rank at the top for entertainment. Thursday's match against the Ukraine featured four goals, two missed penalties, multiple shots off the woodwork and a handful of stunning saves from the pair of starting goalkeepers.

Unlike many of the competition's top sides, North Macedonia has managed to create dangerous attacking opportunities despite having less of the ball. Both of their matches have been exciting and fast-paced, with numerous goal-scoring chances for either side.

Even though they haven't earned any points yet, in theory, North Macedonia still has a chance to advance to the Round of 16 with a win over the Netherlands, so don't count this side out and make sure to tune in when Goran Pandev is on the big screen.

I'm not sure how many people have tuned in to the ESPN+ feed for any of the Euro matches thus far (it's very weird and generally not useful), but the one benefit this feed does have is that is provides a birds-eye view — which is really only useful for determining the formations the teams are playing.

This led me to notice that when in possession the Netherlands essentially plays a 3-2-5 formation with a flat attacking five up top. Now I understand that the Dutch have been in somewhat of a tactical no-man's-land recently — stuck somewhere in between the Total Football of Johan Cruyff and the incredibly disciplined and structured system of Louis van Gaal — but I would venture to guess that if you have a couple of top-class midfielders in Frenkie de Jong and Gini Wijnaldum, you would be wise to make them the focal point of your attack. 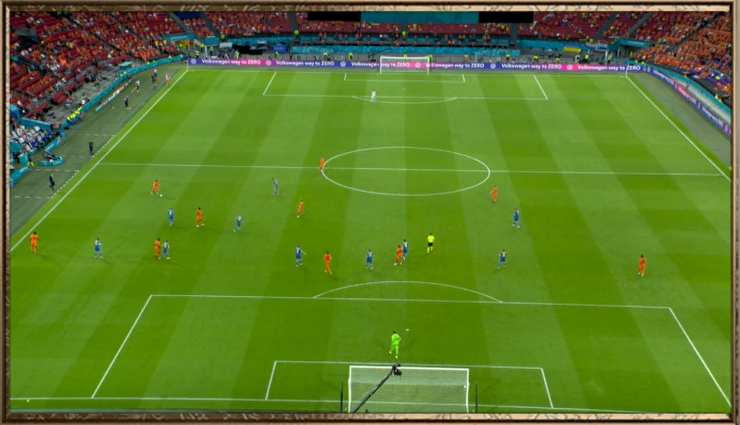 For some reason, this system has worked for the Netherlands, but that might actually come to hurt it later in the tournament. Screenshot via ESPN+'s super-duper, easy to watch, alternate match feed.

Instead, Frank de Boer has chosen to bypass the midfield and send long balls over the top in an attempt to take advantage of pacey wingers like Memphis Depay and Denzel Dumphries. This strategy has worked against weaker teams like Austria and Ukraine, as the Dutch have taken advantage of defensive errors and the pure pace of their attackers to score five goals over the two matches.

But this style of play won't work against more talented opposition who have the defenders to keep the Netherlands at bay. While the front five is not inherently bad, the Netherlands is not utilizing it properly. The only runs being made are forward. No one checks to the ball or varies his movement. While this does open up space for the central midfielders as well as the technically-able front three, it becomes way too predictable to beat any real contenders in this tournament.

The Netherlands excelled on the counter because it was able to exploit space over the top, but when in possession that space is not there. This style of play might work in the group stage, but if Frank de Boer wants to progress further in this tournament, his side will have to become more adaptable.