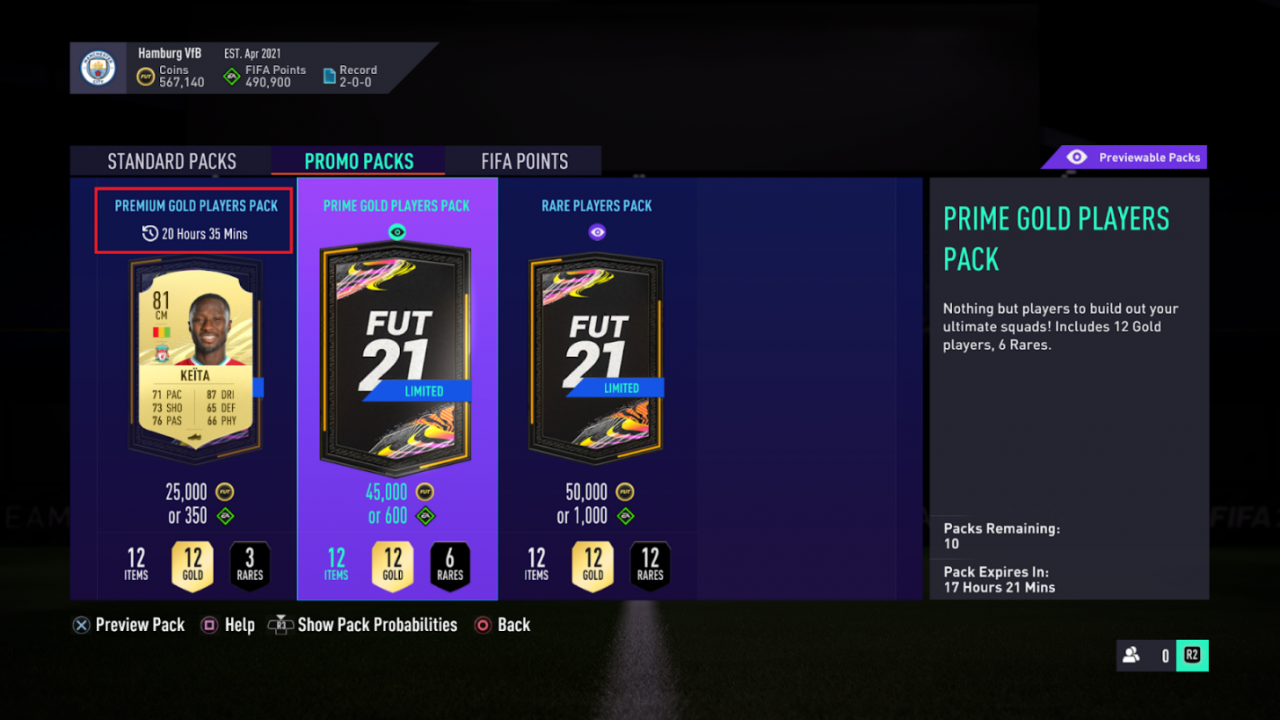 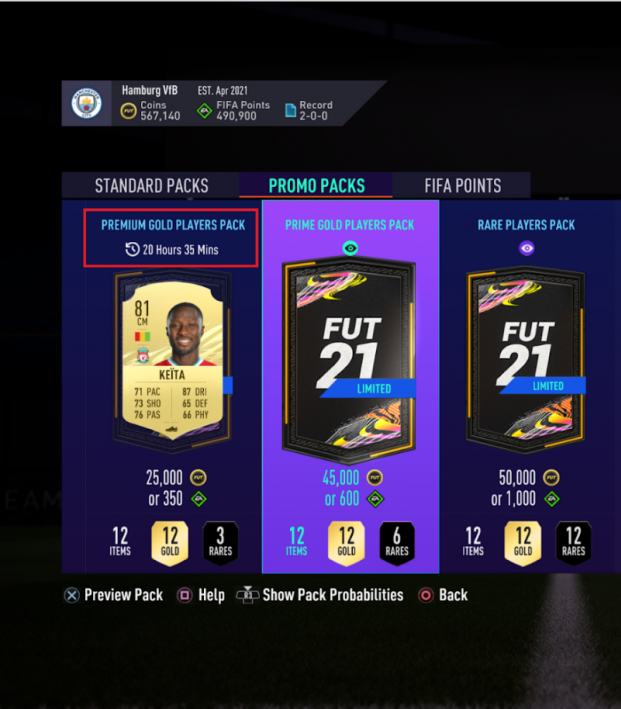 With more and more governments threatening legal action against EA Sports over the use of loot boxes (player packs) in modes like FIFA Ultimate Team, EA may have come across a workaround with FUT preview packs. Currently, FUT 21 players can preview packs before they choose to buy, which kinda sorta limits the gambling aspect of loot boxes.

EA Sports has long been under fire for how rare the best players are, with most packs having a fraction of a percent of a chance to contain a player like Lionel Messi or Cristiano Ronaldo. Many governments have claimed it’s a form of gambling and should be legislated as such, which would prevent children from using the mode that earns EA Sports north of $1.6 billion per year. Players want those best players so they can beat their peers, so they keep throwing money at the game in hopes of getting lucky.

Because it’s possible to spend hundreds or thousands of dollars without getting a usable player, the frustration from gamers, governments and parents is understandable. Not everyone can be as lucky as me, who snagged Cristiano Ronaldo and Lionel Messi fairly early in FUT 21 (before I rage quit the game).

FIFA 21 is currently running a Festival of FUTball promotion where any purchasable pack offers a preview of the rewards before you decide to purchase. (Packs otherwise awarded via challenges are not previewable.)

See before you decide with Time-Limited FUT Preview Packs. Learn how they work https://t.co/Q6dpn7WZva pic.twitter.com/9dXzJDHII7

Here’s how the FUT preview packs work: You go to the store and find a pack you’re interested in. Normally you just choose then and there whether or not to buy it (and with coins or FIFA Points). Now you can select “Preview Pack” and the game goes through its normal pack-opening animation before showing the contents. Once you see which players/items are in the pack, you can decide to buy the pack (with coins or points) or not. If you choose not to buy the pack, you must wait until a timer expires (about 19 hours as far as I could tell) before you can preview another pack of the same variety. If you buy the pack, you’ll be able to preview the next pack, and so forth.

Currently these FUT preview packs are only available during this promotion, but it could be a preview to a long-term solution for EA Sports to avoid Ultimate Team being labeled as gambling.

At the same time, it probably won’t curb spending too much. While many will have the patience to wait for the timer to expire to preview a new pack, the whales who provide the largest profit margins will probably just decide to buy the pack so they can get another chance.

Personally, I think this is a decent workaround. Folks who have patience will make sure they don’t waste a ton of hard-earned coins or real-life money on a pack containing base Jack Wilshere, while those who have plenty of money to spend will continue to throw cash at EA Sports. The question is whether or not this is something EA Sports continues to utilize or a trial that convinces them to try a different route. Either way, it’s worth keeping an eye on for FIFA players.

As for me, having not played the game in a few months, I tested the FUT preview packs and got a Path To Glory Ante Rebić, so I might drop 45,000 coins to add a speedy winger to the bench of the team I probably won’t use again. 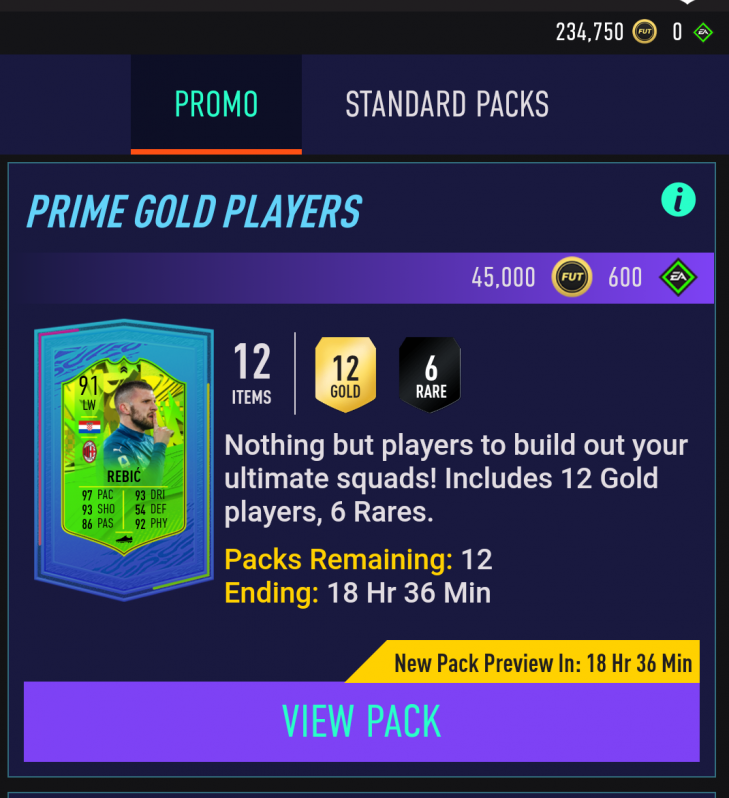 FUT Preview Packs lets me decide whether or not to buy this pack.