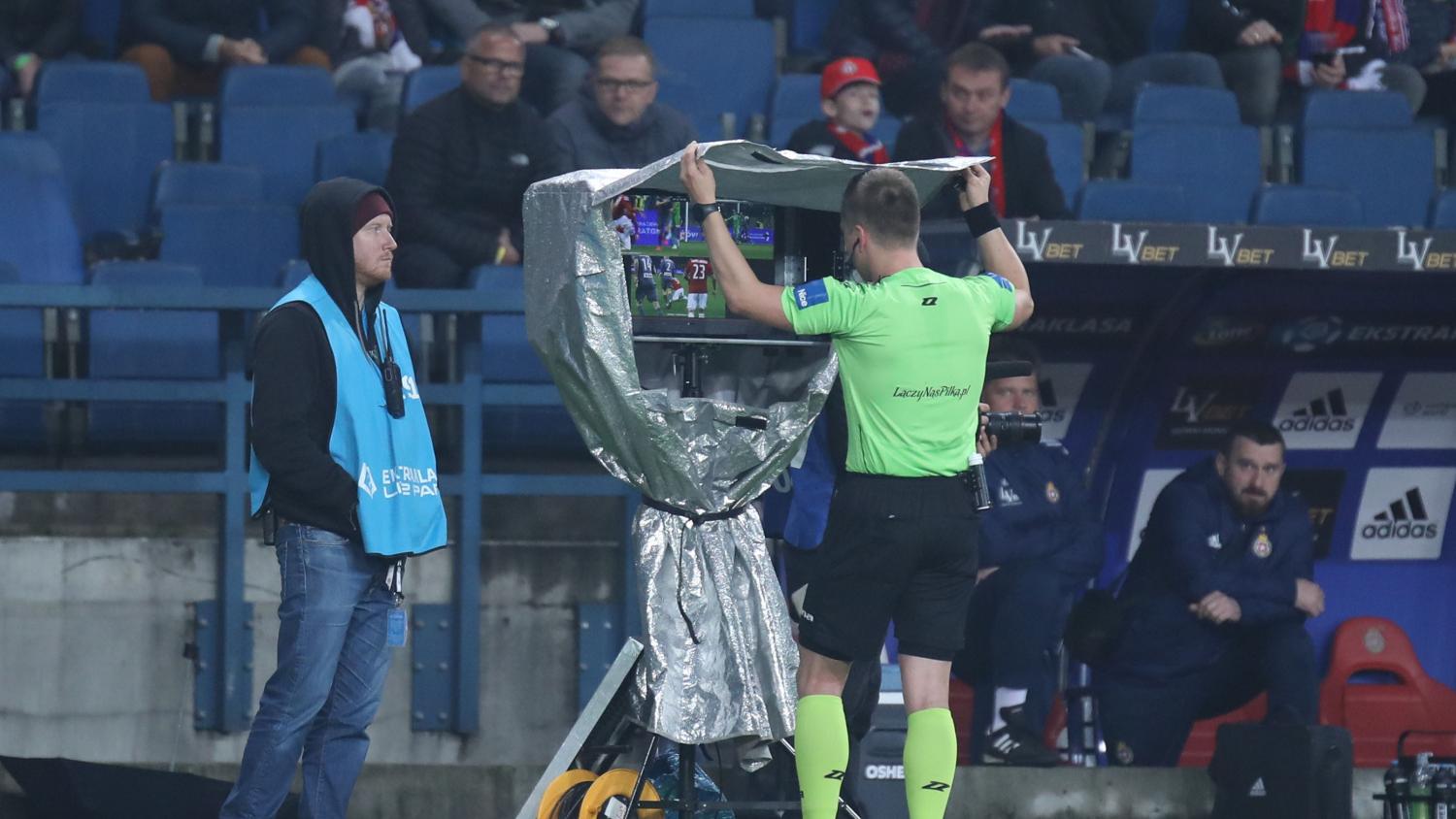 Too often the punishment doesn't fit the crime.
Shutterstock

The application of VAR has contributed to officials awarding a record number of penalty kicks during the 2018 World Cup. The 28 penalty kicks awarded thus far shattered the previous record of 18. In addition to identifying fouls in the box, VAR could be used to improve penalty kick rules by making them more nuanced.

The historical success rate of penalties taken during a match is somewhere between 75 and 80 percent. When a foul in the box prevents a clear goal-scoring opportunity, teams deserve a penalty kick.

The problem arises when a foul in the box is merely innocuous. If a player has his back to goal at the edge of the 18-yard box and is tripped, it's highly unlikely the trip prevented a goal-scoring opportunity with a 75-80 percent success rate. But an official must still award a penalty.

Take, for example, two penalties awarded against Denmark during the World Cup. In the Danes' opening match against Peru, Denmark winger Yussuf Yurary Poulsen tripped Peru midfielder Christian Cueva at the top of the 18.

Cueva was cutting back onto his left foot, and he likely could have gotten a shot off had he not been tripped. But there were several Denmark defenders between him and the goal. Simply put, the probability of scoring from an 18-yard shot through traffic is not the same as from the penalty spot.

Fast forward to the 114th minute of Denmark's Round of 16 match against Croatia. Ante Rebic dribbled around Denmark keeper Kasper Schmeichel and had a clear look at goal, only to be tripped from behind by Zanka.

Had the foul not occurred, Rebic would have had an easy tap in. In that case, a penalty kick was more than justified. The most fair solution would have been a red card and awarding Croatia a goal. However, so long as FIFA rules dictate that goals cannot be assumed, the penalty kick is the next best option.

The fouls against Cueva and Rebic demonstrate the unusual sweeping nature of penalty kick rules. The probabilities associated with each scoring chance were drastically different, but the penalty awarded was the same.

In order to more accurately reflect the severity of a foul, penalty kick rules should change to allow officials to call for more direct free kicks in the box. Although these initially could appear awkward, it would keep penalty kicks awarded from relatively harmless fouls from changing the complexion of a match.

Penalty kick rules have long been considered an injustice in soccer, and VAR makes addressing them all the more urgent. Ten of the 28 penalties taken during the World Cup were awarded after a VAR review.

It's long been assumed officials will not call a soft foul in the box in order to compensate for the harsh punishment of a penalty kick. However, now that officials consult VAR, they face more pressure to call even the slightest foul in the box.

VAR in theory should lead to more penalty kicks being awarded. But its use in professional leagues suggests that reading into the high frequency of penalty kicks during the 2018 World Cup is foolishly trusting a small sample size of matches.

Perhaps players adjust to the reality that soft fouls result in penalties. Defenders are more careful not to commit an infraction in the box. And attackers know that diving is no longer going to work.

One could argue the severity of a penalty kick contributes to a cleaner game. With such a strong disincentive to commit a foul in the box, attackers can play freely and not constantly worry about being dragged down on the brink of scoring a goal.

But that's where VAR can be helpful. If penalty kick rules are changed, officials could not only check to determine if a foul was committed, but also whether the foul prevented a clear goal-scoring opportunity.

The rules would need to define what a clear goal-scoring opportunity is, and it could be suggested that officials give attackers the benefit of the doubt. More often than not, a penalty kick is a just result after a foul in the box has been committed. But sometimes the punishment does not fit the crime. And that's where rules officials and VAR can improve the game.