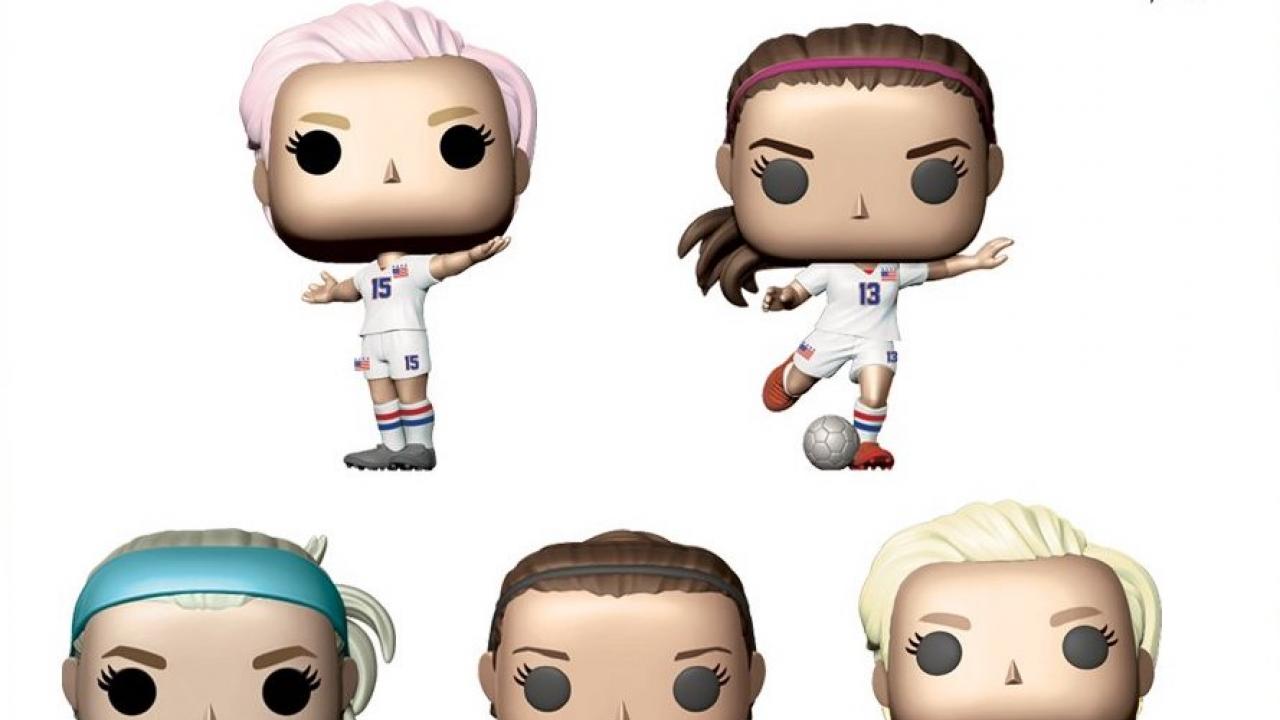 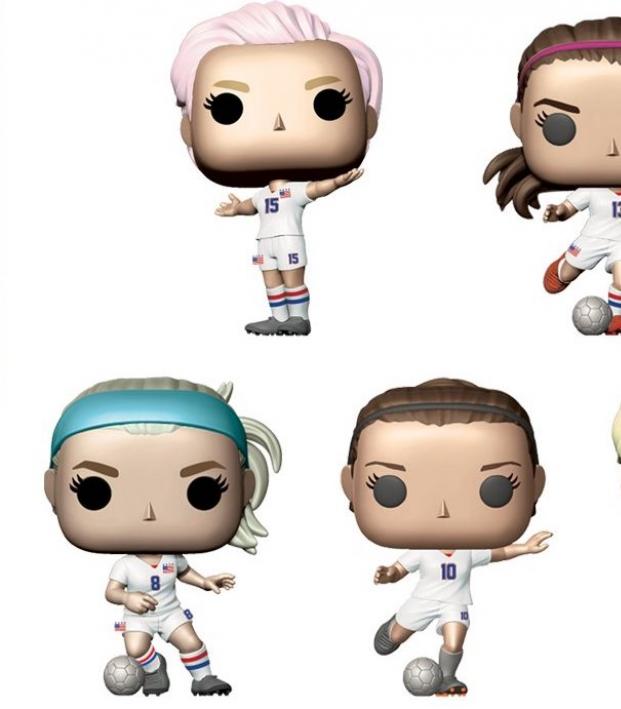 The USWNT is the best soccer team of all time, having won four Women’s World Cup titles and four Olympic gold medals. But you’ve never truly made it until you’ve had a Funko Pop! vinyl figurine made in your likeness. The collectible company announced five USWNT Funko Pop! models this week at Toy Fair New York 2020.

For $9.99 a pop, you can own these USWNT Funko Pop! collectibles, four of which are available now for pre-order. (They’re also available on Amazon for pre-order for a dollar more.)

There’s Megan Rapinoe with her pink hair and iconic pose, Alex Morgan and her slim pink hairband, Julie Ertz and her thick light-blue headband and Carli Lloyd with a slightly less-noticeable black hairband. Our only problem with the figures is that Morgan is kicking with her right foot, and everyone knows she’s a lefty. Well, that and the fact we wish more players were included. No Tobin, Rose or Kelley?

A fifth figure, Megan Rapinoe with blonde hair and a red jersey, will be exclusively available at Barnes & Noble.

These aren’t the first soccer Funko Pop! figures the company has produced, but we believe they’re the first to feature women’s footballers.

It’s funny, isn’t it, how the U.S. Soccer Federation refuses to pay the USWNT what they’re worth, but the players get Funko Pop! figures before any USMNT players?

Maybe if the USMNT ever actually wins something Funko will produce a Christian Pulisic figurine, but we’re not holding our breath.