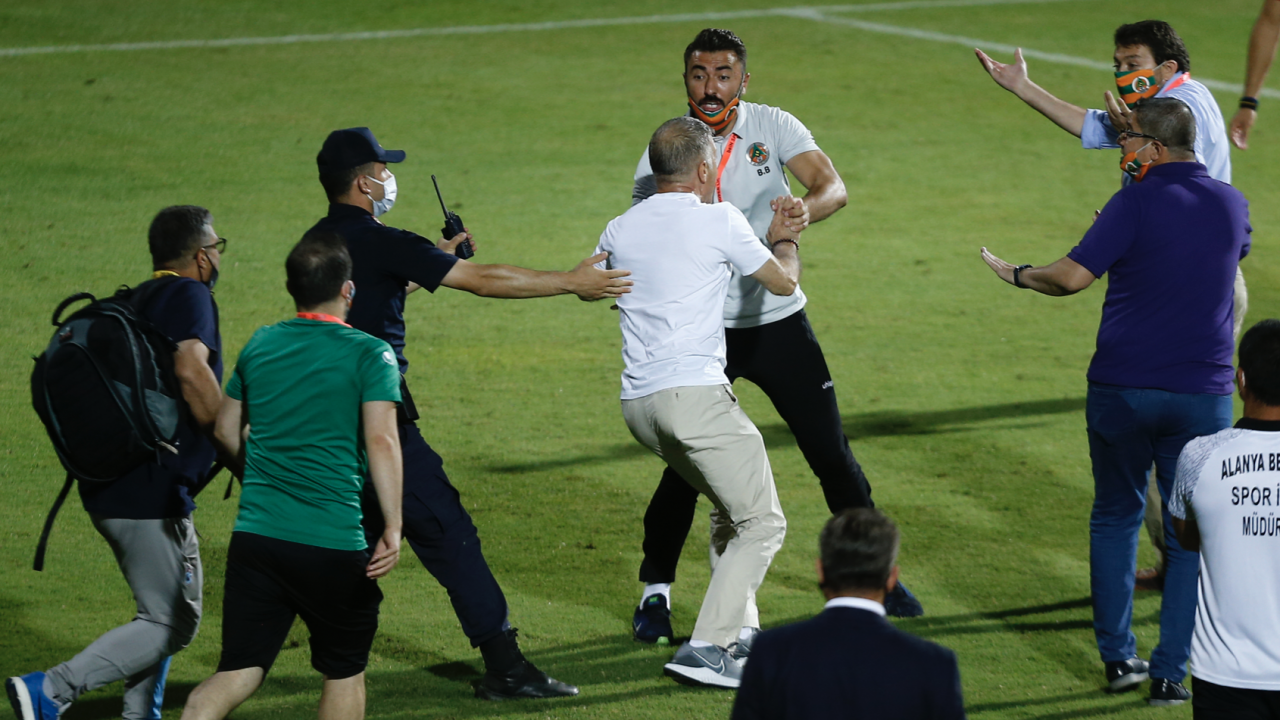 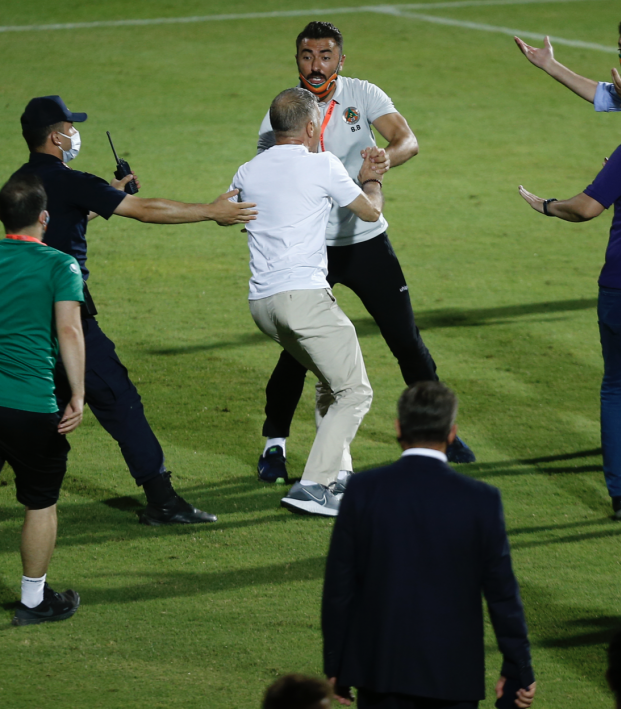 A heated Turkish Super Lig match between title contender Trabzonspor and sixth-place Alanyaspor ended in blows between the clubs’ staffs after the final whistle.

It was an intense and important match. A win for Trabzonspor would have put the club tied on points for first in the league with İstanbul Başakşehir. Two red cards were shown during the match — one for each side — and Trabzonspor took the lead twice, but Alanyaspor leveled the score both times. Former Newcastle United striker Papiss Cissé scored Alanyaspor’s first goal and gave a powerful celebration.

Alanyaspor conceded again but then scored the game-tying goal in the 95th minute.

The real firework show kicked off after the final whistle when words were exchanged between Alanyaspor staff and Trabzonspor president Ahmet Ağaoğlu. Those words quickly escalated to Ağaoğlu descending the stairs and letting his fists finish the conversation.

Are TS going to implode again? So often they have been their own worst enemy... tbh Ağaoğlu has done a great job overall but this is madness pic.twitter.com/S905ciJWIZ

The reasoning for the fight is still up in the air. According to Ağaoğlu in an interview with Turkish media outlet A Spor, the president said he was subjected to heavy provocation and verbal insults. The culprit of the verbal abuse is thought to be the older brother of Alanyaspor’s president. The insults are rumored to have been accusations of Ağaoğlu being drunk during the match and hurtful comments about his deceased mother. He firmly denies having had anything to drink.

In the interview with A Spor, the president said the club apologizes for his actions after the match and not keeping calm. The Turkish Football Federation has yet to announce if/what punishments will be handed out.

Trabzonspor and Alanyaspor will meet again in July for the Turkish Cup final, which I can’t imagine will be awkward in any way. Perhaps they will bring boxing gloves next time.