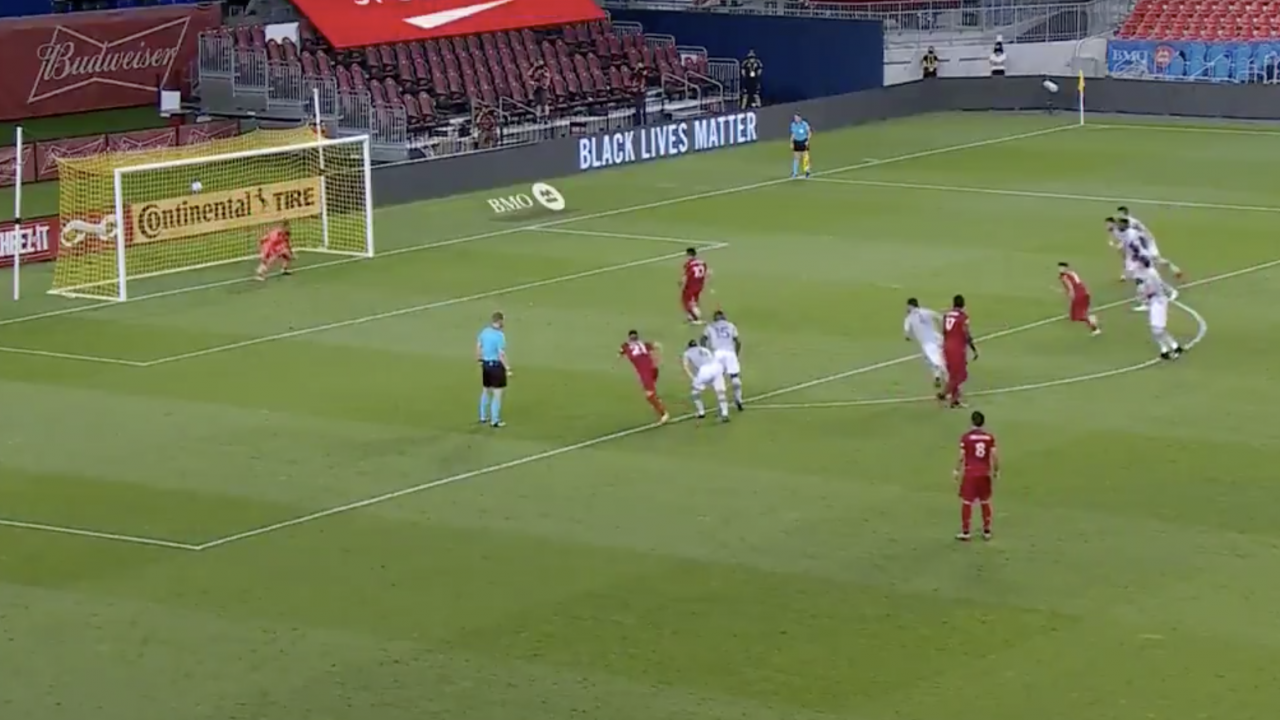 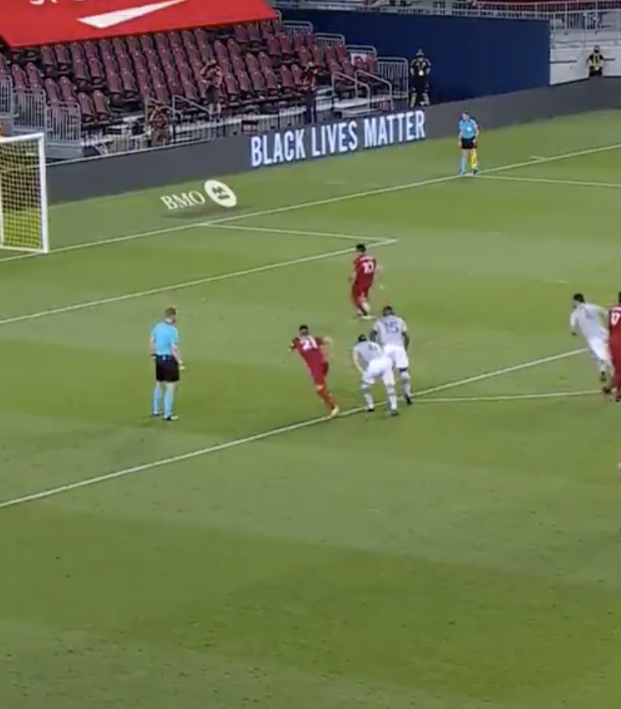 Toronto FC Tries To Be Messi And Suarez, Fails Miserably And Loses The Game

Toronto FC blew a huge opportunity when it tried to be like Lionel Messi and Luis Suarez in Tuesday night’s game against its country rival Montreal.

On the stroke of halftime with Toronto trailing by one, Jozy Altidore was taken down in the penalty area and the referee pointed to the spot. With this golden chance to equalize, Toronto decided instead to squander the tying goal with this abomination of a play.

The referee awarded an indirect kick after Toronto’s Alejandro Pozuelo rolled the ball to the incoming Pablo Piatti. The reason for the whistle was that Piatti was a solid three steps into the box before Pozuelo laid it off to him. Yes, the arch on top of the 18 counts as the penalty area.

This situation caused a massive debate in the replies with people questioning if the kick should have been retaken and what the actual rules are. According to the International Football Association Board’s laws of the game, if a teammate of the penalty taker (Piatti) commits an offense (running into the box early) then one of two events will take place. If a goal is scored then the penalty is retaken. If the ball doesn’t go into the goal then an indirect freekick is taken. Pozuelo’s ‘attempt’ counted as the layoff pass, therefore the ball didn’t go into the goal and the indirect kick was given.

The IFAB even provides a nice little chart to decipher what happened.

Some make the case that several Montreal players also encroached before the kick was taken, which looks possible even with the camera angle. In the situation that players from both teams encroach then the penalty should have been retaken according to the laws of the game.

Toronto would lose the match 1-0, with this penalty kick chance being the difference. The idea was to pull off a similar stunt that Messi and Suarez did against Celta Vigo in 2016.

One huge difference here is that when Barcelona pulled out this trick it was beating its opponents 3-1 with 10 minutes left in regulation. Toronto tried it before halftime DOWN A GOAL.

The lesson here: Maybe just bury the penalty kick into the net and save the training ground antics for a less consequential time.