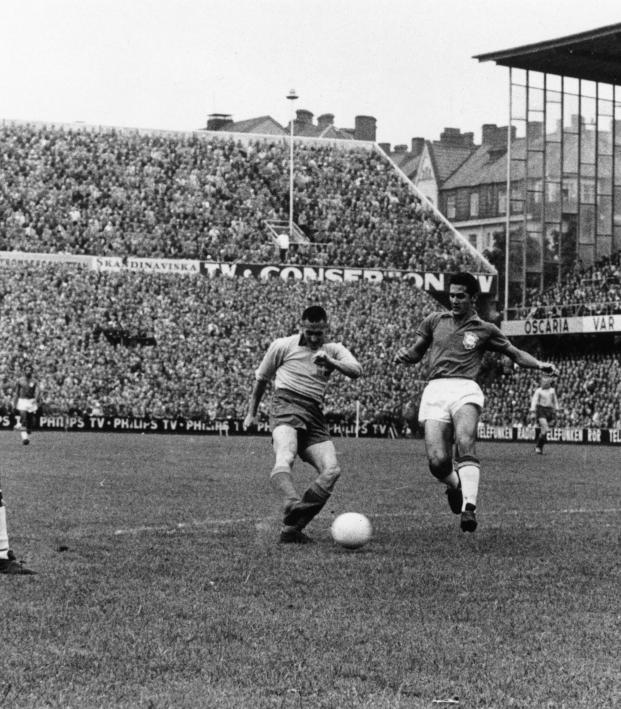 The 1958 World Cup Final remains an iconic match due to the fact that a 17-year-old Pelé spearheaded Brazil’s 5-2 beatdown of host nation Sweden with two fantastic goals. But rather than turn the page there, why not take a closer look at the Seleção’s first-ever world title?

Having just watched the entire 90 minutes for the first time myself, I’m happy to report that the showpiece event of the sixth World Cup definitely didn’t disappoint. It was a different era — one full of strange skills, uplifting sportsmanship and a certain nostalgic sense of the human collective.

Almost every foul in the match was followed by an immediate suspension of hostilities and a promise to work together for the greater good.

While supporters in the stadium wished TV viewers at home a pleasant evening.

It was relaxed enough to make you forget about shin guards, which one Swedish player obviously did. 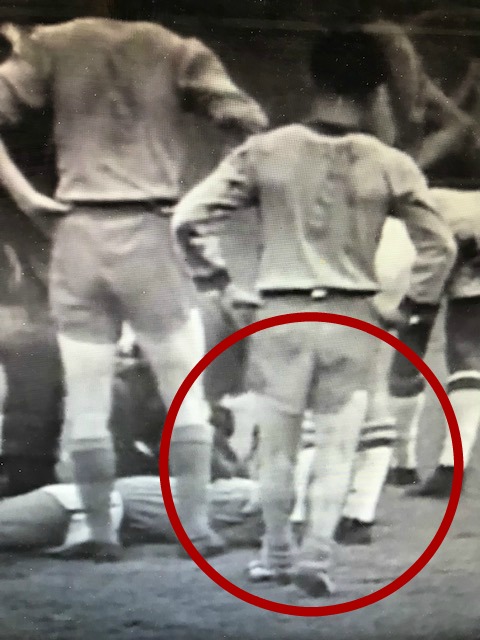 And there was no need for VAR when divots of dirt could be relied on to tell the truth.

Even when the most egregious shit happened, players just got on with it — although it’s also worth remembering that yellow and red cards weren’t introduced until the 1970 World Cup in Mexico.

For example, in the match’s opening minutes, a ball over the top from Sweden’s Gunnar Gren was going to unlock Brazil’s backline. But not so fast: Brazil captain Hilderaldo Bellini simply clawed it out of the air with both hands. In modern football that’s a red card with the Swedish team surrounding the ref and gesticulating wildly for justice . . . in 1958 everyone says “that’s alright, old sport. It was a difficult ball to deal with and we all know that you’re a sporting fellow. Let's continue!”

But Sweden would get its justice a couple minutes later through Nils Liedholm. You might’ve seen Pelé’s goals in this game, but this strike from Liedholm — after beating two defenders following a fantastic Swedish build-up — deserves more historical acclaim.

But Brazil would equalize in the ninth minute with Vavá tapping in from a low Garrincha cross. Garrincha worked some space by cutting right. On this day, Garrincha only cut right.

In the 32nd minute, Brazil took the lead with a copycat goal of its first. Again, Garrincha cut right before sending in a low cross for Vavá. Déjà vu.

I think Sweden knew what Garrincha was doing, but they sure as hell couldn't stop him.

But as legendary as the dribbling skills of Garrincha are, it's come to my attention that the balding Swedish midfield maestro Gunnar Gren was also a pioneer — primarily of the outside-of-the-boot flick, but he was really just a true Renaissance man all around. He was a rebel without a cause, playing joga bonito a half-century before Zlatan.

Some of the other Swedes certainly weren't on Gren's level. This might be the worst attempted cross in the history of World Cup finals.

Gren did his part for Swedish flexing, but ultimately the panache battle was easily won by Brazil. I believe the final tally with regard to nutmegs was 7-0. Golden Ball-winner Didi was particularly savage on a number of occasions.

As for Pelé, the 17-year-old had a relatively quiet first half. He only smashed a venomous half-volley off the post…

And then almost scored one of the greatest goals of all-time...

Not to worry, because 10 minutes into the second half, he did score one of the greatest goals of all-time.

Pelé's second arrived in the 90th minute and it was glorious too.

But I have no clue what was going on between the goal and the sound of the final whistle. Let's get this goal celebration in FIFA 21.

He was maybe still feeling the effects of this one.