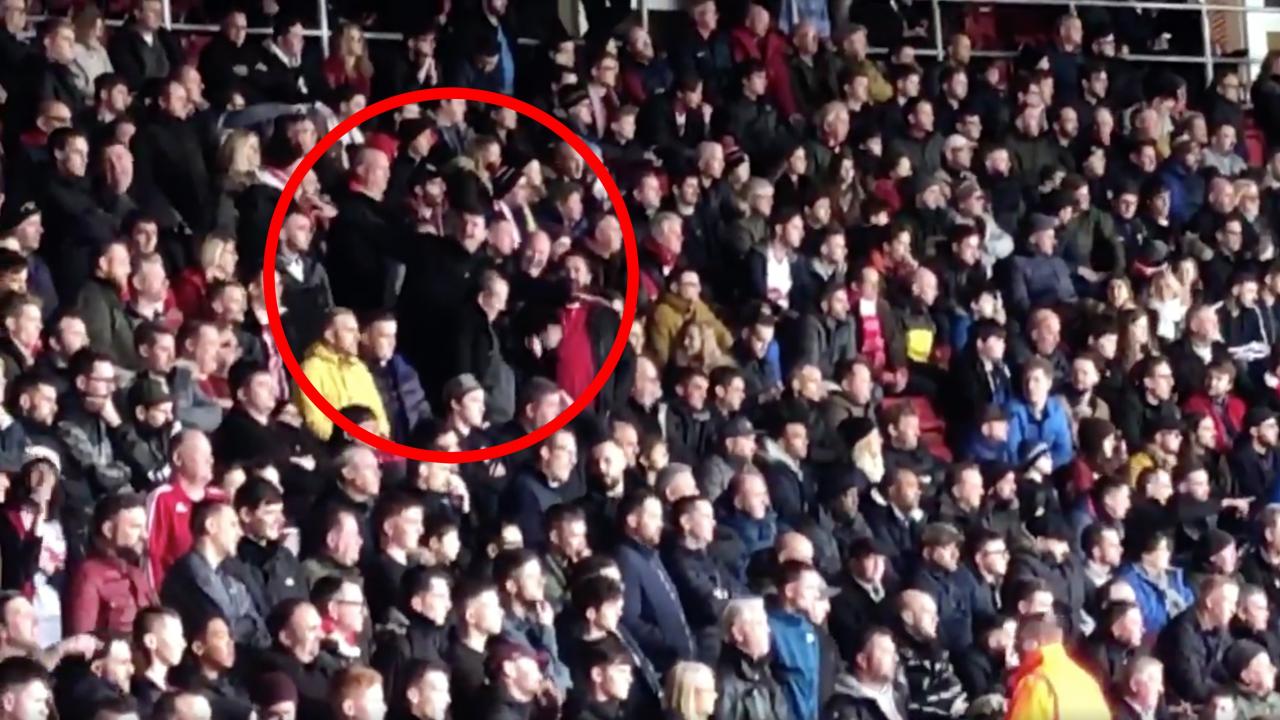 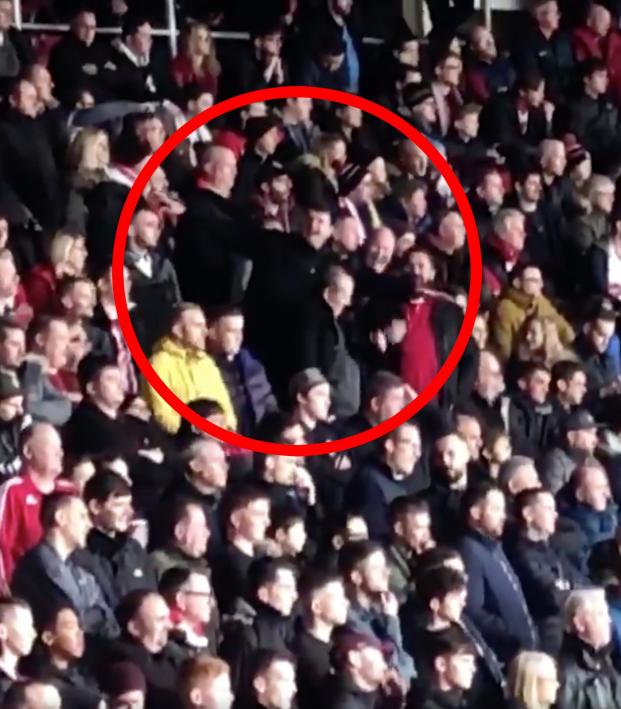 Cardiff City defeated Southampton 2-1 on Saturday, the club’s second straight victory after grabbing just five wins in its first 24 matches. The Bluebirds are playing inspired football following the tragic death of Emiliano Sala, the club’s record signing who died in a plane crash in January and whose body wasn’t found and identified until a couple days ago.

Cardiff jumped up to 15th place with the back-to-back wins, a feel-good story coming out of devastating heartbreak.

While things are going well on the pitch, off the pitch the club had to deal with a Saints fan mocking Sala on Saturday.

Southampton fans at St. Mary’s Stadium were seen making suggestive gestures toward the away supporters during the match. One Cardiff City fan caught them on camera and said they were soon ejected. You can clearly see a man wearing black waving his arms to mimic an airplane.

(Warning: NSFW audio in clip below.)

Keep an eye on the bloke in the middle, making plane expressions just two days after the Emiliano Sala confirmation, glad to say they both got ejected but had to shame them #CCFC #SOUCAR pic.twitter.com/nF57gpFMDh

It was an indefensible display from the Saints fan and we’re glad he didn’t get to see the rest of the match.

That said he probably doesn’t deserve to be banned from the stadium, as many in the comments below the tweet called for. That is unless the stadium also bans the Cardiff City fans yelling expletives back at him. It says a lot about English culture that screaming profanity is tolerated at the football stadium, even if it’s at someone who is acting inappropriately.

It also should be stated that the bloke who tweeted the video seems to be a bit of an asshole, responding to anyone who replied to the tweet that didn’t live up to his high standards of fandom (which I guess is calling other fans cunts) with negative comments. I’d suggest not diving into the replies on the tweet, as just like anything on the internet (including probably the comments on Facebook related to this post) are an example of humanity at its worst.

At the risk of sounding like Donald Trump defending white supremacists, there were bad people on both sides.

Finally, it must be said that neither the idiot Saints fan mocking Sala nor the fans responding with profanity deserve physical violence. The Madrid Derby on Saturday had that and it was far more disgusting and unacceptable than anything that happened during the Cardiff-Southampton match.

Let’s hope that sucker puncher is found and charged with assault.