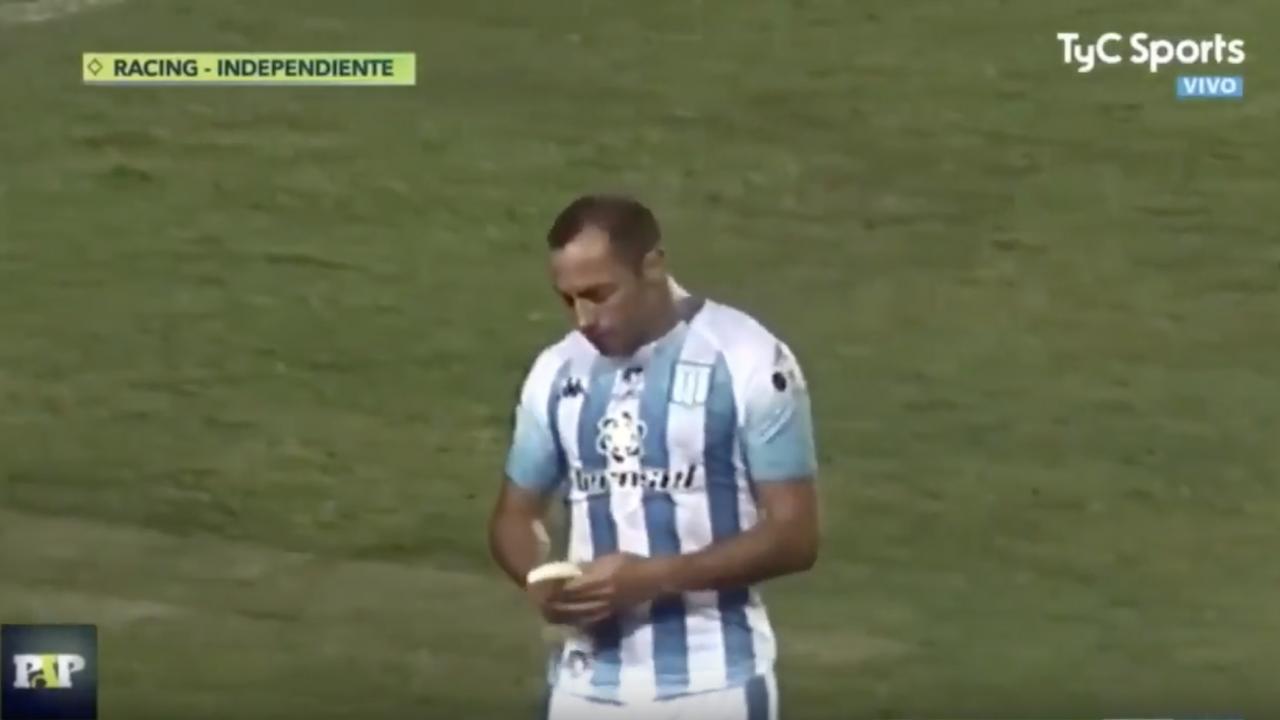 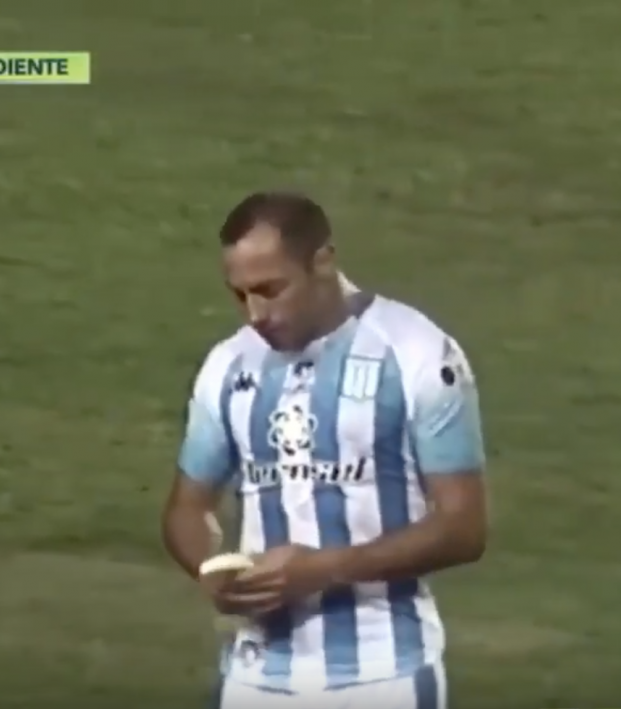 Argentine side Racing Club unleashed its secret weapon in a 1-0 victory against Independiente on Sunday: potassium.

When the feeling of hunger struck Racing midfielder Marcelo Diaz, the Chilean didn’t worry one bit as a banana was at the ready.

I love it. It looks like the potassium transaction was planned the whole time. With a stoppage in play for a free kick, Diaz received both coaching instruction and the fruits of football. I also love the idea that Racing trainers keep bananas at the ready at all times. Forget the 2014 World Cup water breaks, for now we have the Diaz banana breaks.

The last time a banana received this much attention in the football world was when some racist ass-hat Villareal fan threw a banana at Dani Alves in 2014.