Portland Thorns Vs. Seattle Reign: What You Need To Know, How To Watch First NWSL Semifinal 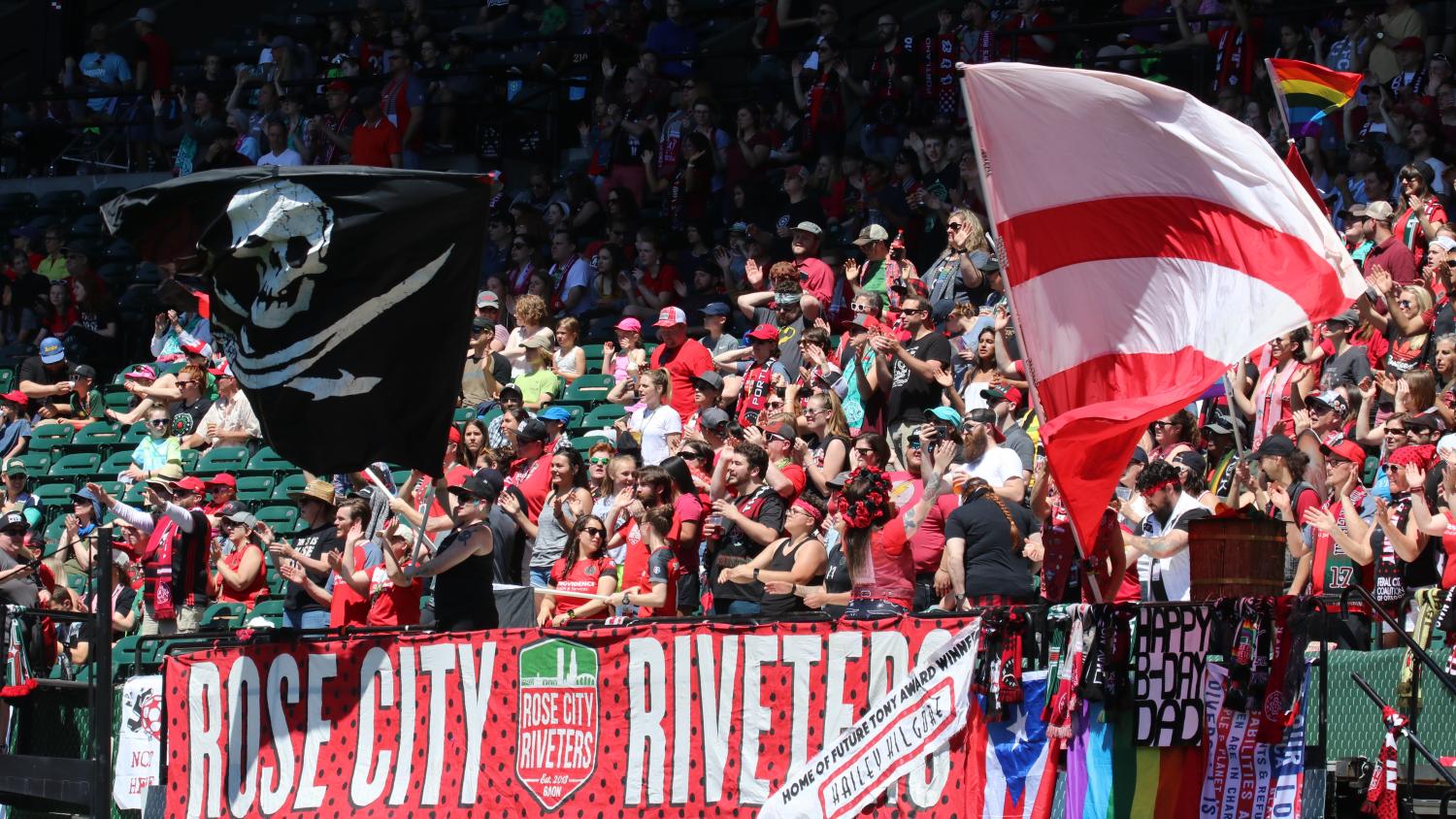 These two will battle it out Saturday for a chance to play for the championship at Providence Park on September 22.
@NWSL | Twitter

The Portland Thorns and Seattle Reign face off in the NWSL semifinals on Saturday. Here's everything you need to know about the biggest match of the year (so far), from

How They Got Here

#PORvSEA under the Friday night lights in front of a sell-out crowd did not disappoint.

The defending NWSL champion Portland locked up second place and a home semifinal with a 3-1 win over rival Seattle last weekend at home. The Thorns will now have to turn around and do it again against the Reign on Saturday if they want to make their second straight final and lift back-to-back NWSL trophies.

Seattle, on the other hand, missed out on the playoffs the past two years, though they finished runners-up in 2014 and 2015. Portland heads into Saturday’s match with a 12-6-6 record and on a five-game unbeaten run while Seattle ended the regular season with a 11-5-8 record.

Cascadia Rivalry games are arguably the most highly anticipated matches of the NWSL regular season and this is the first time the two will face off in the playoffs. A high stakes derby match where loser goes home? These are the kinds of games you live for as a player and lick your lips for as a fan. It is sure to be a memorable one in Portland tomorrow.

What to Watch For

Portland’s star-studded offense has lived up to the hype this season, having put 40 goals (second best in the league) past its opponents. Big names like Lindsey Horan, Tobin Heath and Christine Sinclair headline the attack, though Ana-Maria Crnogorcevic, Hayley Raso and Midge Purce have added more than their fair share of spark when called upon.

Celeste Boureille has also been the quiet-but-reliable force ticking in the center of the park for Portland throughout the year. Unfortunately, Raso suffered a back injury on August 25, which required surgery and will keep her out of this clash. Fellow Australian Caitlin Foord filled in in Raso’s absence last Friday against Seattle and is expected to do the same Saturday — after all, why tweak with a winning formula?

Familiar faces have also done the defensive work for Portland in 2018. World Cup winner Meghan Klingenberg has lined up alongside current USWNT members Emily Sonnett and GK Adrianna Franch. However, it has to be said that the defense seems to be the weaker point for this Portland side. Their 28 goals against is about average overall for the league, but considering their talent back there, one might expect the second-place finishers to put up a GA number more similar to North Carolina above them (17) and Seattle below them (19).

The issues are not necessarily glaring, but members of the backline have been known to cough up the ball rather carelessly with a bit of pressure, something Sam Kerr did with ease on two occasions in Portland’s 2-2 draw with Chicago last month.

What to Watch For

In looking at Seattle, the strength and weaknesses seem to sway a bit in the other direction. The Reign’s defense has been a distinct bright spot this year. Seattle’s backline, led by former NWSL Defender of the Year Lauren Barnes, Megan Oyster and Theresa Nielson, has conceded just 17 goals this campaign — the second-best total, just two goals fewer than the dominant NC Courage.

Seattle also leads the league in clean sheets with 12, with both NWSL stalwart Michelle Betos and Australia international Lydia Williams in net this year. Seattle was less than a minute away from being just second team this season to beat and shoutout the NC Courage before Lynn Williams spoiled the day with the equalizer in the 96th minute. Seattle settled for a 1-1 draw with the Shielder winners.

With Megan Rapinoe, Jodie Taylor and Allie Long in its ranks, it would be hard to call Seattle’s offense its weakness, although they have not produced the goal haul you might expect. Their attack has certainly been defanged in recent games with Rapinoe (rib) and Long (knee) out with injury. Both are expected to be healthy for Saturday, though it is anyone’s guess how much they may feature. They are both listed as "questionable" on the recent injury report.

Regardless of how many minutes they may get on Saturday, their return will be a huge boost for the Reign.  Even with the games she has missed here and there throughout the season, Rapinoe ranks third in the league in total shots (86) and eighth in chances created (41).USWNT fans know that there is a feeling that anything can happen when she is on the field, which is something Seattle will surely need against Portland.

Jodie Taylor is a well-known, feared goal scorer who has hauled in a very respectable nine goals in her return to the NWSL this season. Behind her, Jess Fishlock, Seattle’s midfield heartbeat, is arguably one of the most underrated and consistent players in the league.

Two losses in a row to their biggest rival to knock them out of the playoffs would be a particularly tough punch to the gut for Seattle, but I have a feeling that is how things will play out on Saturday. As mentioned above, the return of Rapinoe and Long would definitely shift the balance for Seattle in a positive way but is hard to put money against Portland’s potent offense, which has not shown any signs of slowing down in the tail end of the season.

Portland also has a deadly weapon in its ranks in Lindsey Horan, who might as well change her middle name to “Clutch” at this point. The 24-year-old is making a habit of showing up in the biggest moments for both club and country. She scored the game-winner(s) in the second-seed decider last week.

The critical advantage the Thorns will have is their 12th woman, the Rose City Riveters, who have shown up by thousands for every home game and even several away games this season. By attendance, Portland has the best support in the NWSL — hands down. An astounding 21,144, a sell-out crowd, showed up for last weekend’s Cascadia Rivalry. You just don’t see numbers like that in this league (or really in women’s club soccer in general) where most teams are lucky to get 5,000 to turn out for a game.

It goes without saying that the environment at Portland’s Providence Park can be suffocating and it has proven to be one of the toughest places to play for visiting teams. It was too much for Seattle last week and one would assume the Riveters will be turning it up a notch now that it is playoff time. It is going to be a tightly-contested and entertaining match up considering the two teams, their styles and match ups around the field, but in the end, I think Portland will eke out the victory.