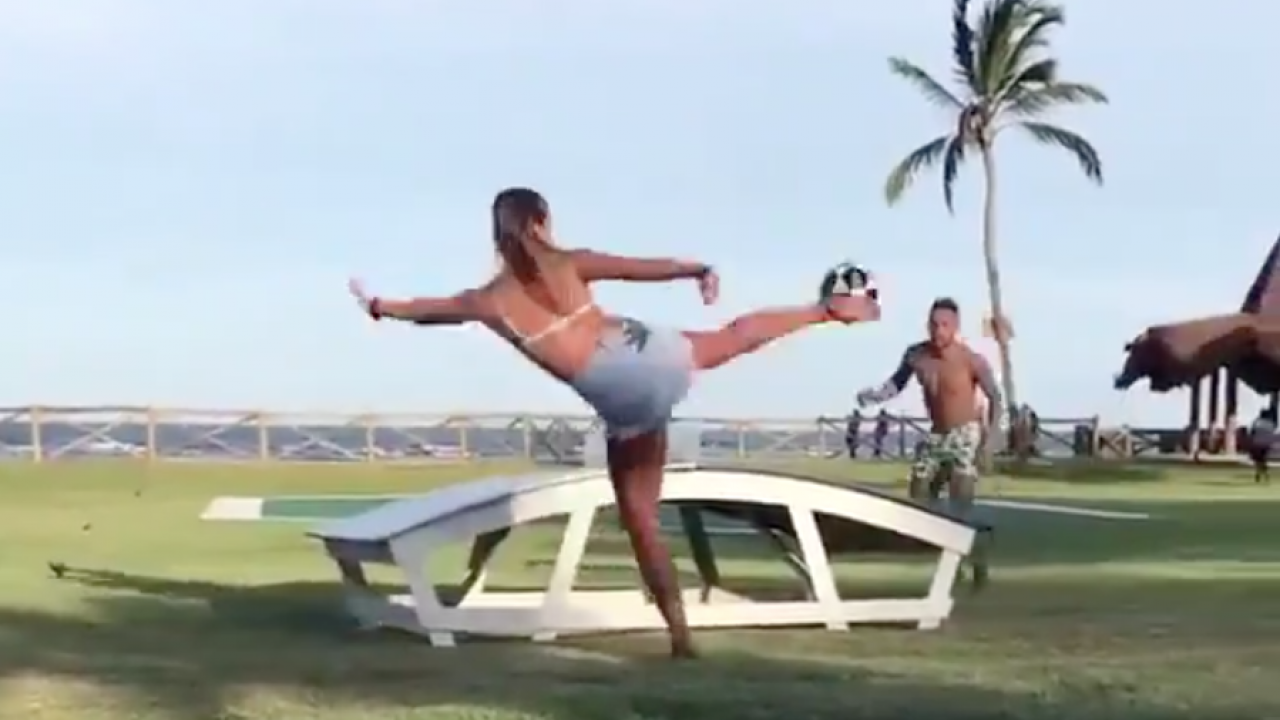 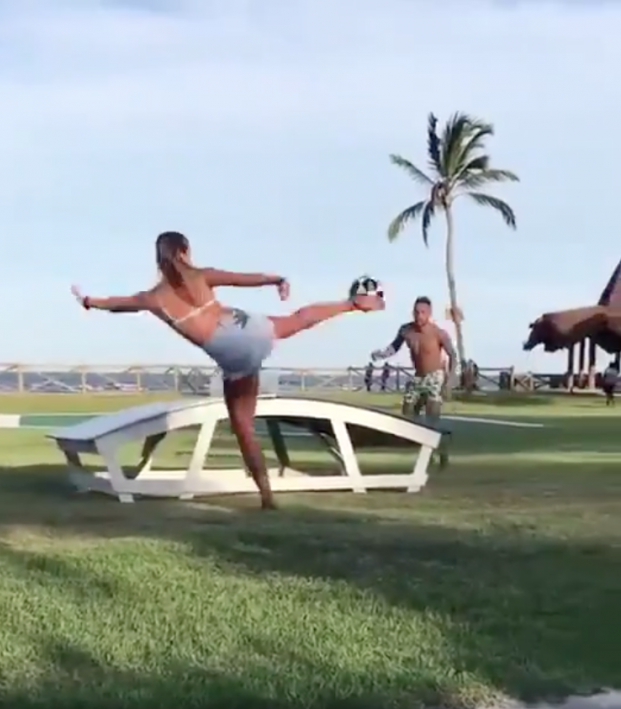 Watch Neymar Lose In Teqball, Break The Table While On Vacation

With PSG and Ligue 1 on winter break, Neymar escaped France and returned to Brazil to spend time in the warmth of friends, family and sunny beaches. While chilling on the coast, Neymar played with Natalia Guitler in a game of Teqball, a game he’s quite familiar with.

But as this Neymar Teqball video shows, Neymar lost this matchup to Guitler — and then broke the table they were playing on.

According to this video, Guitler won 3-1. We’re giving her the last point as Neymar’s attempted bicycle kick smashed the table’s net instead of going over it. Of course, Guitler’s Instagram could have cut out more points won by Neymar, but we’ll just assume

But there’s no shame in losing to Guitler, who represented Brazil at the Teqball World Cup earlier this year.

She’s got some mad skills when it comes to soccer on the beach.