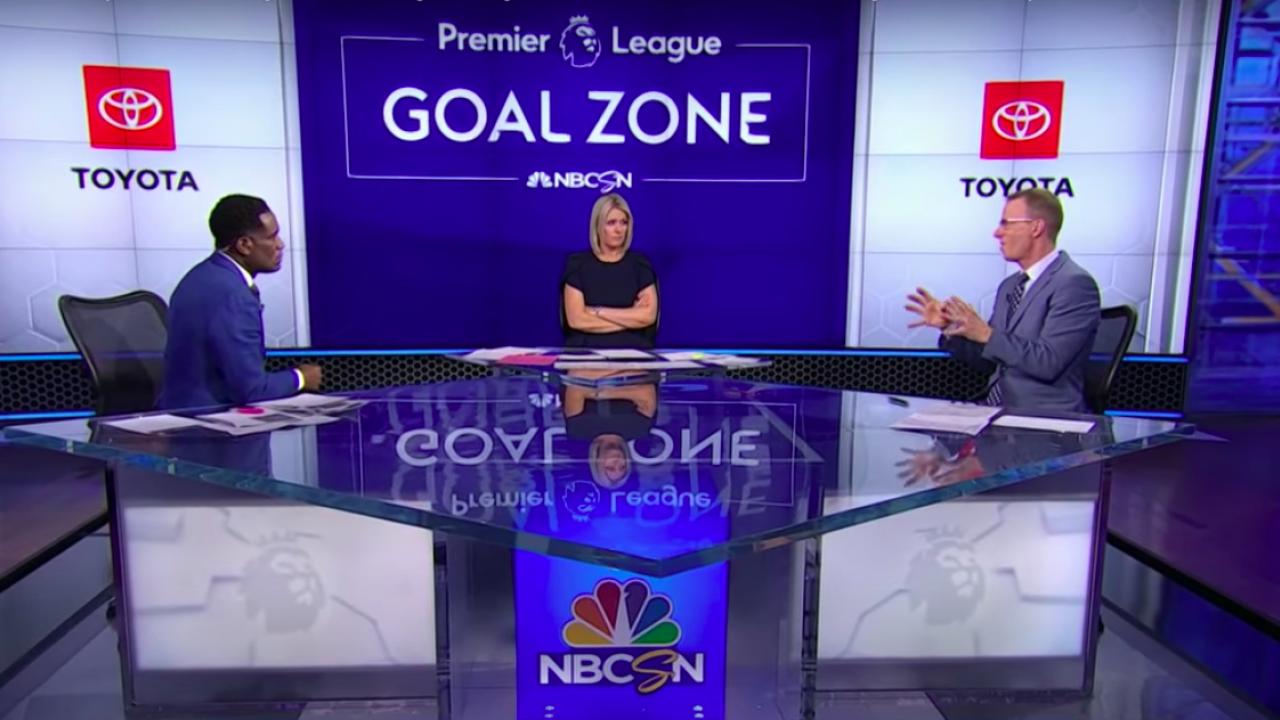 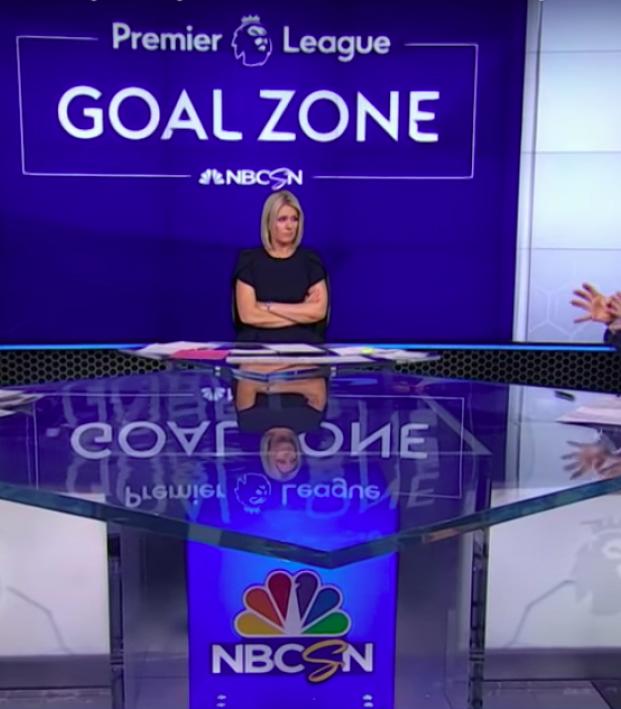 The world was prepared for mass dissent at Old Trafford ahead of Manchester United’s hosting of Liverpool in Premier League action on Sunday with The Manchester Evening News predicting over 10,000 fans outside the ground in protest of Glazer ownership and their failed European Super League coup d'état.

But the Greater Manchester Police evidently weren’t ready as protestors made their way inside the stadium and onto the hallowed pitch of Old Trafford just hours before the game’s scheduled kick-off.

Having somehow gained entry, hundreds of protesters streamed across the pitch with the action being narrated live on NBCSN by an on-location Arlo White. Things looked incredibly precarious for a second with descriptions of “shocking, shocking scenes” painting a brief picture of pandemonium, but, in truth, the fans largely made their way off the turf as quickly as they’d come on. It looked like an orchestrated move that proved effective in getting the message across.

However, fans then entered from another section of the stadium and could be seen loitering around in the stands, bouncing on advertising tarps and engaging with stewards for another hour or so.

From there the various hot takes commenced. I feel the need to be somewhat pedantic here because the commentators on NBCSN obviously felt justified in claiming that once protesters infiltrated Old Trafford, that’s when the protest categorically stopped being peaceful. That’s not true.

It was an unlawful act to break inside Old Trafford, but civil disobedience is one of the most powerful forms of peaceful protest. It was still nonviolent inside the ground — Roy Keane was adamant about that — and still deserving of the “peaceful protest” tag.

I’m not entirely sure why Robbie Mustoe and Robbie Earle created a dichotomy between protesters outside (where things eventually got more confrontational, chaotic and violent) and those inside by insinuating that what happened inside the ground wasn’t a peaceful protest, apart from what happened to one tripod.

The reaction from White and Lee Dixon inside the ground was one of terror. Dixon cited protesters “throwing flares at the Sky (Sports) guys over there” while labeling the protest inside “scary” and “over the line.”

“It was quite scary,” Dixon said. “I moved towards the back of the stand and within seconds they’d congregated in front of all the Sky pundits. Roy Keane was there, Jamie Carragher. There was a lot of shouting — it seemed very well organized.

"I did see a group of young men, all on their phones together right in the middle of it, and they put their phones away instantly and all started to move out of the stadium the way they come in. Everybody went with them. It was like ‘Right, we’re in here for a period of time and then we move out to the next spot.’ They’ve been to the hotel. I mean, disgraceful scenes. Last week they were the heroes, the fans, this week these Manchester United fans have not done themselves any favors at all.”

"They did cause damage," White added. "Cameras have been smashed here."

This was all actually in direct contrast to “the Sky guys,” who said it wasn't really very scary at all despite bearing the brunt of the stadium invasion. They had no problem starting a dialogue with the fans who entered the ground. *Cue an audible gasp from America, where discourse is now strictly forbidden.*

“I think all football fans should unite today behind what Manchester United fans have done,” Neville said. “Because honestly what they did two weeks ago was really dangerous for English football. We must not forget that. They tried to walk away and create a closed-shop league that would’ve basically created a famine — a famine — in this country for every other football club.

Give this man a knighthood. He speaks not just for Manchester United fans, but for all football fans everywhere. @GNev2 pic.twitter.com/VofkAnDvDC

Never thought I'd say this!!!

Go on Carragher!!!!! And @GNev2 pic.twitter.com/IE5NF6AuWd

Roy Keane “was a peaceful protest, I think the flares and bottles was thrown at Jamie carragher” #MANLIV #protest #roykeane pic.twitter.com/E3QCY2R1VF

There’s going to be an intense dialogue surrounding what happened this week, and your own response probably says more about you individually than it does the event itself. There has always been a ceaseless battle between the rights of owners and the rights of man, and in this particular instance, either you’re concerned with the future of football (the Glazers have profiteered off United while saddling the club with an outrageous amount of debt) or you’re concerned with the property damage sustained by a few billionaires. Or maybe you just want people to buy Peacock and your “product” to always appear totally unblemished and free from lower class rabble.

Personally, I think it was an understandable response from a disenfranchised group of supporters that could only watch in horror as their main passion came agonizingly close to being entirely gutted and transformed into something completely unrecognizable from what they’d fallen in love with. You're not being listened to, so make them listen.

There is, however, no justification for this lad right here.

Dude was chillin on the net at old trafford, another person kicked a ball into the net and knocked him off pic.twitter.com/gQDCWZtkoH

The crew on NBCSN said “this is not the way to get it done” while calling it “disgraceful” and “embarrassing,” but NBC paid $1.3 billion on a six-year deal for international broadcast rights and Rebecca “Law and Order” Lowe’s fixation on that broken tripod rather than a discourse on why this was actually happening was telling.

“Awful. Awful, awful scenes,” Mustoe said. “I could never remember, ever, a group of fans that breached into a stadium. They’re not in the concourse areas; they weren’t allowed into the stadium. They’ve found a way in through doors or gates to get on the field of play. It’s awful scenes. I can’t think of any other situation. This is absolutely not the right way to protest. I know these fans are trying to get the game off but this is pretty bad.”

“It’s such a shame, Rob, because we’ve gone from the support of the fans and what they were doing to where now it’s criminal offense and it lessens the voice of what the actual message is about: ownership,” Earle added. “We’re now talking about criminal behavior, not bad ownership of a football club. For those fans that have done so much for English football in grabbing those clubs away from the Super League, you see this now and a lot of that good work has been undone.”

At least Jon Champion talked some sense on ESPN before getting cut off.

Jon Champion was speaking up his mind about the Glazer ownership of the club and ESPN cuts him off halfway through. "Land of free speech". Gotta protect the poor billionaires. Disgrace. #GlazersOut pic.twitter.com/zs88wgyDHK

The literal transformation of football from a spectator sport to a made-for-TV production has been the alternate reality presented by the pandemic, and there was some poetic justice in broadcasters stressing over the fact that supporters threatened to ruin their precious telecast of “the biggest game in English football.”

The clear irony was that Sunday’s match — Liverpool needing a win for its top-four aspirations — would’ve meant fuck all if fans hadn’t stopped the Super League from happening in the first place, a fact that NBCSN surely would've glossed over before, during and after the match without the protests forcing them to recognize it.