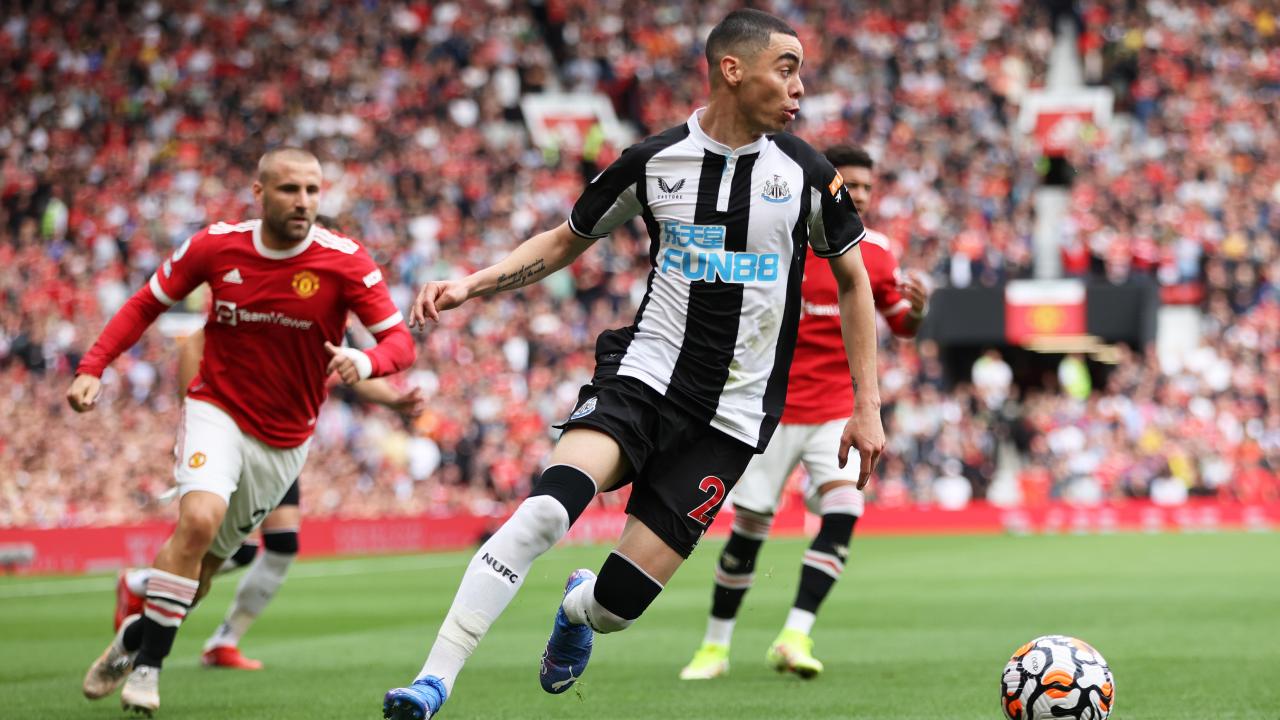 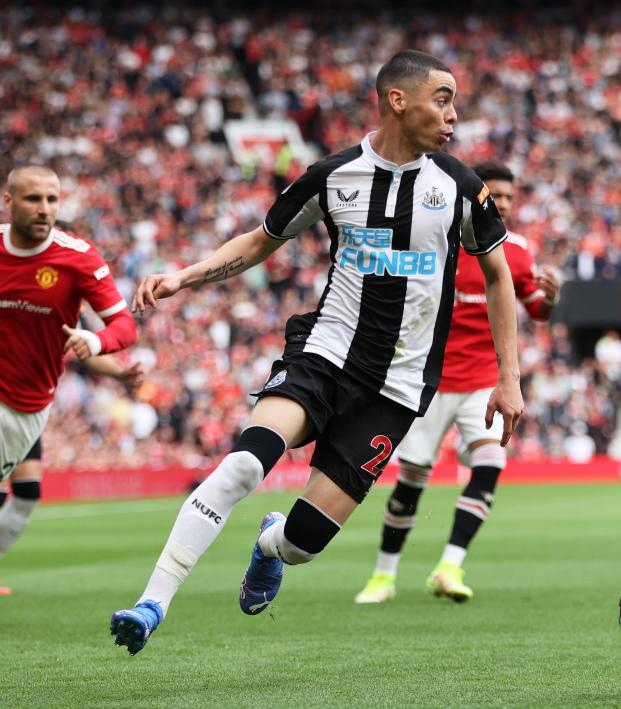 One player dominated the headlines after Manchester United's match against Newcastle on Saturday: Cristiano Ronaldo. His two goals, thanks to two mistakes from Newcastle keeper Freddie Woodman, ensured a story book ending for his Old Trafford return.

Manchester United defeated the Magpies 4-1 in the end — with three of United's goals coming in the second half — but even before the scoring began, one moment early in the match made it clear the Red Devils were the superior side.

With the hosts dominating possession in the first 10 minutes, fullback Luke Shaw began one of his usual forays forward on the left flank. Newcastle winger Miguel Almirón was in heavy pursuit when Shaw decided that the best course of action to retain the ball was simply to extend his right arm and send the Paraguayan winger flying to the turf.

With a four-inch, 26-pound advantage on his opposite number (not to mention a 24-point strength advantage in FIFA), Shaw shrugged off Almirón much like an older brother dispatches a younger sibling who's yearning to get a touch on the ball.

This disgusting feat of strength is a blatant form of intimidation that has no place on the pitch. For the safety of Almirón and the rest of the Newcastle XI, Luke Shaw should have been sent off and banned indefinitely.

What's next, is the Premier League going to bring back two-footed tackles and contested dropped-balls?

The only way to stop players from using their physical strength during the match is to ban contact all together. Touch another player: foul. Go in for a challenge: yellow card. Put an opponent on the turf: automatic red card.

If we continue to allow plays like this, then players will think that hard challenges and 50-50 balls are part of the game, and the sport will once again descend into its draconian ways. By making red cards more plentiful, we can put an end to this issue before it even starts. And who knows, maybe Newcastle will actually have a fighting chance against Manchester United.