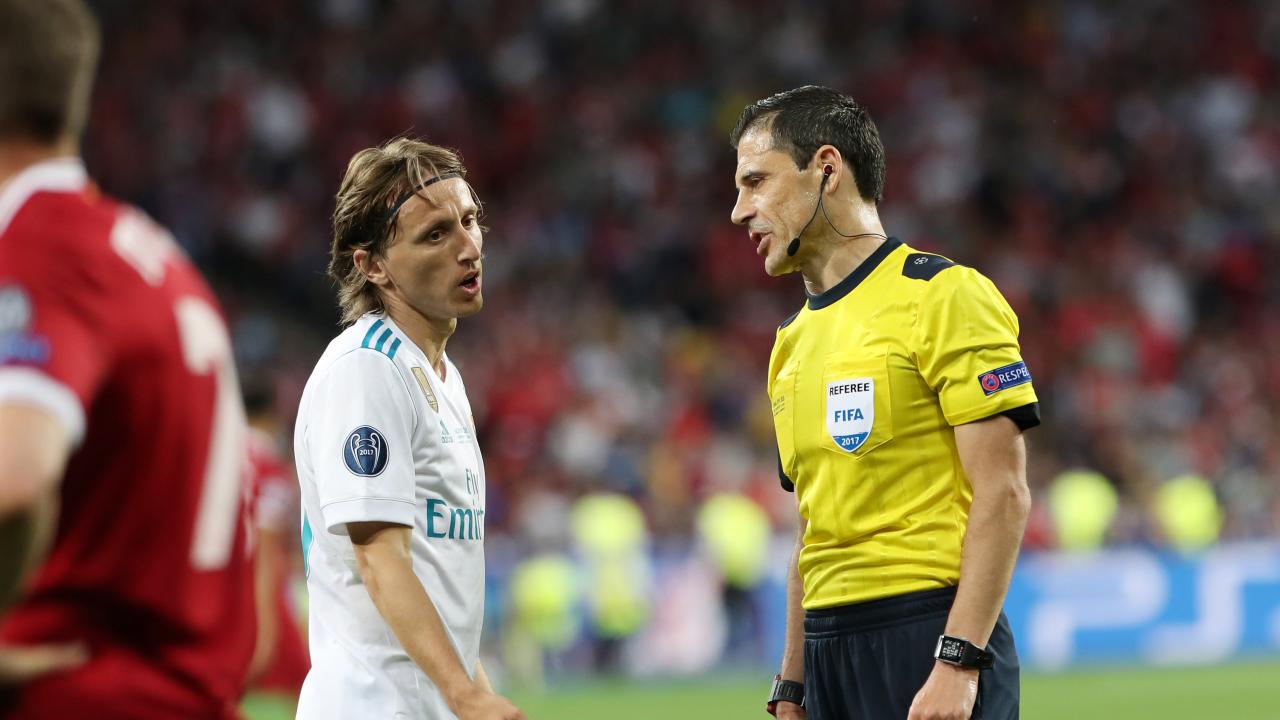 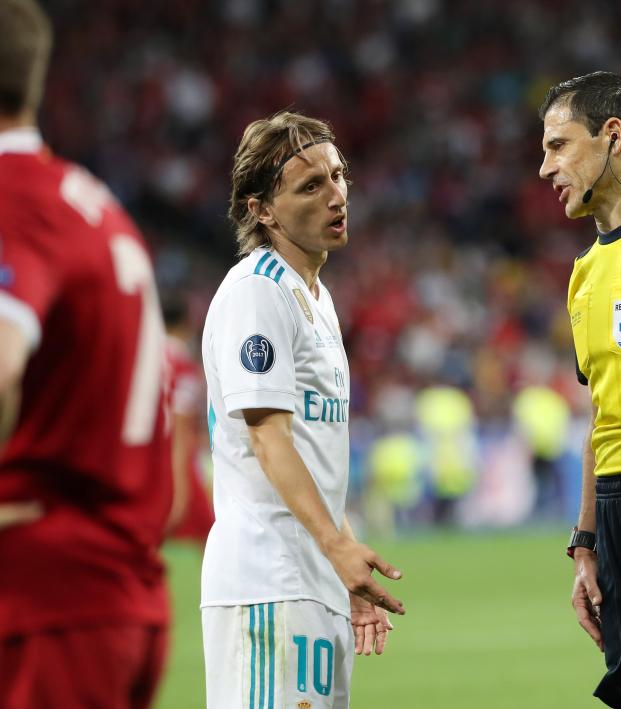 It is pretty safe to say Luka Modric is living his best life right now.

In his incredible 2018, he has racked up loads of hardware for his efforts for both club and country. On Monday night he earned perhaps his most coveted individual accolade to date as he became the first man in over a decade not named Ronaldo or Messi to pick up the FIFA award for Best Men’s Player of the Year. Modric, who has exploded on the scene recently, has quietly been one of Real Madrid’s most important players and critical to its recent major successes, namely the four Champions League trophies it has won in five years.

Dedicated to everyone who loves football pic.twitter.com/pCAs2Llc7i

However, things have not always been so peachy keen for the Croatian star in Spain.

In fact, Luka Modric was widely considered a flop in the first year of his big-money move from Tottenham to Real Madrid. Spanish newspaper Marca conducted a poll to determine who fans believed was the worst La Liga signing in 2012 and Madrid’s new diminutive £30 million acquisition came out on top ahead of Alex Song with a significant 32.2 percent of the vote. Having only made 19 appearances, scoring one goal and averaging 38 minutes per game by the end of December, it is easy to see why Modric was considered a flop early on at the Bernabeau. 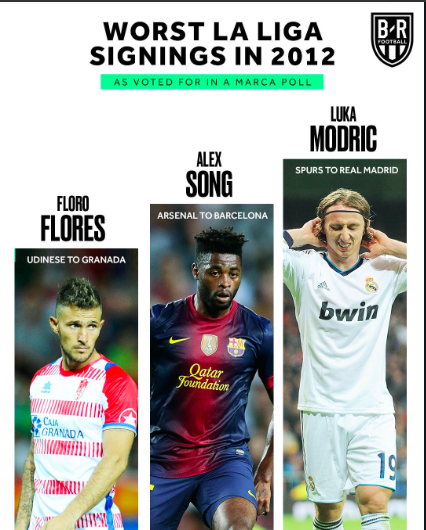 Luka Modric was considered a flop in 2012. Photo: @brfootball | Twitter

Fast forward six years and this headline feels like fake news. Modric is now an undisputed star for Madrid and getting votes for things he can actually brag about. Just goes to show that sometimes the best players take a bit to bloom.