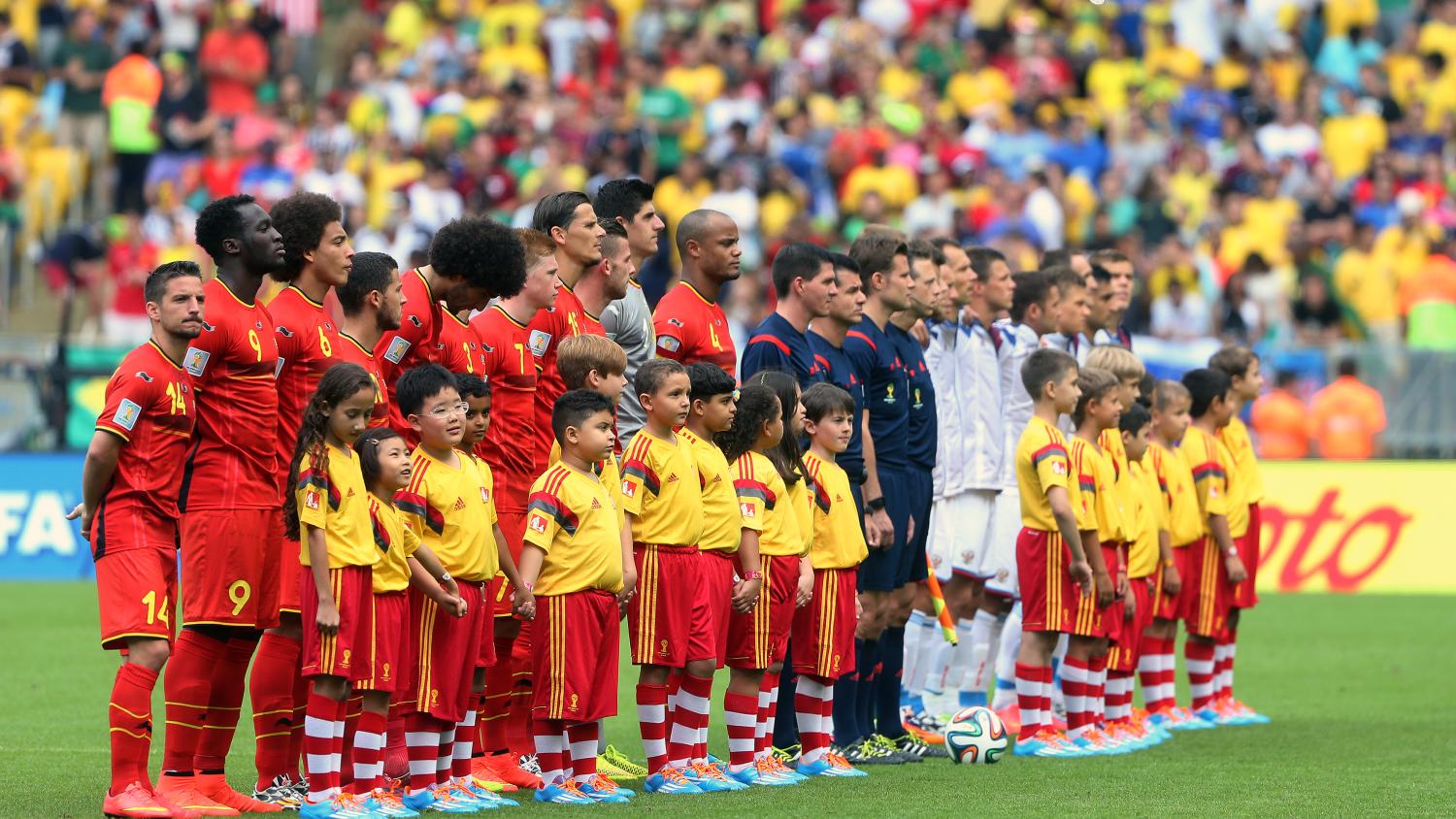 Hand these countries the AUX.
Shutterstock.com

The pride experienced by the team and the masses of a country for making it to the greatest sporting event in the world is never more on display than during the World Cup national anthems before a match.

The playing of the national anthem is incredibly potent. Hearing the hymn has been a surefire trigger for waterworks on the pitch. It turns strangers into friends as fans croon in unison.

While undoubtedly every anthem has that inspiring and beautiful effect, there’s something a little extra about the songs below. They’re moving, they’re catchy, … in short, you’re most likely to find yourself humming these World Cup national anthems for the duration of the tournament. Here are the most explosive national anthems in no particular order.

If listening to the host country's anthem doesn’t make you feel as if you’re wearing a Ushanka hat standing triumphantly alongside Peter the Great outside of some onion-domed building, you might have a hole in your soul.

Interesting Fact: In 2000, Vladimir Putin signed into law a bill that established a new Russian national anthem. Many Russians felt that it was time to move away from the Soviet anthem of 1944-1991. However, the 21st century song you hear above has the same Stalin-approved music and lyrics written by the same author (poet Sergey Mikhalkov) as the one from the Soviet period. It is perhaps unsurprising then that Russians have mixed feelings about the current Hymn of the Russian Federation.

2
England — God Save the Queen

Say what you will about this song being archaic and/or slow, “God Save the Queen” is perhaps the OG great anthem.

Interesting Fact: Around 140 composers have used the tune in their compositions.

There’s an unspoken rule for singing the Brazilian national anthem: You have to sing it whole-heartedly, so the veins in your neck look as if they are about to burst. No wonder it has been described as opera-like.

Interesting Fact: The “Hino Nacional Brasiliero” is a highly regulated piece of music. It is considered to be one of the four national symbols of the country (along with the flag, the coat of arms and the national seal). This national symbol status means that there is actually a law that regulates the style, time and place the anthem may be played.

This tune oozes with feeling of revolution and it’s so popular that you might have heard it incorporated into many pieces of other music.

Interesting Fact: "La Marseillaise" is arguably the most contentious of all national anthems. After its composer, Claude Joseph Rouget, wrote the song in 1792, he was put in jail and suspected of being a royalist. The anthem was banned two other times — by Napoleon during the empire and by Louis XVIII.

It’s been over 30 years since Peru fans have heard their inspiring and powerful anthem on soccer’s biggest stage.

Interesting Fact: Listen for this moment at the culmination of the anthem. Somebody, usually the “leader” of the anthem shouts, “Viva el Peru!” to which the crowd responds with “Viva!”

A controversial pick no doubt (part of it harkens back to the Nazi era), however, the melody of this anthem is sure to light a fire within singers and listeners alike.

Interesting fact: Just this past spring, there was a push by Germany’s equality commissioner to change the anthem’s lyrics to be more gender inclusive. The official proposition seeks to remove the words “brotherly” and “Fatherland” from the lyrics.

"Bilady, Bilady, Bilady" is the kind of hearty and jovial soundtrack you’d envision for a march through the streets after victory. This one is already stuck in my head.

Interesting Fact: The anthem holds a particularly special place in Egyptian hearts because it was composed by Sayed Darwish, considered to be the father of Egyptian popular music and the country’s single greatest composer.

"A Portuguesa" is the song to pump you up if you feel like you aren’t getting the respect you deserve.

Interesting Fact: The anthem was originally written as an angry attack of British who the Portuguese felt snubbed them in an ultimatum made by the UK concerning their African colonies. The last line of "A Portuguese" is currently, “Against the cannons, march, march” but that lyric used to read: “Against the Britons, march march.” Hey, if they end up meeting each other in the knock out rounds, maybe the Portuguese government will consider changing it back for a day.

The Japanese national anthem feels different than other anthems with a melody that’s not only inspiring but peaceful.

Interesting Fact: Along with being one of the oldest national anthems in the world, "Kimigayo," with a length of 11 measures and 32 measures, is also one of the shortest.

Whether it be listening to an entire Azteca stadium sing it or on your own on YouTube, the passion and patriotism of this anthem is overpowering.

Interesting Fact: Mexico does not mess around when it comes to its anthem. It is reported that a performer who botched the anthem at a 2012 soccer game in Guadalajara was fined 400 MXN ($40) by the Interior Ministry.