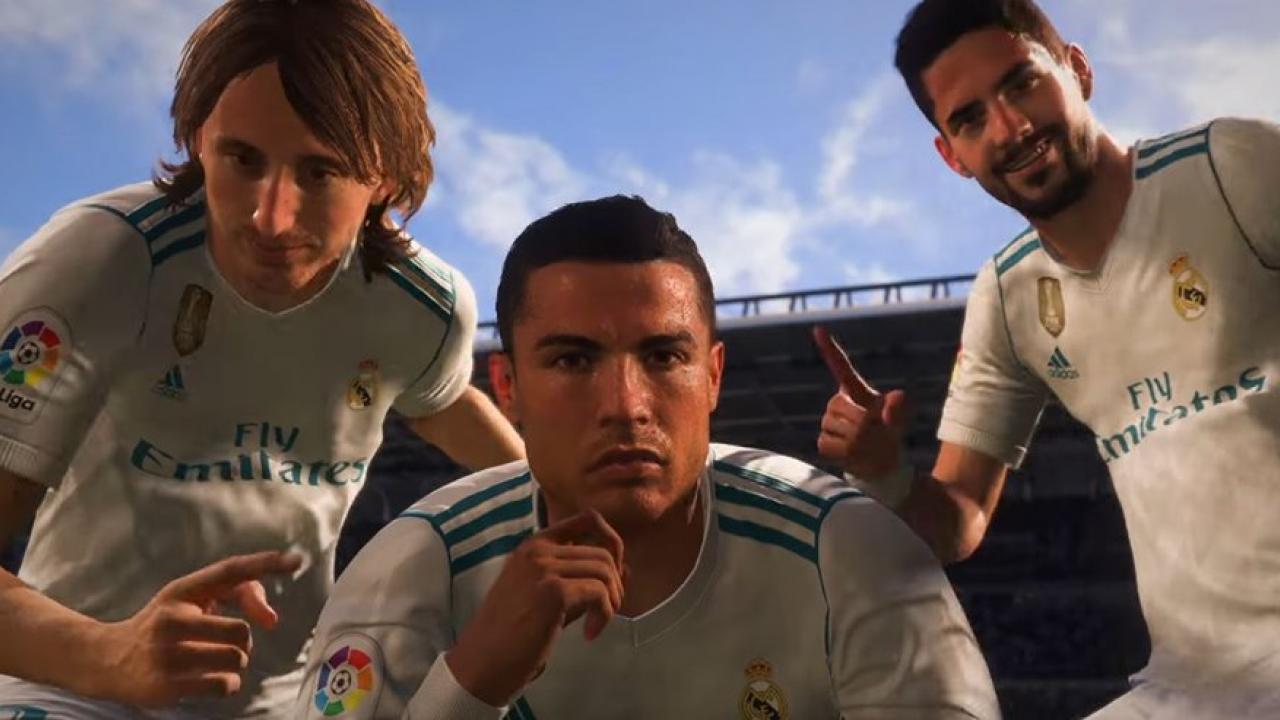 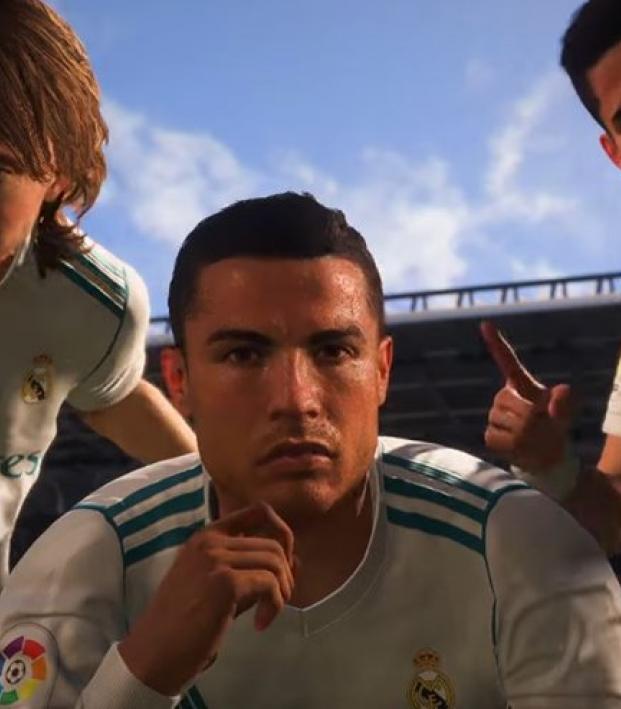 With the full release of FIFA 18 only nine days away (Sept. 29), we got our hands dirty with the demo, and we somehow managed to learn five things while completely disregarding a plethora of other things in our actual lives (I will call you tomorrow, Grandma). And awaaay we go. 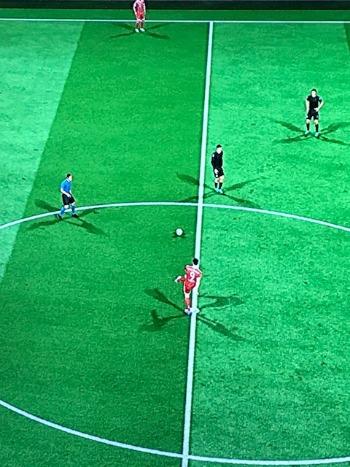 This is a good strategy.

The law changes to kick offs have been rendered into FIFA 18, meaning that you can now pass it directly backwards to your choice of player. However, you’re strictly limited to using the “Pass” button, eliminating the ability to absolutely crack one at your own goal or put one on a dime to your left back.

Anyway, I still enjoy switching my tactics to “All Out Attack”, “Team Pressure” and “Long Ball” before playing a suicidal kick off to the wing and then lumping it up the pitch. That's how you get into the attacking block, baby. 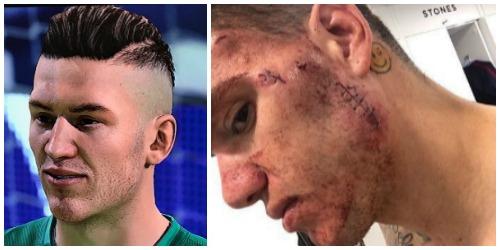 Ederson is a monster.

Manchester City goalkeeper Ederson has got a pretty unique face. Everything’s a sort of caricature, like creating a FIFA player and setting the width to ’99’ for all the features. But then that unique face got completely rearranged by Sadio Mane and the resulting scars have scarred us.

At least that’s what we realized when we saw Ederson between the sticks for City in the demo. It’s almost enough to put Claudio Bravo in there. Almost. 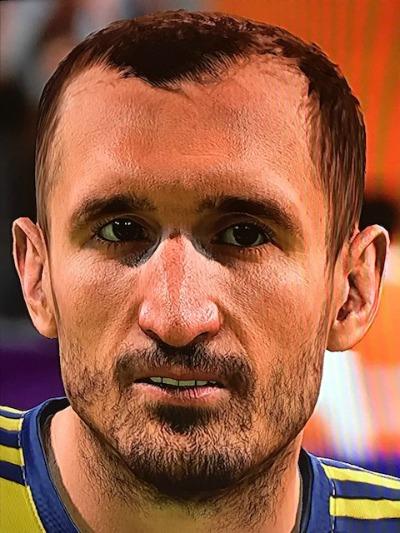 Also, with all the face scanning/digital mapping/utilization of whatever else technology is involved in nailing player likeliness, it’s still fascinating to see that some players are simply beyond FIFA’s ability to replicate.

Gonzalo Higuain looks like he works in a cube answering customer service phone calls and Raheem Sterling looks like a miniature Mr. T. Also, David Silva is now a bald footballing brain in a jar and that development MUST be corrected before this game ships.

Finally, how do tattoos work? Why do some players get them while others don’t? Is there one guy at EA Sports painstakingly trying to replicate the smallest of tattoos and getting constantly harassed over deadlines whilst squinting at photos of the USMNT, screaming: “Damn these soft, underperforming, tattooed millionaires!” 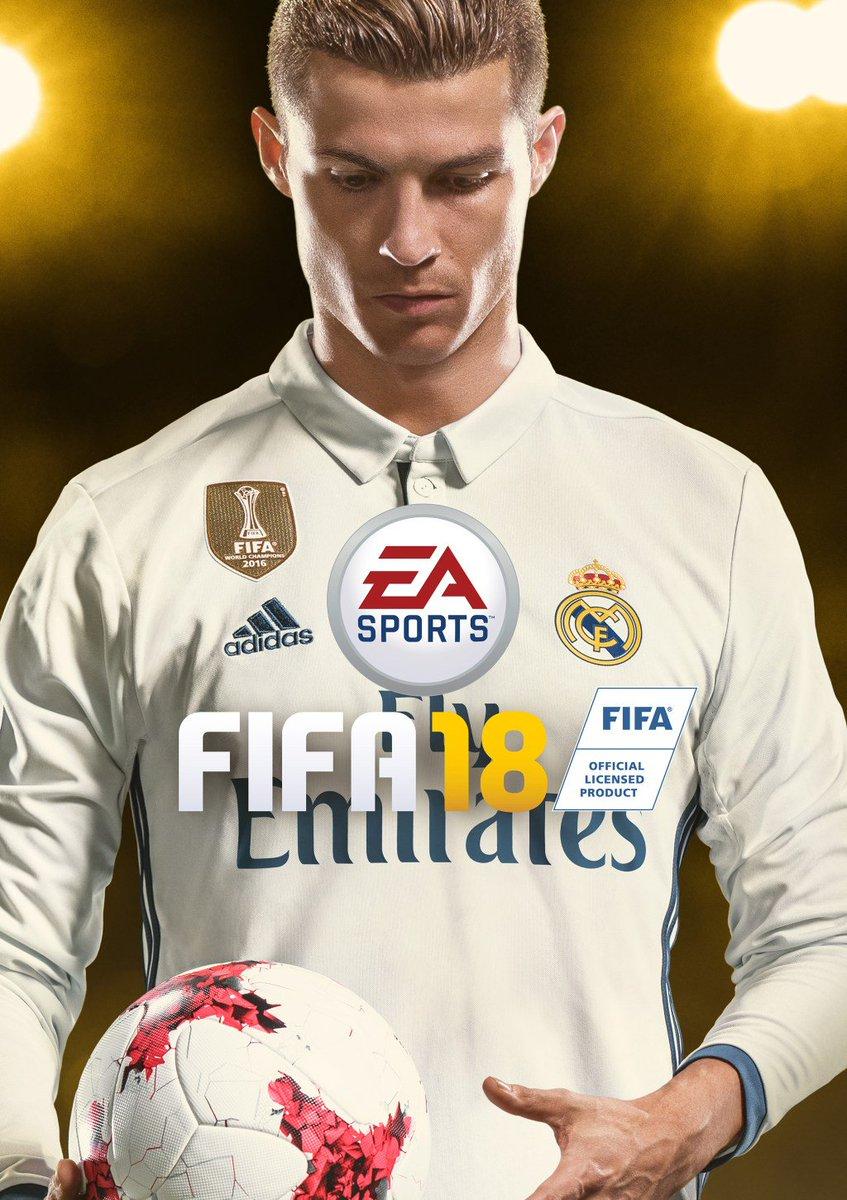 Just aim it in the vicinity of this guy.

FIFA 18 promised an overhaul to the crossing system which most people won’t care about, because generally they'll just try to dribble the ball into the net after a run from midfield or smash it in from 35 yards out. However, if you’re like me and fancy yourself a wizard of the wing, working endlessly to get that yard of space to shape one towards Andy Carroll, this was an interesting development.

After sending in countless crosses with a mind towards informing you all, I can safely say that whipping it into the mixer does feel more rewarding than in previous renditions. Let’s just say Gareth Bale and Cristiano Ronaldo were absolutely feeding on some service from Isco and Toni Kroos during a matchup with the LA Galaxy.

5
The Most FIFA FIFA Yet 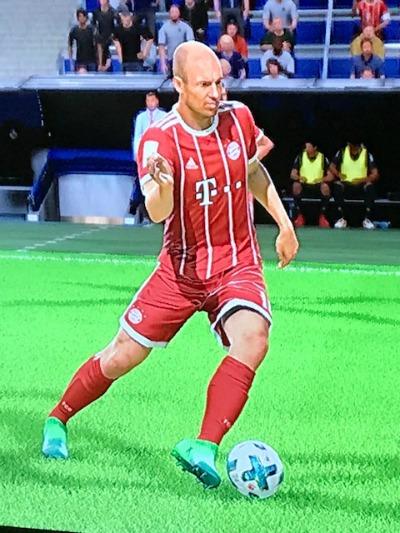 While footballing purists have gravitated towards the hyperreal approach of PES, there’s no denying that FIFA has always smashed its rival with regards to more superfluous things, like presentation, atmosphere and licensing.

In this realm, FIFA 18 absolutely kills it. Crowd noise and atmosphere is great (they’ve even added the ability to celebrate goals with lifelike segments of the crowd) with the StubHub Center playing the MLS Anthem while a raucous crowd waits for Gyasi Zardes to take the pitch.

The Bernabeu whistles Gareth Bale’s every touch because his mere existence is an affront to the Madridista way of life (not really), and Pep Guardiola nods his head in sanguine approval while you tiki-taka the living shit out of opponents for 90 minutes.

It all just feels right.