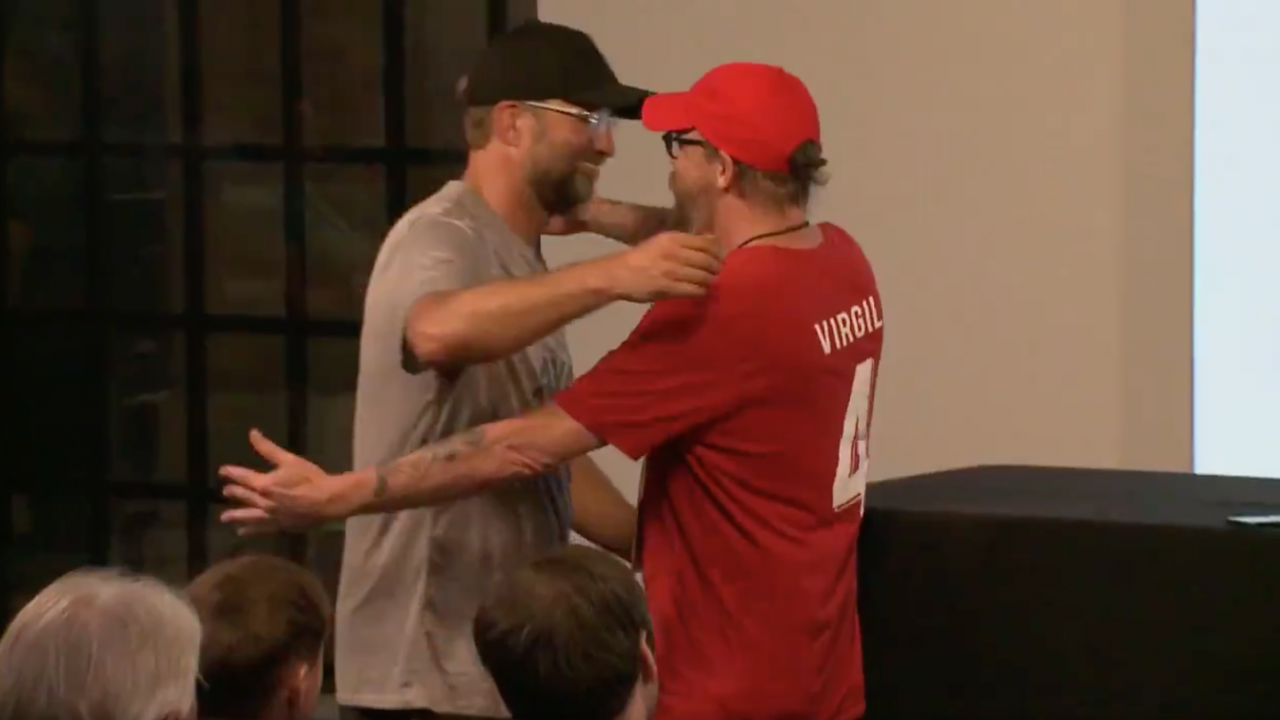 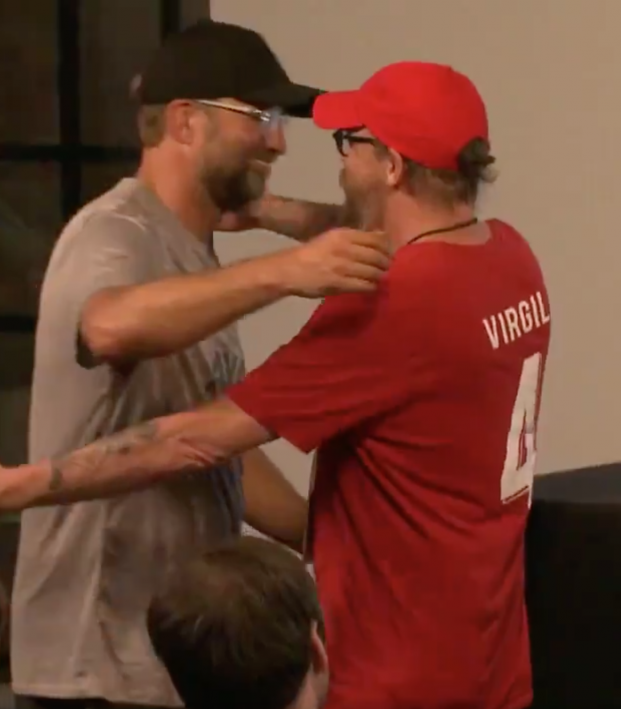 It is, perhaps, the greatest hug in sports, maybe even the entire world. The infectious enthusiasm of a Jurgen Klopp hug is impossible not to love, even if you’re an Everton fan.

So in one sense, you can’t blame a reporter in Indiana for using a follow-up question to ask for a Klopp hug of his own.

On Friday night after Borussia Dortmund defeated the reigning Champions League winner 3-2 at Notre Dame Stadium in front of 40,361 fans (a surprisingly low attendance figure), a reporter decked out in a Liverpool red hat and a Virgil van Dijk T-shirt asked the final question to Klopp at the postgame press conference. His follow-up question became the stuff of legend.

“If I could just ask a second question real quick because I’m never going to get a chance to ask you this again, any chance I could get a hug?” the man asked.

After one of his uproarious laughs, Klopp responded by saying: “That’s probably the best second question I’ve ever heard.”

The moderator then ended the press conference and the reporter jumped up to get his requested hug. After a little more prodding (“How about that hug, boss?”), Klopp obliged. As the two embraced, the reporter said, “Thank you for bringing the glory (or maybe ‘joy,’ it’s hard to tell) back to Anfield.”

“You look like my fucking doppelganger,” Klopp said in response, as the fellow did look quite a bit like Klopp, which probably wasn’t a coincidence.

Perhaps the most bizarre ending I've ever seen at a press conference:

"Reporter" asks: "Any chance I could get a hug?"@LFC manager Jürgen Klopp grants him his wish and says, "You look like my f*cking doppelganger." pic.twitter.com/UDlUlyGAZJ

It was a lovely moment and one to smile about for fans around the globe.

But as a grumpy journalist, I have to say this all sickens me to the core.

If we’re being honest, being a sports writer is a fairly easy job. You get to watch sports for a living and use your words to explain to others how events transpired. But there are a few rules all sports journalists must abide by, and this reporter in question broke almost all of them.

For starters, when covering a match, never wear the colors of one of the teams involved and definitely do not wear gear supporting one of the teams. Second, there is no cheering in the press box. While I wasn’t there and can’t say whether or not he was cheering in the press box, I bet he celebrated when Harry Wilson equalized at 1-1 in the 35th minute. Finally, do not ask for autographs or anything of the sort like a fan. This reporter clearly broke protocol by asking for a hug.

Look, we get it; everyone wants a hug from Jurgen Klopp. If he could tuck me in at night and give me a kiss on the forehead, I would sleep 1,000 times better. But this reporter should never be given credentials to cover a sporting event of any kind again. In fact, calling him a reporter is an insult to the journalists who actually follow the rules, which are not even unwritten laws. Go to any press box in America and there will be signs saying “No cheering in the press box,” and most credentials will be given with the caveat that one does not use them to ask for autographs or photos.

Should we be surprised by this? Probably not. On ESPN’s website covering the results of the match, instead of posting an unbiased story, ESPN posted a story from Melissa Reddy, a known Liverpool homer, who made the whole thing about Liverpool despite the fact Dortmund won 3-2. Such a story is fine for a local newspaper, but not for a supposed “World-wide leader.” Sports journalism is increasingly one-sided, just as people are deciding to get their news from one-sided outlets like Fox News or the Washington Post.

As a neutral, it’s hard not to enjoy what Jurgen Klopp has built at Liverpool. But this fellow asking for a hug is unacceptable behavior from someone given credentials to cover a soccer match.

I just wish I had been the one to get a Klopp hug.