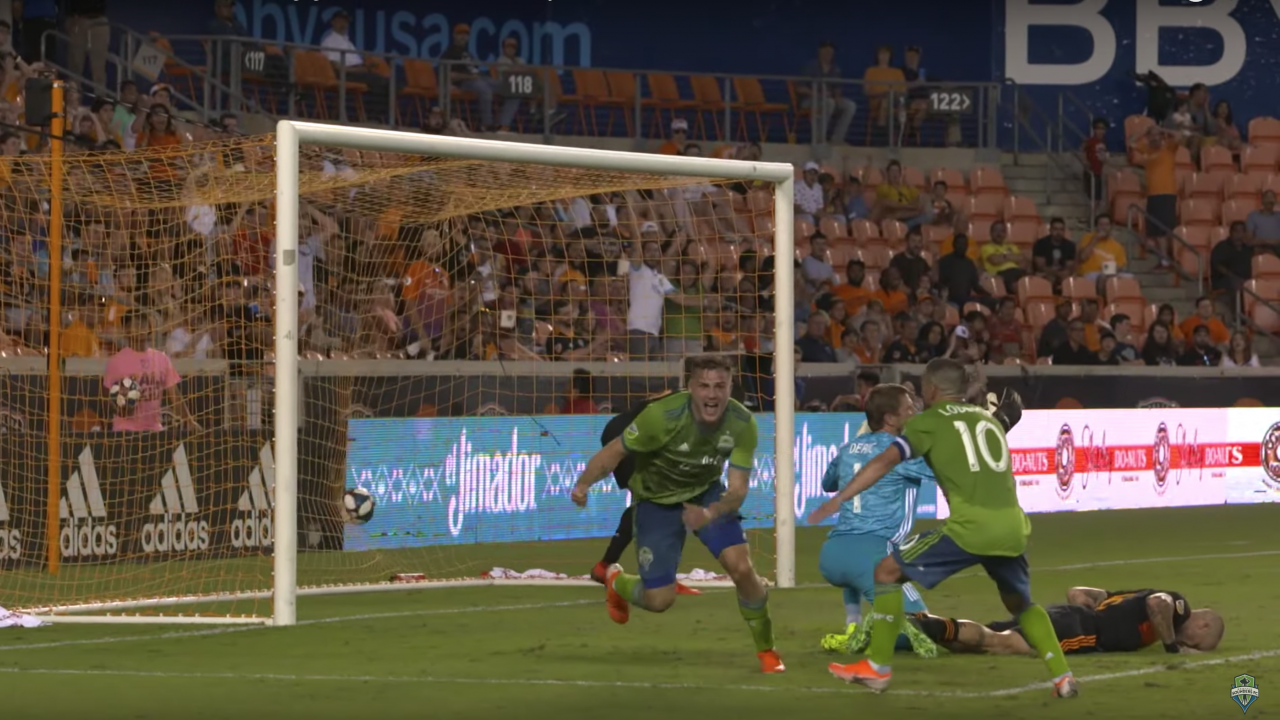 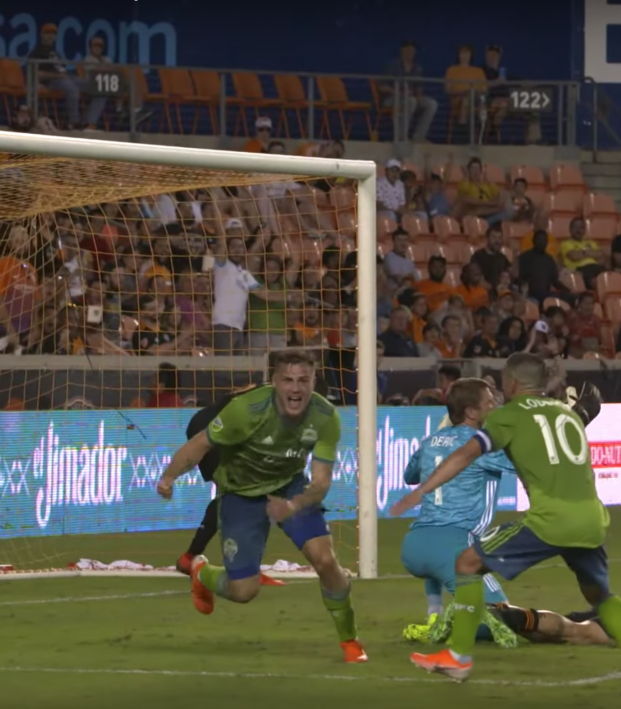 Defender A.J. DeLaGarza And The Houston Dynamo Are Pissed

Jordan Morris scored his fifth goal of the season against the Houston Dynamo on Saturday. The goal ended up being the match-winner, bringing the Seattle Sounders to an 11-5-6 record and second place in the Western Conference.

The goal itself, which took a fair amount of skill and strength from the USMNT winger, ended up being much more controversial after the match than during it.

Houston Dynamo defender A.J. DeLaGarza took to Twitter to complain about the goal, saying that Morris undercut him.

@Zakuani11 my guy you really weren’t sure what I was doing? I jumped straight up for a ball and got under cut which caused me to flip. Really in what other league is that not a foul? We can just talk about how many steps he took backwards after I was already up. pic.twitter.com/qv8iNcYaQ9

To be completely transparent I should make it known that I am a Seattle Sounders fan and I am probably bringing my own biases to this goal. But I don't see the foul in the play at all. DeLaGarza jumps forward for the ball over the top of Morris, who is moving backwards to try to collect the ball.

Regardless of what I think, the Dynamo are pretty upset that the call wasn't given. Similarly to DeLaGarza above, head coach Wilmer Cabrera showed frustration about it at the postgame conference:

“We dominated the game, but I think the referee made a mistake on that goal because that’s a foul,” Wilmer said. “All over the world that’s a foul (on) AJ DeLaGarza. But he (referee) didn’t call it. We didn’t receive the respect in that moment. Why? Because Seattle Sounders is here and Houston Dynamo is here. I understand that. But that’s a foul here, at the moon, Africa, South America, Europe. If we play in Seattle, that’s a foul if it’s (on) Seattle."

Like I said, I don't think this is a foul. But the way the Dynamo players and staff have reacted to it is almost comical.

(Editor's Note: The editor of this piece, a Dynamo fan, thinks this was definitely a foul, as Morris clearly and intentionally backed into DeLaGarza, who was not allowed to jump straight up because of Morris' interference.)