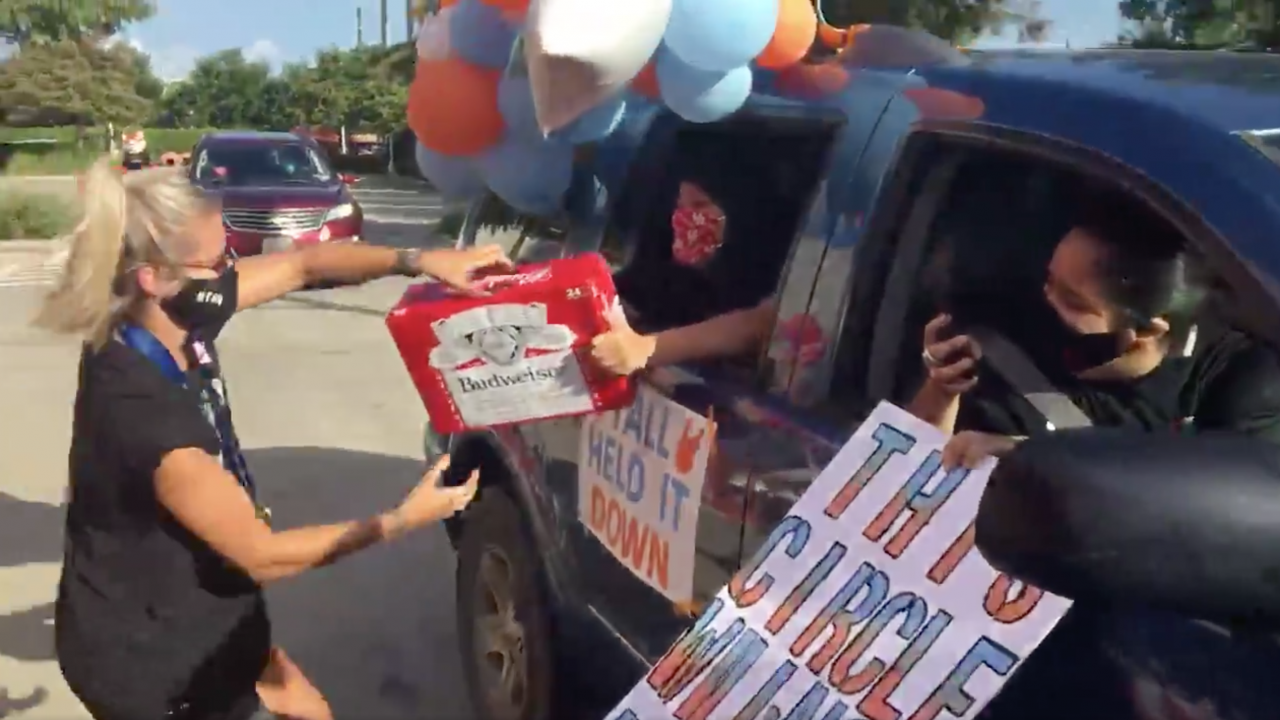 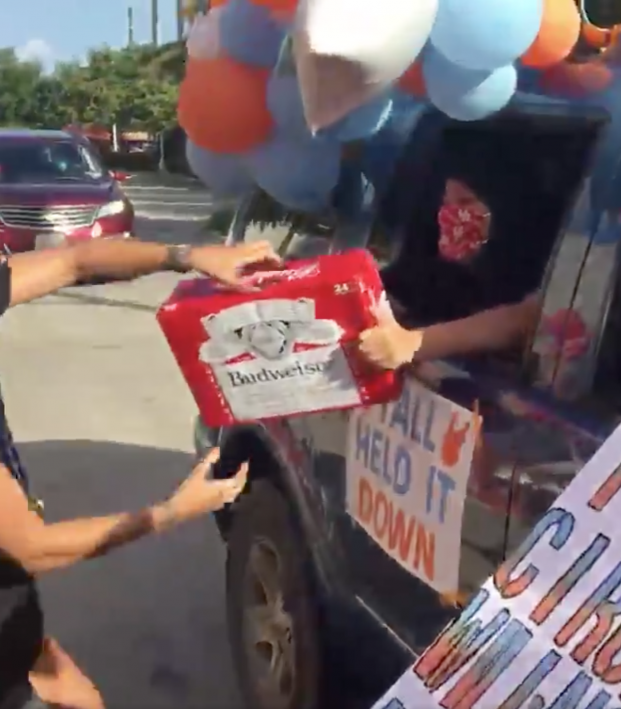 It’s been a week to remember for the Houston Dash. On Sunday, they defeated Chicago 2-0 to claim the club’s first-ever trophy. They then filled said trophy with beer and probably haven’t stopped drinking since.

Back in Houston on Thursday, the Dash celebrated their title with a victory parade, albeit a socially distanced one given we’re still in the midst of a deadly pandemic, one that has been especially hard on the Bayou City. Instead of the players parading through town, the Dash set up in BBVA Stadium and allowed fans to drive by to celebrate the NWSL Challenge Cup. More than 300 cars came through in celebration.

We love the dedication  pic.twitter.com/5Z7dG0FvLW

The best part of the Houston Dash parade came thanks to a van that came well-prepared to bring smiles to the faces of Dash players. After winning the trophy in Utah, Dash players drank a ton of Budweiser, which is a sponsor of NWSL. Shea Groom, the MVP of Sunday’s final, even dunked her Aggie Ring in the Challenge Cup, chugging the whole damn thing.

So it’s no surprise the Dash players, who were already drinking Buds, were pretty excited when some fans rolled up offering an entire case of Budweiser.

Rachel Daly, MVP of the Challenge Cup, came out to accept the beer, though she maybe shouldn’t have posed so closely to the fans given the pandemic (at least they had masks).

Daly gave another fan a hug, though he wasn’t just some random dude passing by. Zarek Valentin, fullback for the Houston Dynamo, stopped by to say hi, hopefully having left his groin magic spray behind.

The Houston Dash parade was a great way to allow fans to celebrate with the players while also staying safe. Importantly, players and most every fan wore masks because they actually listen to science, unlike some in positions of power, like Texas Rep. Louie Gohmert, a man who embarrasses Groom’s university every day and contracted Covid-19.

Overall it was a great day of celebration for Houston, which hasn’t had a soccer title to celebrate since the Dynamo won back-to-back MLS Cups in 2006 and ’07. It was Houston’s first pro sports title since the Astros won the 2017 World Series. While the Dash’s first trophy came in the weirdest of seasons, the only NWSL team without a USWNT player deserves all the credit in the world for coming out of that tournament on top.