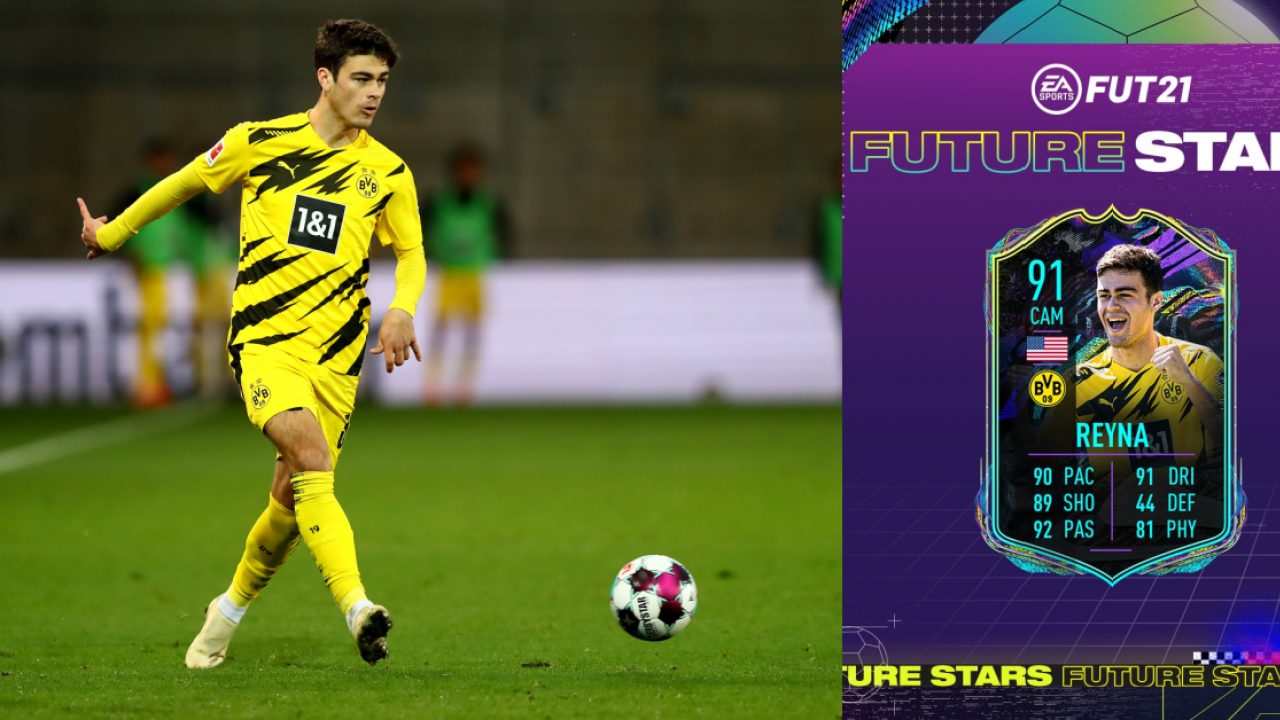 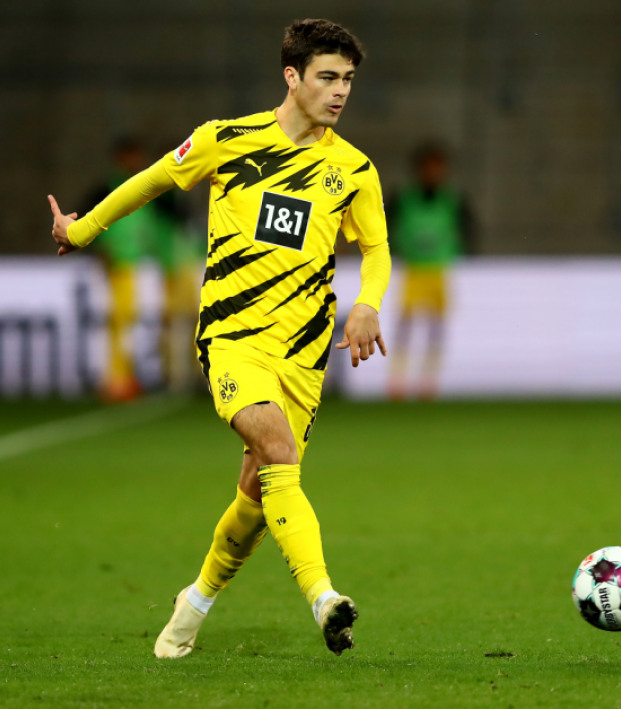 As an American soccer website, we at The18 feel obligated to cover every little thing about our beloved Americans abroad. Exactly one year and a day ago, we wrote about Gio Reyna’s first Borussia Dortmund goal, an absolute worldie against Werder Bremen. We covered him before the goal and we continue to cover him today. The latest update on the 18-year-old American is a new Gio Reyna FIFA rating that is absolutely bonkers. We love it.

Gio Reyna headlines FIFA’s latest FUT 21 promo called Future Stars, wherein EA Sports boosts the ratings of U-23 players with massive potential. No one received a bigger upgrade than Reyna, who saw his rating skyrocket from 68 to 91.

Despite his regular place in Borussia Dortmund’s lineup, Reyna was given a 68 base rating for FIFA 21. Obviously we’re slightly biased when we say that rating is way too low. That said, his new rating is a bit absurd too.

At 91 overall, this Reyna card — available for a short time on FUT — is rated higher than the base cards for Kylian Mbappé, Virgil van Dijk and Mohamed Salah.

A closer look reveals his stats are actually even better than Lionel Messi and Cristiano Ronaldo overall. With 90 pace, 89 shooting, 92 passing and 91 dribbling, Reyna has a total stat score of 2,287, higher than the base cards for Messi (2,273) and Ronaldo (2,258). Slap a Hunter chemistry style on this Reyna card and he jumps to 99 pace and 95 shooting with full chemistry, becoming an absolutely ferocious attacking option.

What’s more, in the second week of the Future Stars promo, Reyna will get a second upgraded card with similar stats but at right mid. This card will also be 91 overall but with 92 pace, 88 shooting, 91 passing and 92 dribbling, giving players another option that might fit better into their squads.

The Future Stars promo also gave a big boost to Reyna’s international teammate Sergiño Dest. The Barcelona right back was already a decent cheap option in FUT based on his 87 pace and 75 overall rating, but his Future Stars card makes him better than Trent Alexander-Arnold, the best base right back in the game.

Dest’s upgrade pushes his total stats to 2,338, even better than Reyna’s card, because Dest actually gets some decent defensive abilities. With the Hawk chemistry style, Dest basically becomes a fully maxed out right back with a strong link to Lionel Messi, the highest-rated base card in the game.

Of course, none of the Future Stars cards are based on current abilities. The whole idea of the promo event is to show how good these young players can become. That and to sell more packs.

It’s great to see the up-and-coming U.S. talent being recognized internationally with these ratings based on potential, even if EA Sports probably included the Americans knowing how many of them play FUT and will want to spend money to obtain them.

FIFA Ultimate Team is all about creating better and better cards throughout the year for gamers to pursue, all in hopes that they’ll pull out the credit card to buy more chances at one of these great but ridiculously cards. It’s the reason Messi and Ronaldo, the two greatest players of the FIFA era, are given ratings in the low 90s every year. FIFA rates these players well below what they should be so that they can release better versions of the players later in the year to sell more FUT packs. It’s disgusting and insanely profitable.

Unfortunately, anyone who wants to get one of these amazing USMNT cards will have to either get really lucky or spend a lot of money. At least last year when Weston McKennie got an 86-overall Future Stars card, it was available in a Squad Building Challenge, which takes a bit of the luck out of obtaining it.

Personally, in my first year of actually putting time and effort into FUT, I’m not going to even bother trying to get any of the Future Stars cards. Then again, I’ve been lucky enough to score Ronaldo, Messi and Team of the Year Alexander-Arnold in earned packs to create an awesome 90-rated squad that still gets beat by folks who just put the fastest players in the game in their squad, because EA Sports still hasn’t figured out how to balance speed with actual footballing ability. (Yes, I’m bitter.)