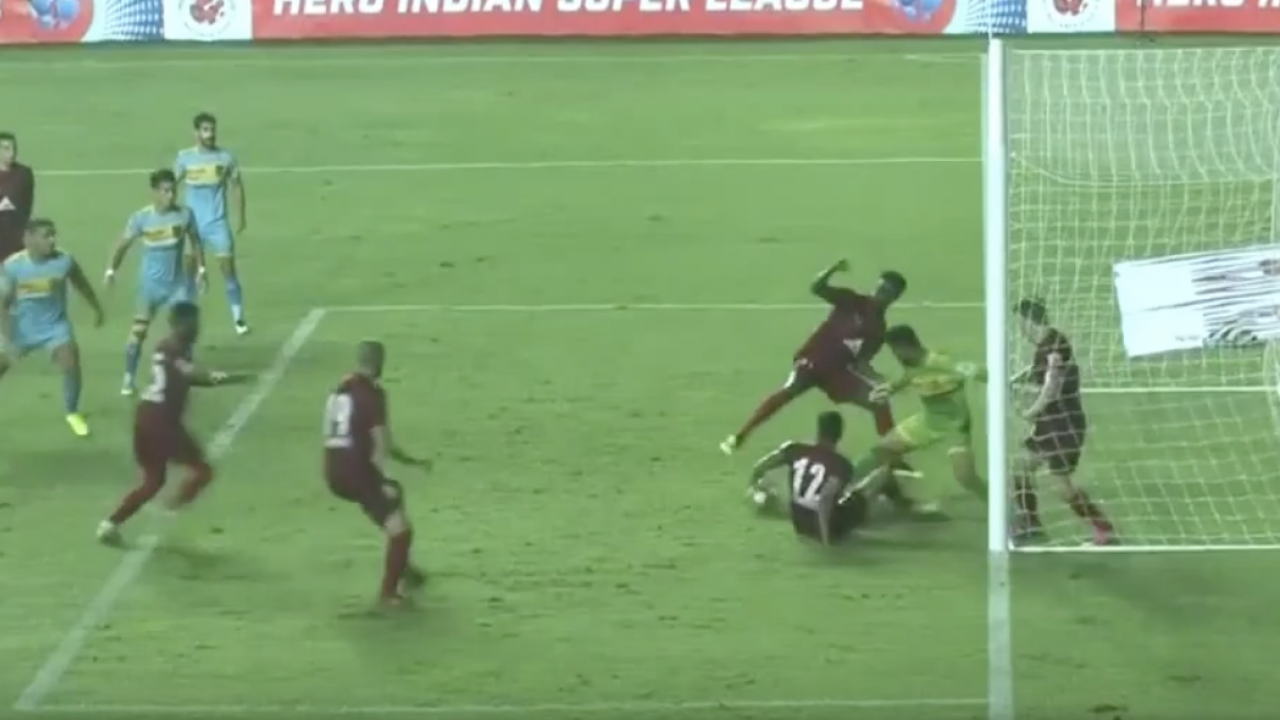 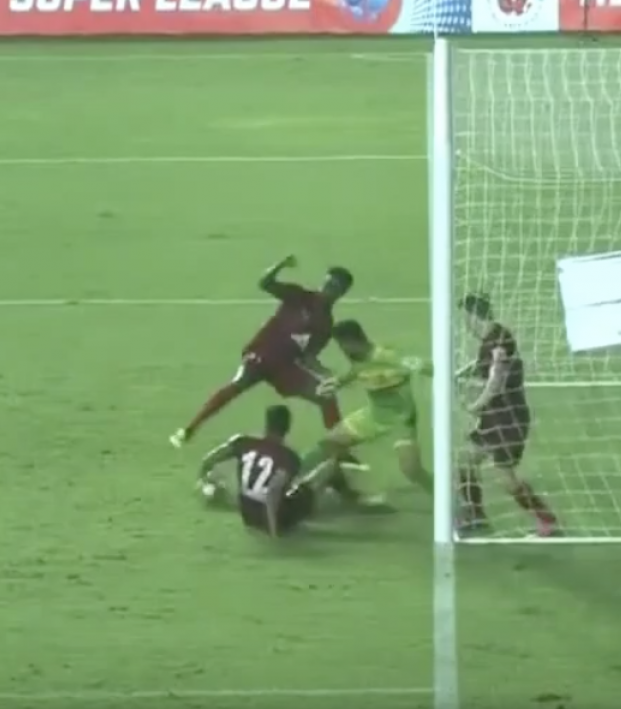 A goalkeeper from the Indian Super League won’t be thanking his teammates anytime soon after they practically left him to the wolves during Friday’s league game. This funny soccer goal is akin to what parents would expect to see when their 8-year-olds play.

Hyderabad goalkeeper Laxmikant Kattimani tried everything in his power to ensure his side went into halftime with the lead. In the final moments of the half, Kattimani’s side led 2-1 when all hell broke loose in his box.

Rather than the Hyderabad defenders helping their goalkeeper in any way, shape or form, they decided to be five years late for the mannequin challenge. The opposing team almost managed to screw up the opportunity and the final product resulted in this mad scramble.

Kattimani’s side would overcome the garbage goal it conceded and pull out a thrilling 4-2 victory.

Before you start thinking of any Indian Super League slander, perhaps this superb game-winning goal from Hyderabad’s Liston Colaco will change your mind.

What a banger. If Lionel Messi scored a goal like this, we wouldn’t stop talking about it for weeks.

Colaco would score again in stoppage time to seal the victory of an action-packed game.