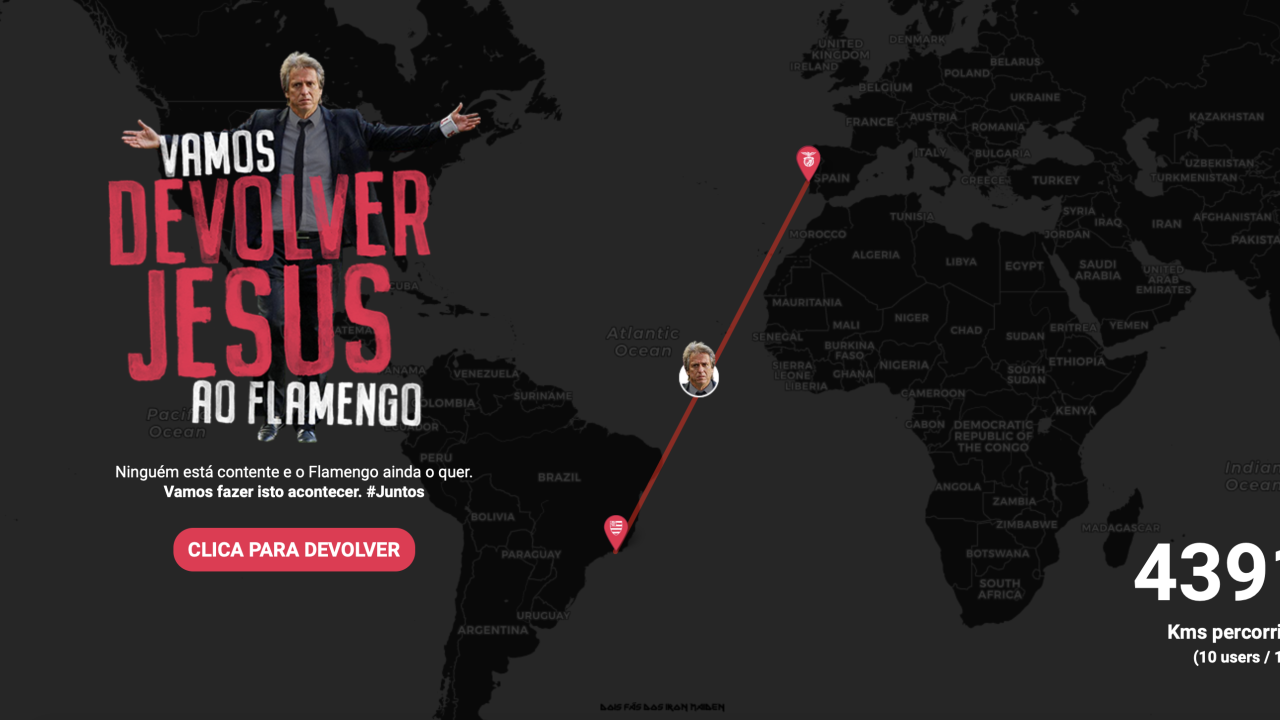 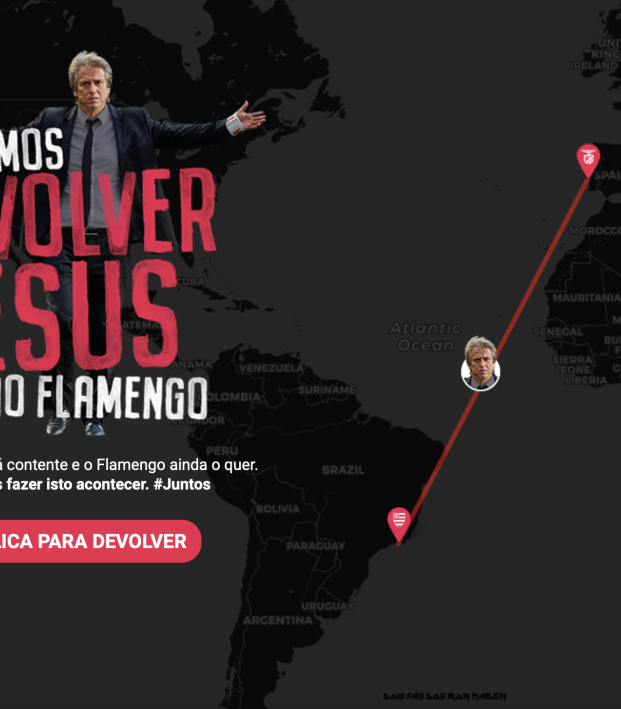 When the fans of a club want their manager to hit the road they often express their displeasure via banners and a #so-and-so-out. The hashtag for a manager to go often hits the social feeds after a tough loss, even Gregg Berhalter has had his name trending in an outward direction.

Supporters of Portuguese giants Benfica have taken their expression of resentment toward their manager to a whole new, genius level.

Jorge Jesus, manager of Benfica, hasn’t had a pleasant return to his former club. Jesus played for Benfica in the ‘80s and had a successful stint as manager from 2009 through 2015. When he returned to the Lisbon club in 2020 after a year with Flamengo, he hoped to recreate that success.

The success hasn’t come and now the Benfica fans have created a cruel yet hilarious website to send Jesus back to Flamengo. 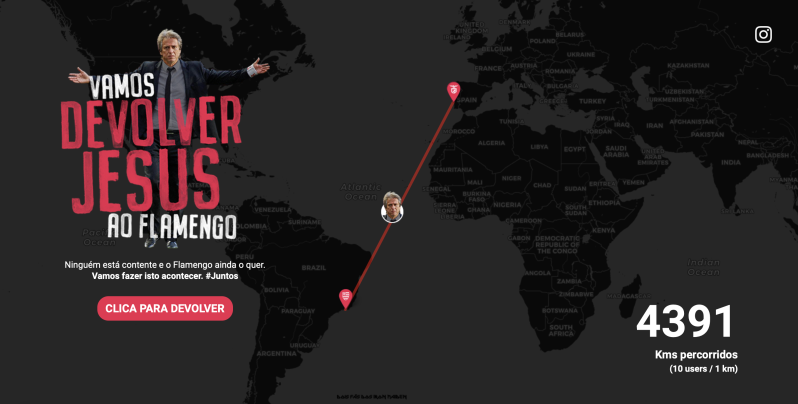 Anyone who visits the website gets one click each day. Every time someone presses the “clica para devolver” button the little Jesus icon moves 0.1 kilometers closer to Rio de Janeiro. Over 40,000 people have clicked the button. I’m not going to lie, I clicked it too.

The text on the front page reads, “Nobody is happy and Flamengo still wants him. Let’s make this happen.”

Jesus was fantastic for Flamengo winning the league, the Copa Libertadores, three other pieces of silverware and took Liverpool to the wire in the 2019 FIFA Club World Cup. Flamengo would love to have him back while Benfica would love nothing more than to see him go.

Whoever created this website has too much time on their hands and we should absolutely give them more.