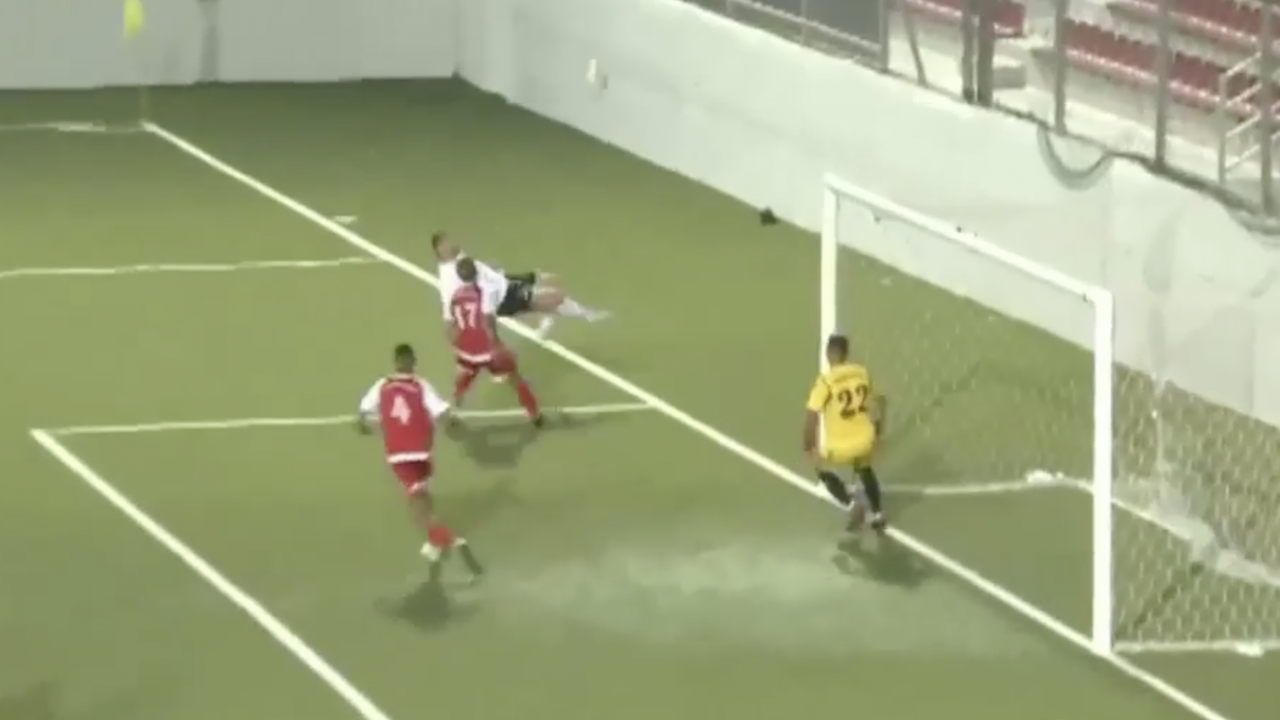 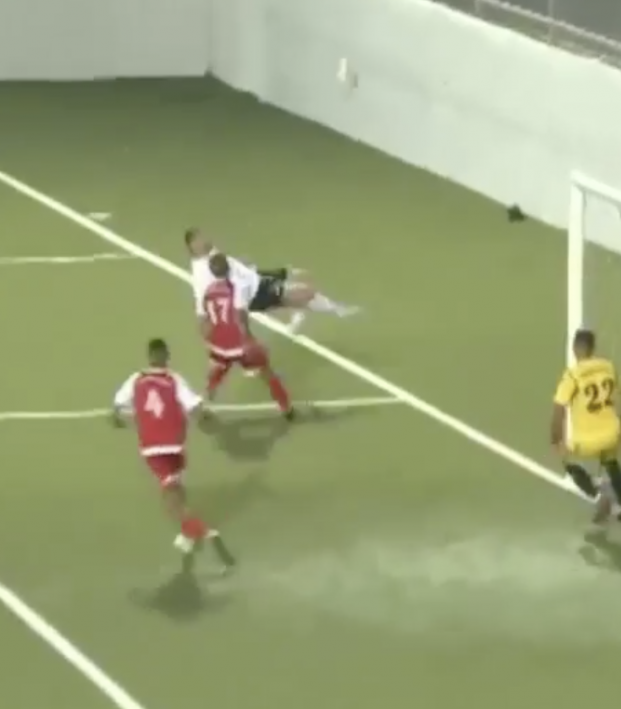 One big-man soccer player from Palestine’s second division has given physics the middle finger after he scored an impossible end line bicycle kick goal on Tuesday.

With his team Alarabi Beit Safafa stuck in some nervy final minutes tied at 1-1, a hero was needed. Who in all of Palestine could emerge from the shadows and answer the desperate call for a game winner? This one man who has been mocked on the internet as “Marco Fat Basten” knew that it was he, and only he, who had the wit, tenacity and audacity to attempt an unthinkable move.

Beit Safafa’s injudicious opponents predictably underestimated the Paul Bunyan Pogba lurking at the back post. After becoming practically parallel with the goal post, the time was nigh to unleash an otherworldly overhead kick that the forefathers of physics could only have gawked at.

For a brief moment, time ceased. The opposing goalkeeper was frozen along with time itself as the ball became possessed with a spinning sensation that mimicked a Beyblade. As the ball began it's descent into the goal, an impalpable wave of euphoria washed over the players.