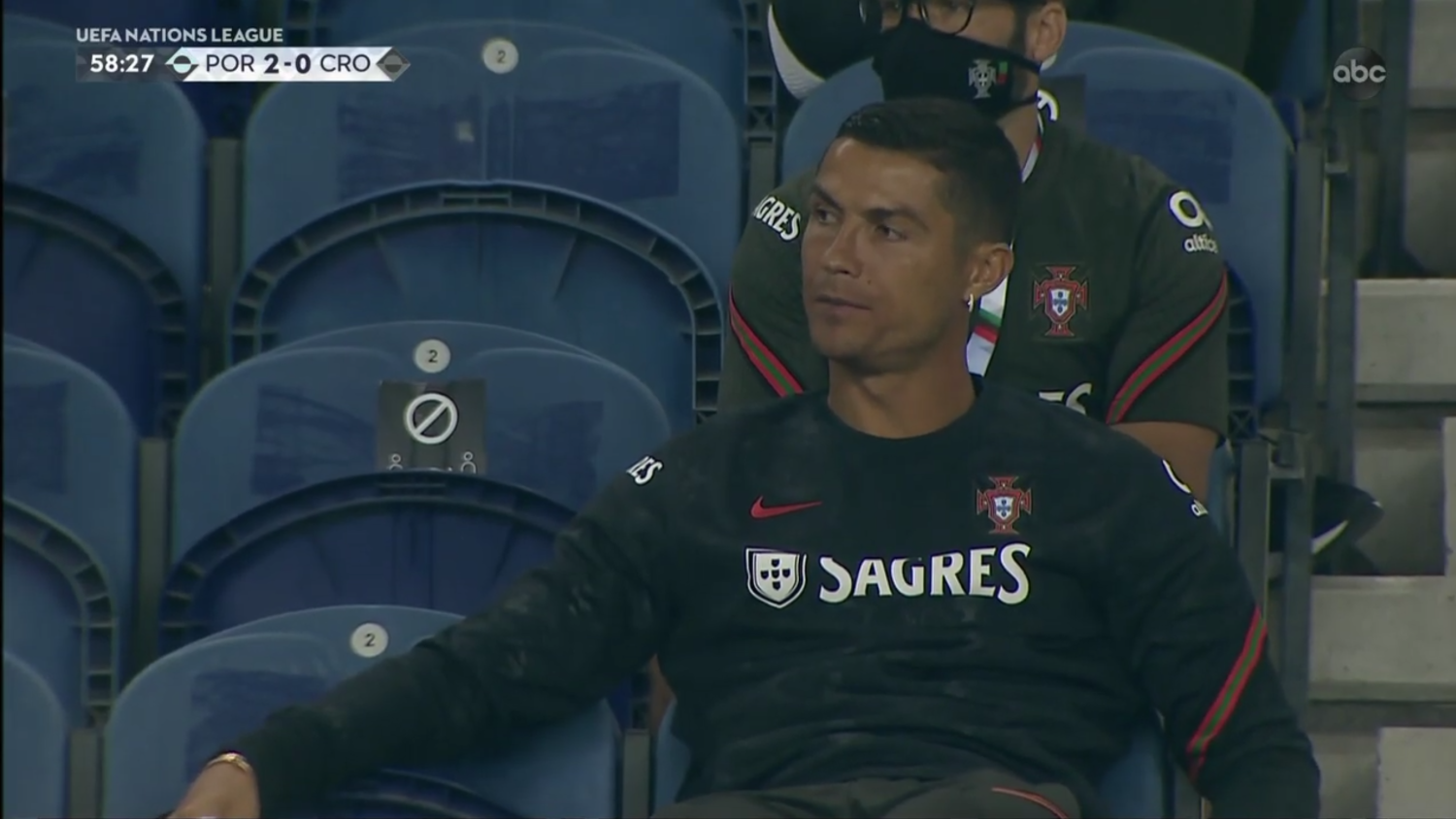 The stage was set for Cristiano Ronaldo to become the second man to ever score 100 international goals this weekend. Instead, he watched his country take on Croatia from the stands, with a toe injury keeping him out of Portugal’s lineup.

Ronaldo watched as the 2016 European champions dominated the 2018 World Cup runners-up 4-1 on Saturday in the UEFA Nations League. It was a comprehensive victory for the reigning Nations League winners, though you’d never know it from Ronaldo’s reactions.

There was a measure of expectation for Ronaldo heading into this international break that he might be able to join Iran’s Ali Daei as the only other man to score 100 goals at the international level (17 have done it on the women’s side). So much so, ESPN chose to make the match a national broadcast on ABC (following England-Iceland, which was also on ABC). While the fact no big-time college football programs are playing right now certainly played a role in this decision, it showed the anticipation heading into the match (and the disappointment of his absence.)

There’s no doubt Ronaldo would love to break Daei’s international goals record of 109, and sitting 10 back on 99 the only thing that’ll keep him from the mark is injury. And it was injury that kept Ronaldo out of the UEFA Nations League Group A3 match. Ronaldo clearly isn’t used to watching Covid-19 era matches from the stands, as he had to be reminded to wear a mask. (Let this be a reminder to everyone to wear a mask in public.)

Ronaldo’s reaction was a brilliant piece of acting, checking to see if others were wearing masks before complying. He wouldn’t be wearing his mask for long though.

João Cancelo opened the scoring in the 41st minute, finally providing the breakthrough for a dominant Portuguese side with a stunning strike you’d expect more from a winger like Mo Salah than a right back.

When the camera cut to Ronaldo (about 0:32 in the highlight video below), he looked like he was watching the final nervy minutes of a 0-0 match, not witnessing his country take the lead just before halftime on a cracking goal.

João Cancelo with an absolute rocket to the top corner  pic.twitter.com/vOsBfmUELQ 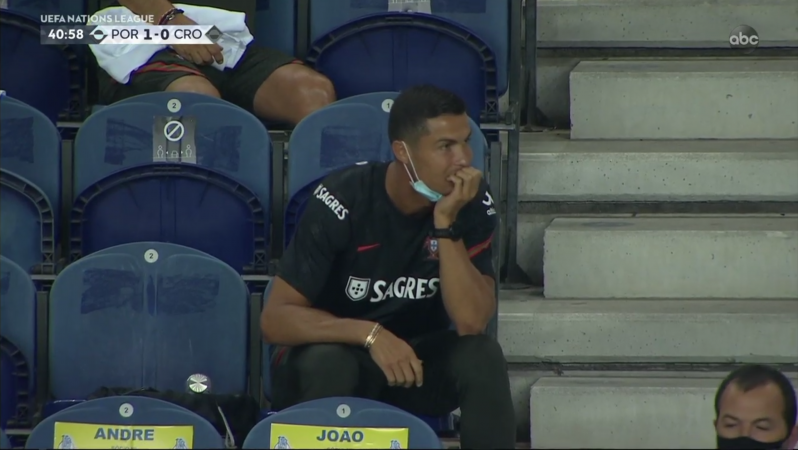 Diogo Jota doubled the advantage 13 minutes into the second half and once again the story was the same: Ronaldo reacted like he was being forced to watch Love Island. 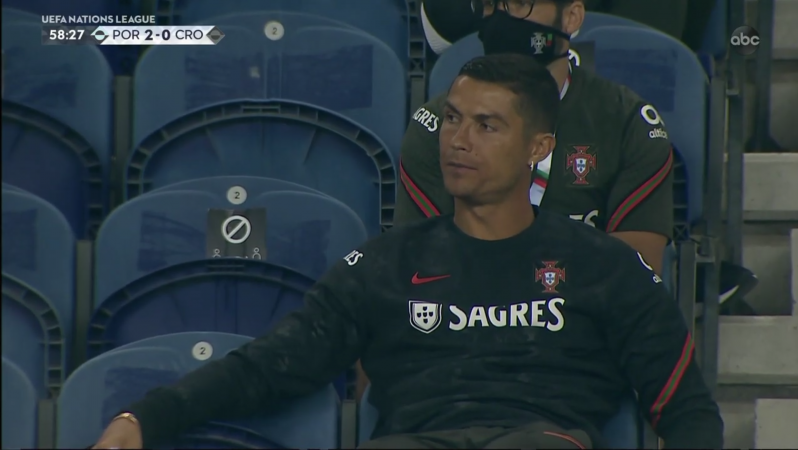 Now to be fair to Ronaldo, the cameras didn’t cut to him until about 10-15 seconds after the goal, so it’s possible he was jumping out of his seat in jubilant celebration. But the fact he didn’t even crack a smile when he has to know the cameras will be watching his every move is all we need to use our jump-to-conclusions mat.

Unfortunately, the cameras didn’t cut to Ronaldo after Portugal’s third goal. João Félix obliged announcer Adrian Healey with his first international goal in the 70th minute to make it 3-0.

.@AdrianHealey spoke it into existence!

We can’t say what Ronaldo’s reaction to that goal was, but based on the two earlier goals, we can guess it was something between ADHD child in the 45th minute of a geography lesson and your dad on the verge of falling asleep during the 10 p.m. news.

Croatia would get a late consolation goal through Bruno Petkovic in the 91st minute, and Ronaldo’s reaction was an annoyed eye-roll. While it was more subtle than the legendary James Harden eye roll, it was still a perfect embodiment of his feelings at the moment. (Note he once again had his mask off.)

Portugal would close the match out with one more goal on the last kick of the game, André Silva turning in a header from Pepe to complete Croatia’s humiliation. As it was the end of the match, we didn’t get one last look at Ronaldo, who probably sprinted for the exits so he could get some more training reps in to ensure he’s back on the pitch ASAP.