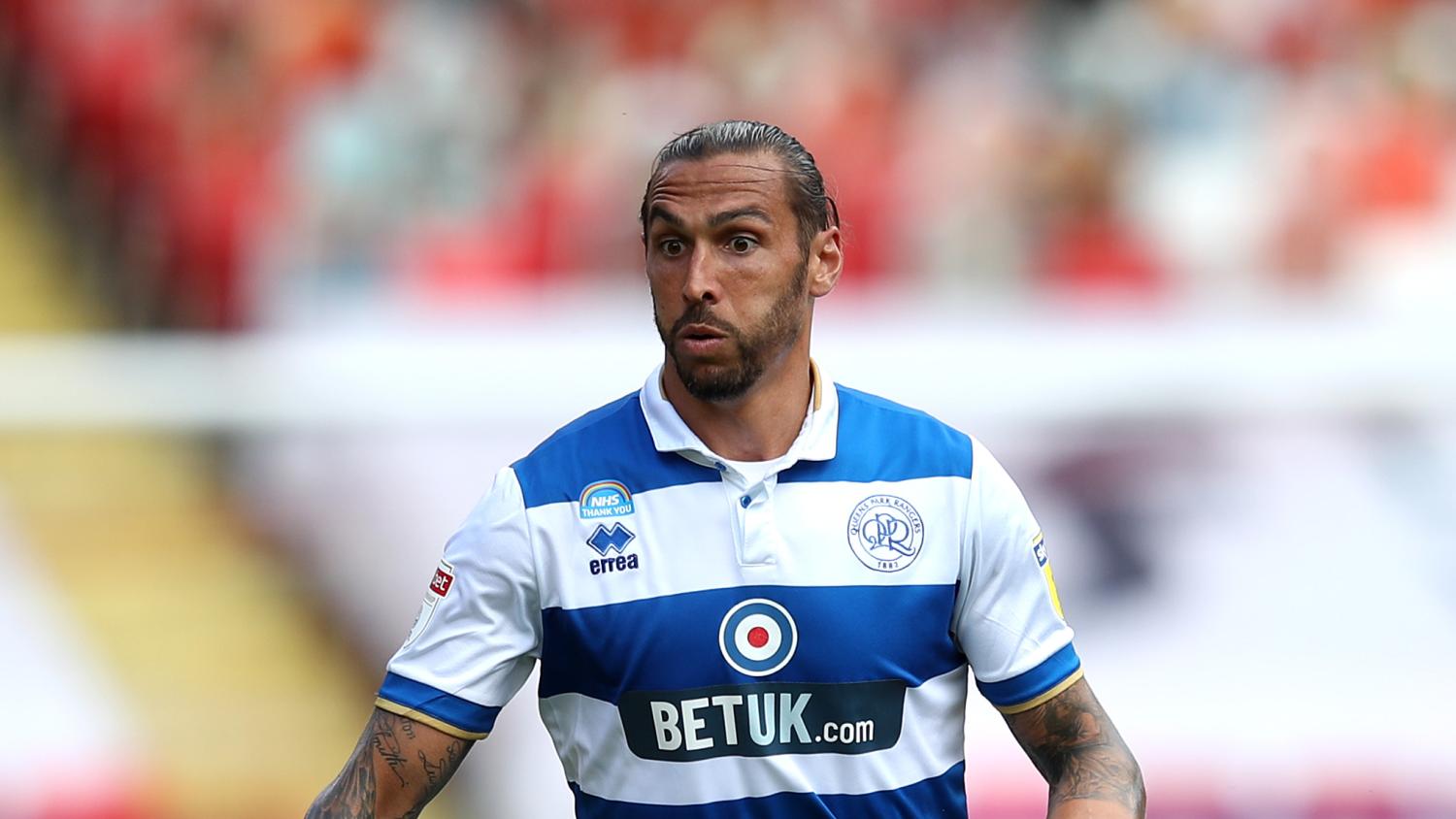 When it comes to his footballing abilities, Geoff Cameron is one of my favorite players of the last two decades. His versatility to play anywhere on the pitch for the Houston Dynamo from 2008-12 helped propel him onto the USMNT’s 2014 World Cup roster and a six-year stint with Stoke City in the Premier League.

Off the pitch, however, Cameron is now one of my least favorite players after spreading harmful misinformation on his Instagram account.

Geoff Cameron has more than 77,000 followers on Instagram, a product of his status as one of the few Americans to have played in England for an extended period of time. Though he’s now with QPR in the Championship, he remains one of the best defenders in the U.S. pool (despite not having been called in since 2017).

Cameron played the full 90 in a 1-1 draw with Luton Town on Tuesday, so maybe he was a bit tired on Wednesday when he posted the following to his Instagram stories, a misleading image and statistic about Covid-19. Cameron added his own (baseless, unproven) commentary with an all-caps “FACT” as if that means everything he said is true. 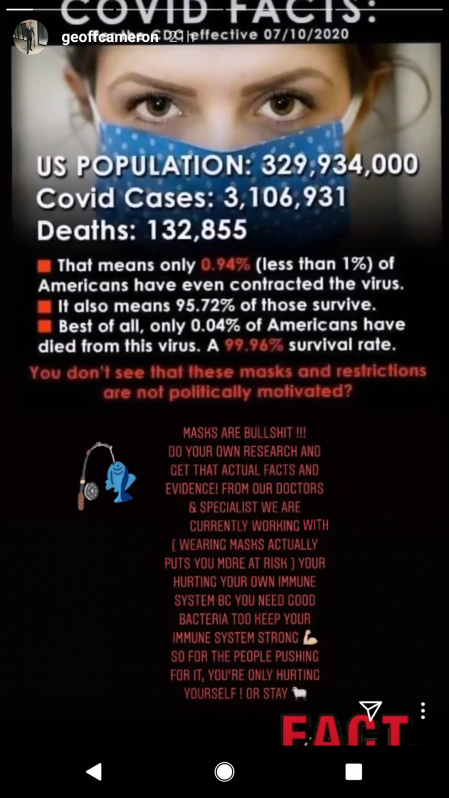 Let’s be clear and simple here: Don’t listen to Geoff Cameron. Wear a fucking mask whenever you’re in public.

The CDC announced on Tuesday that every American should wear a mask to prevent the spread of Covid-19. Having read the medical research, the CDC affirmed face coverings are “a critical tool in the fight against Covid-19,” adding “there is increasing evidence that cloth face coverings help prevent people who have Covid-19 from spreading the virus to others.”

“We are not defenseless against Covid-19,” CDC Director Dr. Robert R. Redfield said. “Cloth face coverings are one of the most powerful weapons we have to slow and stop the spread of the virus — particularly when used universally within a community setting. All Americans have a responsibility to protect themselves, their families and their communities.”

You can read more about the studies that led the CDC to this conclusion here if you don’t believe us, and you should because we’re just a soccer website, not a medical authority.

Unfortunately, only about 75 percent of American adults are wearing masks in public. As a result, Florida has become the Covid-19 epicenter, and no, it’s not just because MLS players arrived.

Yet masks have become politicized in the U.S. because some people don’t understand how science works. While initially the public was told not to wear masks, the scientific method by definition involves reassessing previously held truths, and the science now supports wearing masks. There is absolutely no evidence that wearing a mask in public hurts one’s immune system, as Cameron falsely claimed.

We would like to point out a flaw in Geoff Cameron’s logic. He claims “FACT” on the numbers of people who have caught and died from Covid-19, but the numbers are incredibly misleading.

Yes, the death rate of Covid-19 is around 1 percent, but that doesn’t mean such a disease cannot be devastating to our country and the economy. If no one wears a mask or socially distances and everyone catches the coronavirus, then that means 3 million people would die. That’s about three times as many deaths as combat deaths in all wars the U.S has fought since the American Revolution. When you add in the “FACT” people of color and the poor will be inordinately affected, this would be a devastating tragedy.

But there’s more: It’s not like deaths are the only negative outcomes of the disease. While death is the worst of outcomes, it ignores the people who are hospitalized, many of which will have permanent heart, lung or brain damage while also having to deal with crushing medical costs. We don’t even yet know what the lasting effects of the disease are. And again, this will inordinately affect people of color and the poor.

Let’s be real here: The only people who are still staunchly against masks are the same type of people who think climate change is a hoax and vaccines give kids autism. Even Donald Trump was spotted wearing a mask recently. (Shit, we may want to check to see if Cameron thinks the Earth is flat.)

This anti-science sentiment raging through the U.S. (and many parts of Russia and Brazil) must stop. People with a large platform like Cameron must stop spreading blatant, dangerous misinformation.

Sure, if Cameron catches the ‘rona, he’ll probably be fine. He’s a fit 35-year-old with plenty of money to pay for medical bills. But this is about protecting the most vulnerable, limiting the spread of this devious disease and saving lives.

If more than half a million deaths in the world, including more than 137,000 in the U.S. alone, isn’t enough to convince Cameron to do something as simple as wearing a mask to prevent another death, then Cameron is probably beyond reach at this point; no amount of science will change the minds of the obstinately anti-science.

It’s one thing when Geoff Cameron espouses his political opinions on social media, but when he starts telling people not to wear life-saving facial coverings, we feel we must speak up. The least he could do is not spread harmful misinformation to his tens of thousands of followers.

And wear a fucking mask.