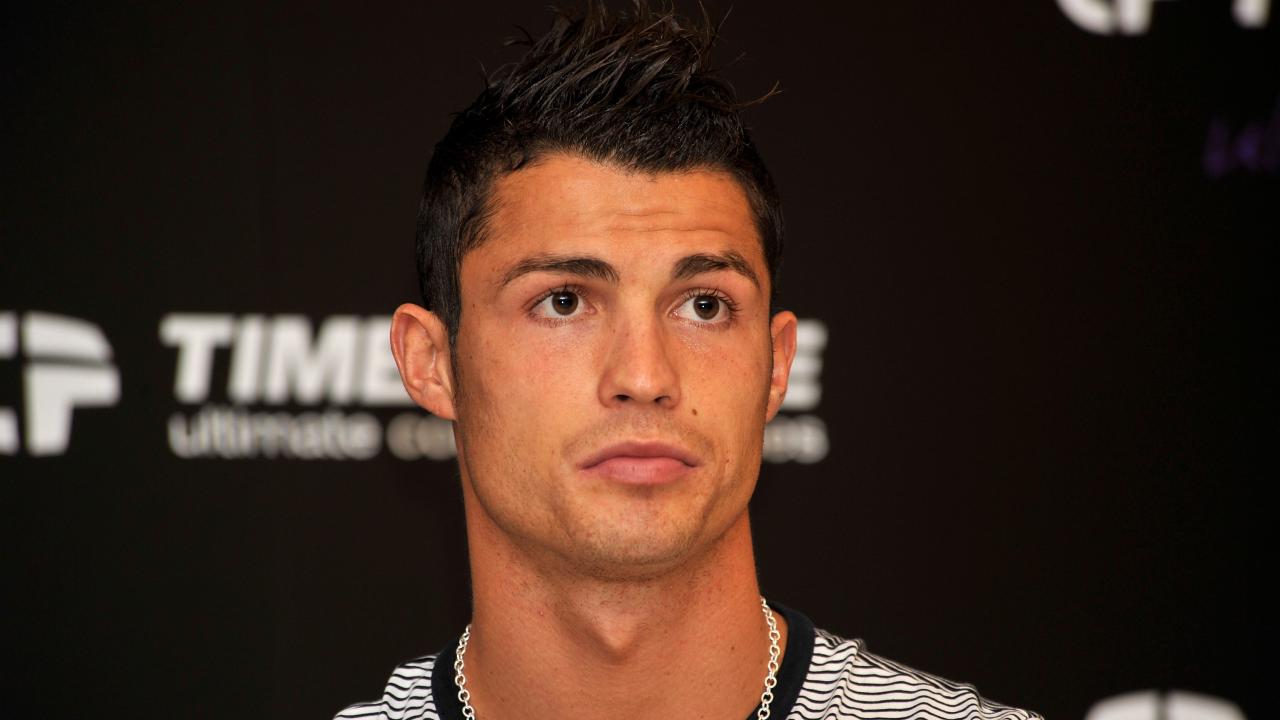 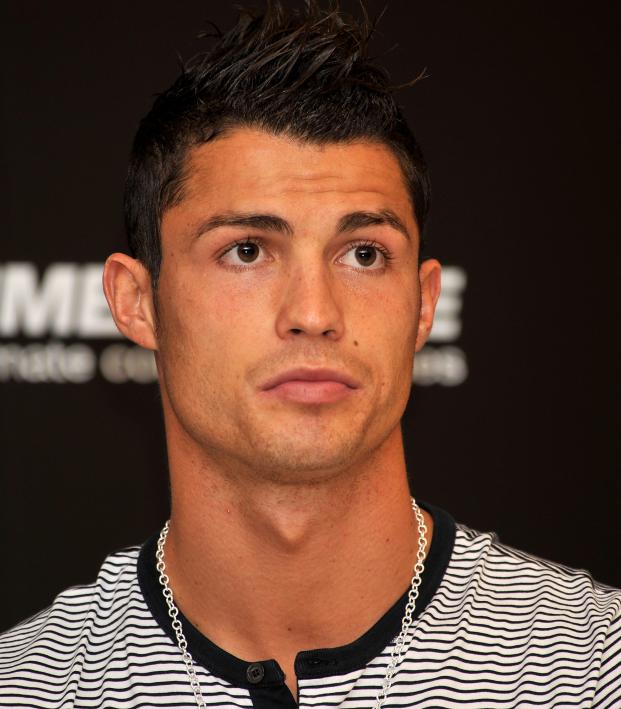 Jasmine Lennard, one in a long list of Cristiano Ronaldo girlfriends, does not like the Juventus No. 7 and wants the world to know.

Lennard, somewhat of a reality TV star and model in the UK, used Twitter on Tuesday to denounce Ronaldo and support Kathryn Mayorga, who has accused the Portuguese striker of raping her in Las Vegas in 2010 and has recently sought to have their out-of-court settlement voided.

Ronaldo and Lennard reportedly had a fling around 2010 while Ronaldo was dating Irina Shayk, a relationship that lasted from 2010 to 2015. Lennard said Ronaldo demanded she not date anyone else while they were together or even leave her house under threat of cutting her body into pieces and throwing them into a river.

Among the wilder points from Lennard’s diatribe were calling Ronaldo a psychopath, accusing him of bragging about bullying his baby mommas and giving permission slips to her if she wanted to go out.

While it’s hard to prove any of Lennard’s accusations (she said she has proof), it’s worth listening to what she has to say, because too often powerful men are able to get away with horrifying crimes.

Here’s a taste of her tweets. They get more salacious as they go, so it’s worth reading all of them. Ronaldo’s response is at the bottom.

Edit Jan. 10: Lennard appears to have deleted her Twitter account, but you can still read her tweets.

Watched #SurvivingRKelley last night. Sickening. Absolutely sickening that because people are so enamoured by him and his musical talent he’s been able to get away for SO long with these vile criminal acts of abuse and paedophilia. @rkelly #MuteRKelly

On that note and after much thought i am reaching out to Kathryn Mayorga and her legal team to offer my assistance in her rape allegation against @Cristiano please contact me. I have information that I believe will be beneficial to your case and I would like to help you.

There is nothing in this life that I hate more than bullies. People who abuse their positions of power and bully people who don’t have the capacity to defend themselves.

No one has any idea what he is truly like and if they did. If they had half a clue they’d be horrified. I’m not sitting back any longer and watching him lie in the brazen arrogant entirely insensitive way that he is whilst he employs teams of PR’S and lawyers and investigators to https://t.co/bJGjgriImC

Bully and stalk and harrass and frighten and repress Kathryn Mayorga. I am going to do everything I can to help her. https://t.co/OyGZidj9pD

No it doesn’t. The word NO means NO. The word STOP means STOP. If you continue a sexual act while a woman is screaming for you to stop you are a rapist and a monster and I don’t give a fuck how good you can kick a football or sing a song. https://t.co/DGjPZGeht4

The way some of these characters act after too. They genuinely believe their untouchable because of their celebrity. The way he has behaved since the allegations surfaced have made me feel physically sick. Donning a super man outfit. Zero sensitivity to the victim and other https://t.co/DGjPZGeht4

Victims of sexual abuse. He legitimately thinks he’s going to get away with it. Not now. I have had a relationship with him for a decade. We have been communicating pretty much on a daily basis for the last year and half and I have messages and recordings that’ll be invaluable to https://t.co/DGjPZGeht4

Kathryn and her team in showing his true nature and character how unwell he is. I refuse to sit back any longer. It’s wrong. It makes me feel like I’m complicit. I just can’t. Reach out to me Kathryn i will help you. X https://t.co/CntNPpocJb

Despite his best efforts to persuade me to stay silent and get on board with supporting and defending him Im going to do the right thing and share with the public so you can make your own minds up. He may attempt to sue but it’s in the public interest so he’ll fail miserably.

Arrogant MF. Everyone has their day of judgement and yours is coming.

Hundreds of messages I have of him taking and laughing about how he psychologically bullies the shit out of his baby mother and treats her like crap. Messages about all the times he’s cheated on her. Stories of sexual conquests that mirror Mayorga’s. In depth convos where he

Acknowledges and shares about having SERIOUS mental health issues. All the LIES surrounding his children and their baby mothers. He’s a BULLY and he’s a LIAR. His whole life is a LIE. Fucking psychopath.

I have had threats against me and my family I have been informed that a file was created on me to try and dig up dirt and that myself and my child are being being followed by detectives he hired. It’s enough.

Who the hell do you think you are @Cristiano

And he was doing that while we were on good terms! Imagine that. I found out by pure chance. Someone in his lawyers office a junior with a big mouth told me he’d been paying thousands to have me monitored. https://t.co/SEXdys4JUs

Told me if I dated anyone else or if I left my house he’d have me kidnapped and have my body cut up and put in a bag and thrown in a river. Yes I have proof of everything I’m saying. He’s a psychopath. https://t.co/SEXdys4JUs

Control issues doesn’t even begin to cut it. He’s a whole other level. I have a whole file of threats he’s made against me for NOTHING. Literally 1000 ways I’m going to die his temper is disgusting. He told me if I wanted to go out he would give me permission slips at one point. https://t.co/GqCl9KXPDy

No I’m not scared of him and yes I’ve kept ALL his dirty secrets for a decade there are SO MANY. This was a step too far. I can not and will not get on board defending him against these allegations when I believe he is guilty. https://t.co/kYeVp6d4qk

I have more than ten years it too. It’s tabloid gold. It’s the life line Kathryn Mayorga desperately needs it’s not just for her though that I’m doing it it’s for all the women he’s bullied and wronged all the baby mothers too. It’s called karma and it’s being served. All the https://t.co/mdLPRERYYg

Arrogant messages he’s sent me about how he’s going to get away with it because the world loves him gloating how none of his sponsors left saying Portugal will always support him. I told him. We ll see about that. https://t.co/mdLPRERYYg

You have NO idea. This is literally just a few small details. No one would believe the things I’m going to share if I didn’t have proof but thankfully because I’m a smart girl I have an abundance of it. Games up. https://t.co/N8ZEihw6Ua

I know. That’s why I haven’t done anything this far. I’m really sick and been battling medical health issues. Something just hit me after watching that R Kelly docu. I can’t sit here knowing everything I do and say nothing and let him bully this girl and get away with it all. https://t.co/kVy2cU7X1Q

As Lennard’s Twitter tirade died down, Ronaldo tweeted this picture of him wearing what appears to be jorts: